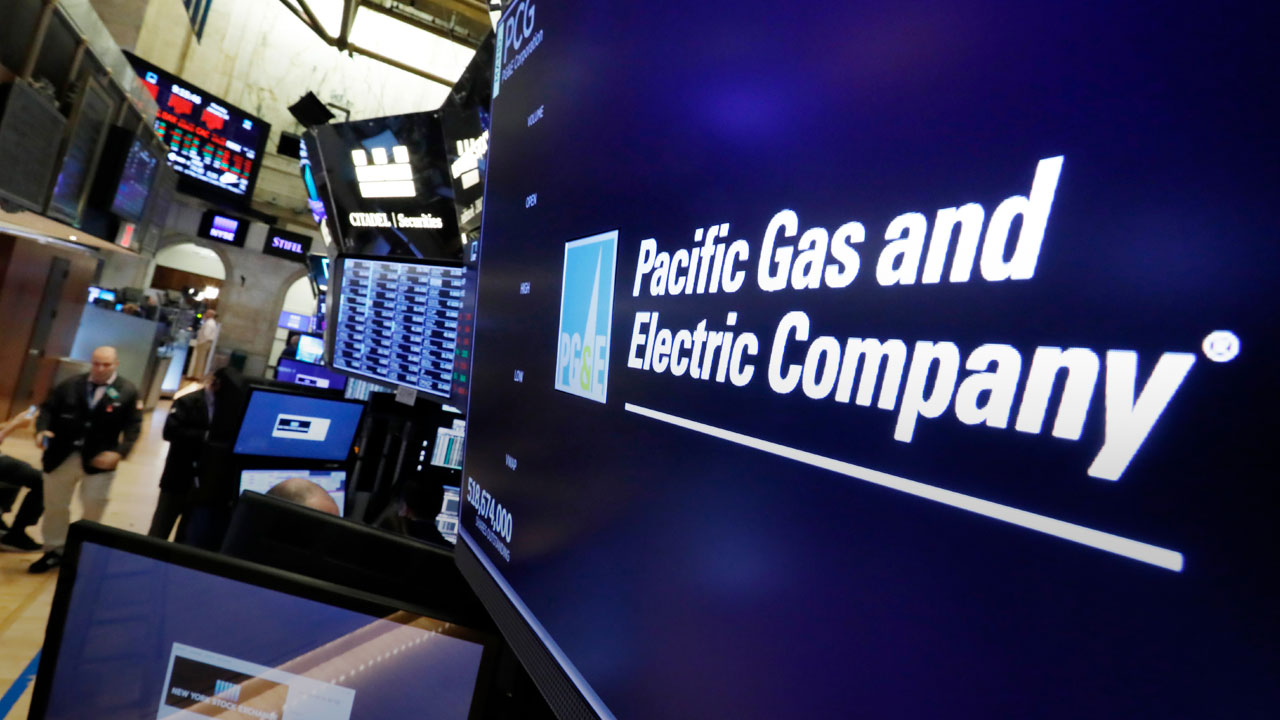 SAN FRANCISCO — The nation’s largest utility said Monday it is filing for Chapter 11 bankruptcy because it faces at least $30 billion in potential damages from lawsuits over the catastrophic wildfires in California in 2017 and 2018 that killed scores of people and destroyed thousands of homes.
The move by Pacific Gas & Electric Corp., expected by the end of the month, would be the biggest bankruptcy by a utility in U.S. history, legal experts said.
California’s new governor, Democrat Gavin Newsom, said in a statement that he will make sure customers continue to receive affordable energy and that wildfire victims are treated fairly.
“Throughout the months ahead, I will be working with the Legislature and all stakeholders on a solution that ensures consumers have access to safe, affordable and reliable service, fire victims are treated fairly, and California can continue to make progress toward our climate goals,” Newsom said. 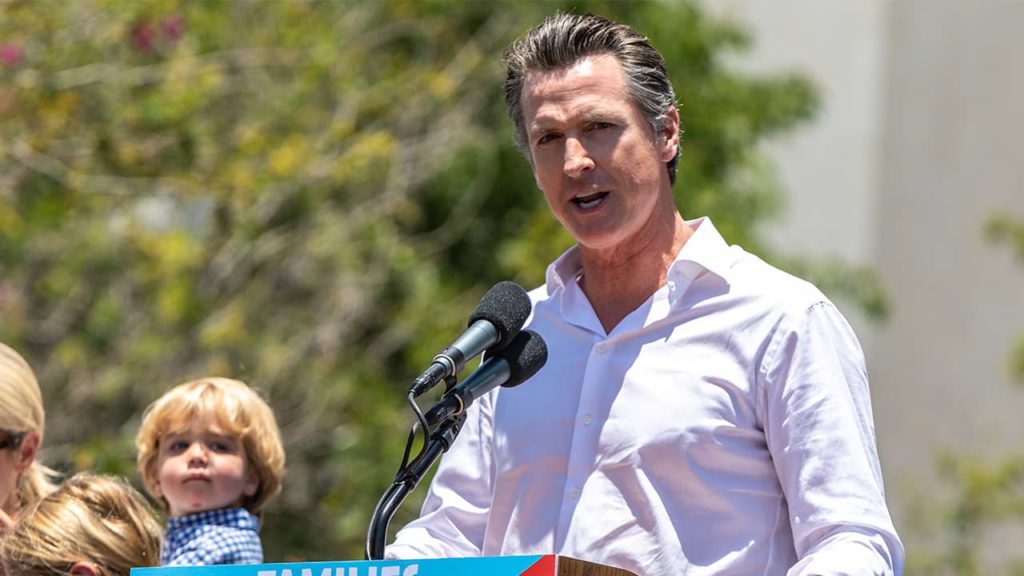 Gov. Gavin Newsom said Monday that PG&E customers will continue to have access to energy and all wildfire victims will be treated fairly. (Shutterstock)

The bankruptcy would allow PG&E to hold off creditors and continue providing electricity and natural gas without interruption to its 16 million customers in Northern and central California while it tries to put its finances in order.

Fire That Killed 86 Under Investigation

State officials are investigating whether the utility’s equipment sparked the deadliest, most destructive wildfire in California history, a blaze in Northern California in November that killed at least 86 people and burned down 15,000 homes.
In addition, state investigators have blamed PG&E power lines for some fires in October 2017. Authorities are also looking into the cause of a blaze that destroyed thousands of homes and killed 22 people in Santa Rosa last year.
California law requires utilities to pay damages for wildfires if their equipment caused the blazes — even if the utilities weren’t negligent through, say, inadequate maintenance. 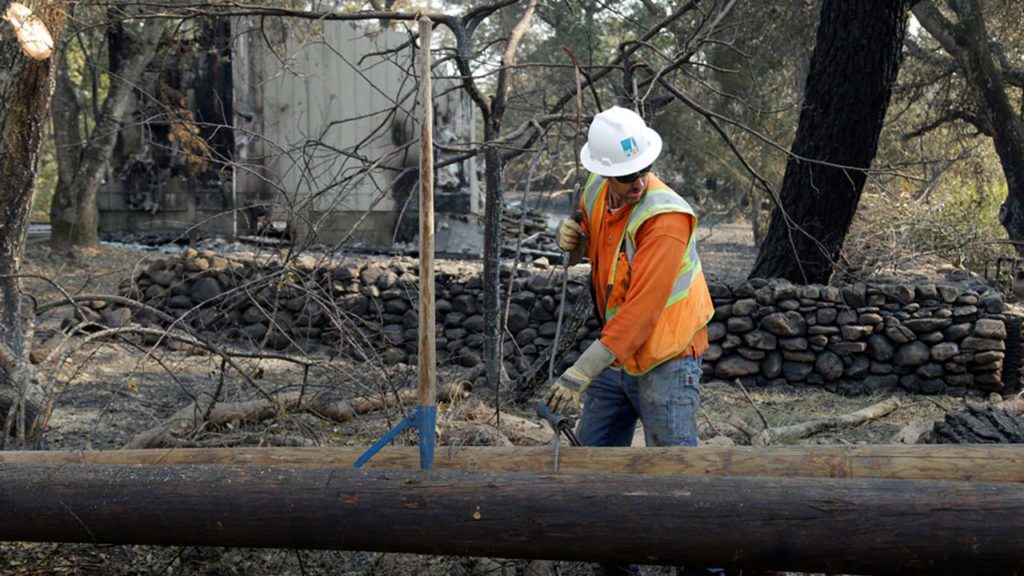 PG&E, which is the nation’s largest utility by revenue and is based in San Francisco, said it is giving the required 15 days’ notice that it plans to file for bankruptcy protection.
It said it will continue working with regulators and stakeholders to consider how it can safely provide energy “in an environment that continues to be challenged by climate change.”
The announcement follows the resignation of chief executive Geisha Williams a day earlier.


“The liability is too great. It’s too many claims, the aggregate amount is too great, and it looks at first blush to be indefensible because PG&E knew of this risk and didn’t clear the line areas as it should have.” —New York bankruptcy lawyer H. Jeffrey Schwartz
In a Monday filing with the Securities and Exchange Commission, the company said the liabilities it faces from 2017 and 2018 wildfires could exceed $30 billion, not including punitive damages, fines, and penalties.
The largest bankruptcy filing on record by a utility was Energy Future Holdings Corp. in 2014, which had $49.7 billion in liabilities in today’s dollars, according to an analysis by Kevin Kelly, director of publications at S&P Global.

Veteran New York bankruptcy lawyer H. Jeffrey Schwartz said PG&E’s bankruptcy should prove to be the biggest yet, since it had about $50 billion in liabilities at the end of 2017. That does not include claims from 2018 wildfires.
He said the utility has no other way of getting out from under the mountain of legal claims.
“The liability is too great. It’s too many claims, the aggregate amount is too great, and it looks at first blush to be indefensible because PG&E knew of this risk and didn’t clear the line areas as it should have,” Schwartz said.
He said he expects shareholders to bear the brunt of the restructuring. Bankruptcy court has no say over the rates utility customers pay; those are decided by state regulators and politicians.
As for the lawsuits, PG&E will negotiate with the plaintiffs and its other creditors a reorganization plan based on how much the utility is able to pay, said Hugh Wynne of Sovereign Research, an investment research firm.
“You avoid a situation where some jury in California thinks PG&E is responsible for this fire, so we should hit them up for all these damages and let them sort out how they pay for it,” Wynne said.
A bankruptcy also would allow PG&E to raise cash by selling assets — such as its gas business and hydropower plants — more easily, he said.

PG&E spent millions in an 11th-hour lobbying effort at the end of the California legislative session in August in a failed attempt to change the law to reduce its liability in wildfires.
Barricades surrounded the company’s headquarters in downtown San Francisco after the Chapter 11 announcement.
Before last year’s disastrous fire in Northern California’s Butte County, PG&E’s stock stood at $47.80. But in early Monday trading it tumbled $8.48 to $9.11, its lowest level in more than 16 years. Wall Street last week slashed PG&E’s credit rating to junk status.

PG&E Also Filed for Bankruptcy in 2001

PG&E also filed for Chapter 11 in 2001 amid rising electricity prices during California’s energy crisis.
The Natural Resources Defense Council warned that bankruptcy could threaten billions in funding for PG&E’s clean energy initiatives, which are key to California’s environmental goals. PG&E is the state’s largest investor in energy efficiency and electric vehicle infrastructure, said the NRDC’s Ralph Cavanagh.
“California needs healthy utilities with access to capital to be able to meet its environmental goals and policies. It’s essential,” said Travis Miller, a strategist at Morningstar Inc.