Is Nelson's 'Happy Warrior' Style a Fit for Fresno Unified's New Board? 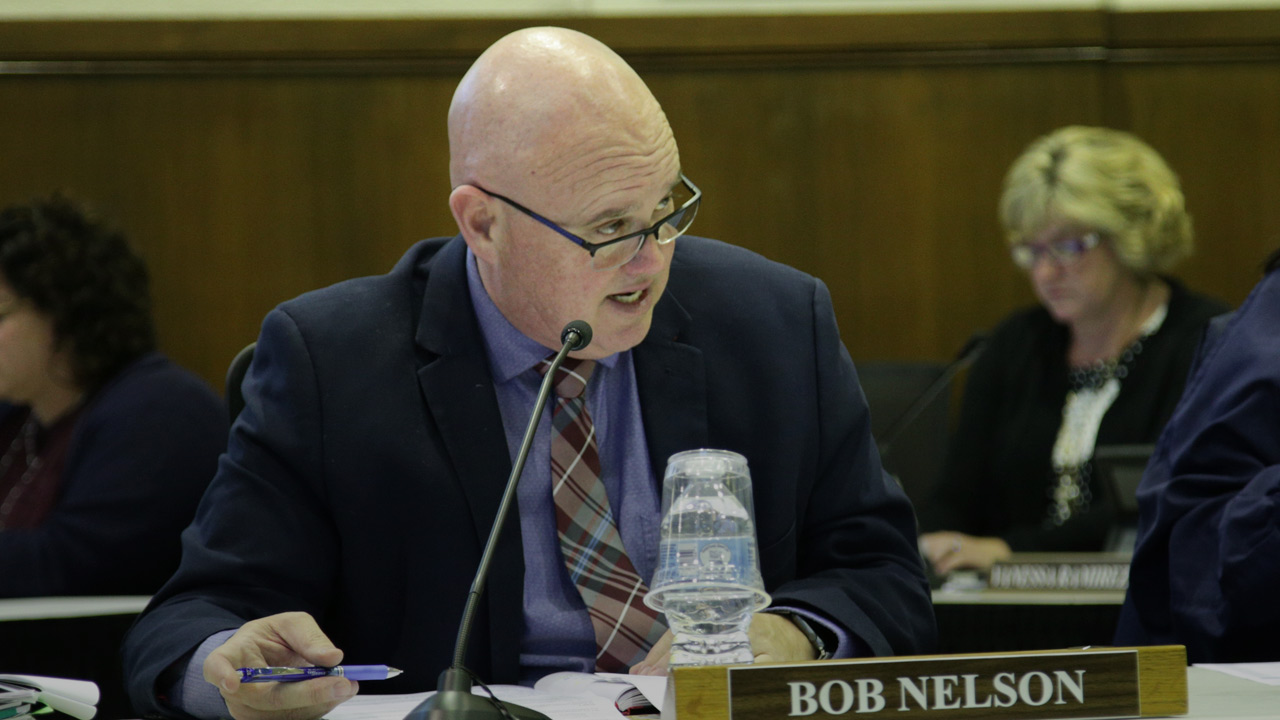 Bob Nelson is asking Fresno Unified School District trustees to evaluate his performance just four months after receiving a positive evaluation from the previous board.
The request comes after two public meetings with a board that includes three new members.

Nelson signaled his need to clear the air at Wednesday’s board workshop on identifying priority projects funded by Measure X bonds.
“Somehow, I need to get us to a place where the presumption is not that we have it out for each other. Right?” Nelson calmly but firmly told the board. “My job as your CEO is to implement the things that you want to see happen for the kids of the city of Fresno, period.
“Whatever that is, we’ll do that. How I go about doing that, you have to decide if I’m the guy to do that or not. I may not be the guy. Fine. But in the short run, I’m going to do what I think is what you’re asking me to do.”

Not a Quest for a Public Test of Power

Nelson doesn’t play games. He’s not the kind of superintendent who would dare a board to fire him in a test of community support. Nor does his job title define him. He is fueled by a passion for education and a love of people. He genuinely wants to know if he can satisfy the board’s goals.
Nelson’s happy warrior leadership style has accomplished much in the nearly two years since Michael Hanson was fired. Morale is up. The relationship between leadership and the teachers union is strong. Nelson deserves much of the credit for helping stave off what appeared to be an inevitable teachers’ strike last January.

New Board With New Expectations

But this new board is altogether different than the boards of the past 20 years. Long gone are the bobbleheads who backed Hanson to the hilt — as he demanded. Nearly all gone are trustees who don’t want to rock the boat on behalf of students who need to be much better prepared for what’s next after graduation. 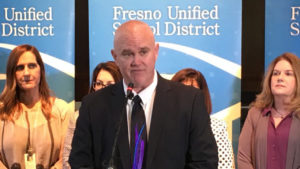 “How I go about that, you have to decide if I’m the guy to do that or not. I may not be the guy.” — Fresno Unified Superintendent Bob Nelson
I wrote earlier about the arrival of retired Marine Maj. Terry Slatic to the board and his determination to hold the district’s upper ranks accountable for their actions and the district’s progress.
But Slatic isn’t the only trustee who wants Nelson and other district leaders to embrace a sense of urgency. This new board is comprised almost entirely of professionals who believe that Fresno Unified can do much better. They don’t want to look back in two or four years and see that the district is still failing to properly educate many of its students.

I don’t know if you’ve ever attended a district board meeting. In the past, the accent was on the positive. To hear trustees and leaders tell it, Fresno Unified was a high-achieving district.
Hanson greatly expanded the district’s public relations office in a two-fold effort: Paint a picture of success to the community while burying academic achievement numbers that often were among the worst in the nation.

The district, under Nelson, has continued to share its positive stories through a broad array of platforms. Unlike Hanson, he also has focused on internal morale-building, collaborating with partners (the Fresno Superintendent of Schools office, for example), and inviting teachers to have a greater voice in potential solutions.
I’m sure that most of the current trustees — especially those with previous board experience — appreciate that aspect of Nelson’s leadership.
But, above all, this new board wants Nelson to embrace the urgency and accountability for performance it seeks.

Questions Only Nelson Can Answer

For Nelson, that presents big questions: Is he willing to fire veteran administrators and principals that fail to meet the new board’s expectations? Is he willing to lead a charge to dramatically change the culture?
I expect he’ll think about that a lot between now and his pending evaluation.

My Turn: We Must Reduce Fire Risk. Here Are Steps California Must Take