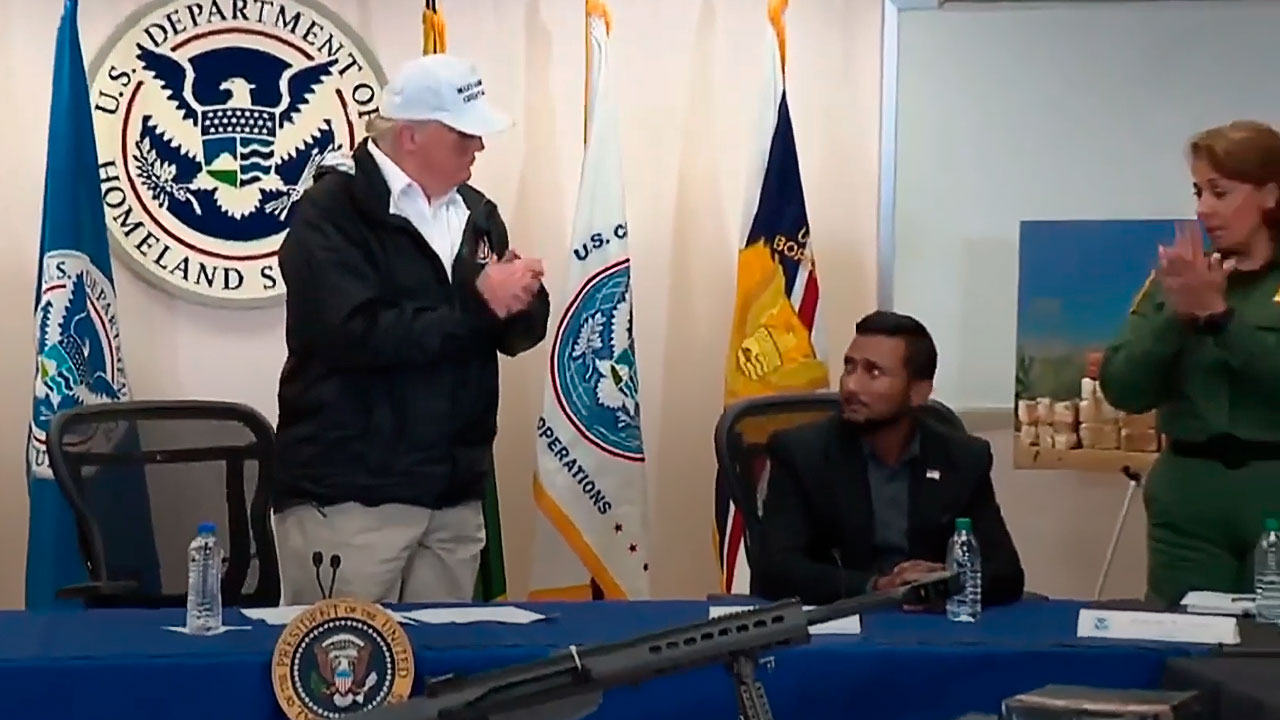 The brother of slain Newman police Cpl. Ronil Singh sat side by side with Donald Trump during the president’s visit to the border city of McAllen, Texas, and shared his family’s anguish Thursday.
“The way he was killed, what my family’s going through right now, I do not want any other family law enforcement person to go through that,” Reggie Singh said during a roundtable discussion at a border patrol station. “Whatever it takes to minimize, put a stop to it my family fully supports it.”
Reggie Singh gave a brief glimpse into his brother’s life: Coming to the United States from Fiji, learning English, becoming an American citizen and realizing his dream of becoming a police officer.

A Hug From Trump

He also talked about picking up Ronil’s remains after he was cremated.
“It breaks my heart.”
As Singh finished speaking, his voice broke and tears filled his eyes. Trump hugged him and shook his hand.

Ronil Singh was killed in the early hours of Dec. 26 after pulling over a suspected drunken driver. Authorities say that Singh’s alleged killer, 32-year old Gustavo Perez Arriaga, is a Mexican national living illegally in the United States.
Arriaga, who has since said that his real name is Paulo Virgen Mendoza, was captured near Bakersfield following a 55-hour statewide manhunt.
Trump talked to the family and former colleagues of the gunned-down officer Jan. 3. The president has cited Singh’s killing several times — including during his national address Tuesday evening — as justification for building a border wall between the U.S. and Mexico.
During the roundtable, Trump said that the media is “unfair” to victims of brutal killings by illegal immigrants. The media, he contended, often downplay such stories.
Trump flew to McAllen as part of his effort to push Congress to fund $5.7 billion for a border wall as a condition of ending a partial government shutdown.

It's Kiss and Cry as New Council Sworn In