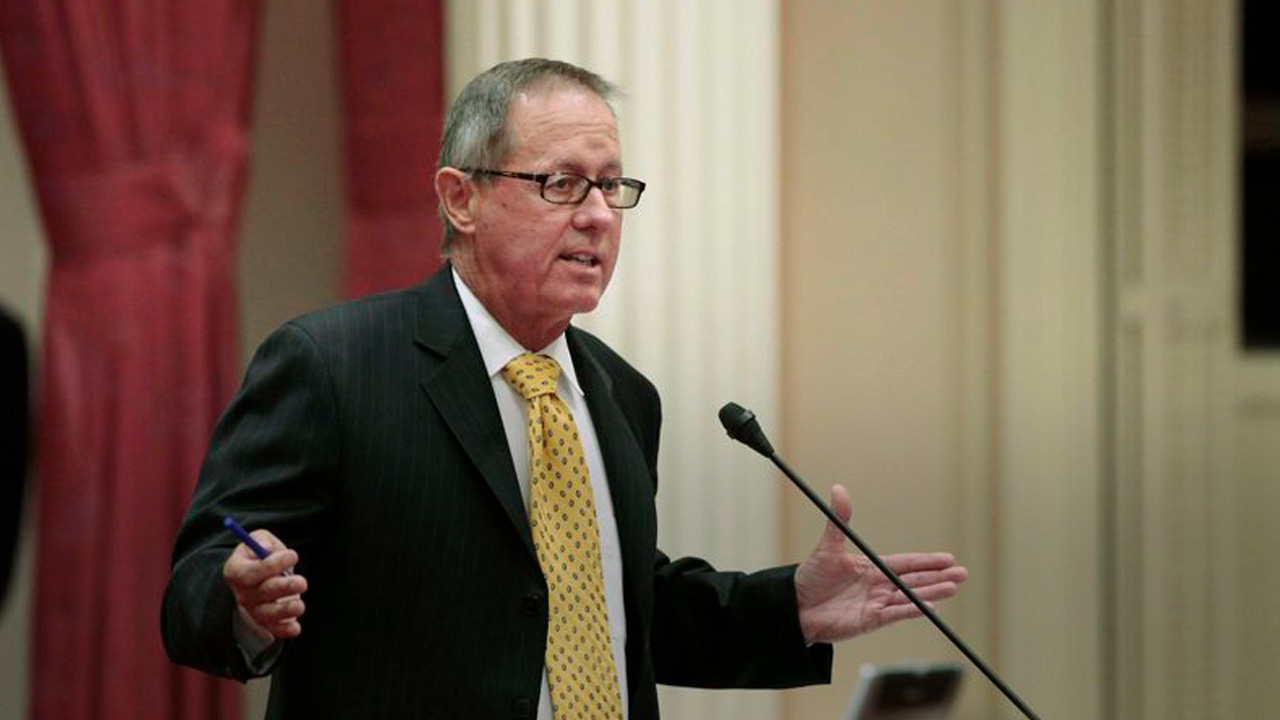 Tom Berryhill is a newly elected Stanislaus County supervisor. But, in one of Jerry Brown’s last acts of governor, he appointed Berryhill to a state board that pays a five-figure salary.
Berryhill, who just finished up as a state senator for the area that includes Fresno, was supposed to be sworn into his supervisor position Monday (Jan. 7).
However, he missed that ceremony as well as Tuesday’s regularly scheduled supervisorial board meeting. He reportedly was sworn in Wednesday.
The Modesto Bee reported that Berryhill has had health problems in the last year, including a broken hip in July and an early stage Parkinson’s disease diagnosis.

Berryhill Appointed to State Board

Berryhill will receive $58,633 as a member of the State Compensation Insurance Fund Board of Directors. His appointment does not require confirmation from the state Senate.
State Fund provides legally-required workers compensation insurance to more than 100,000 policyholders in California.
The group’s next board meeting is Feb. 14-15.
Political insiders have speculated that Brown’s appointment of Berryhill, a Republican, was a “thank-you” for having backed Democratic legislation. One of those difficult votes stands out: Berryhill’s 2017 support for extending the Cap and Trade tax, a Brown priority.
Berryhill will make about $80,000 annually plus benefits as a Stanislaus County supervisor.

Is Appointment a Conflict?

The appointment of Berryhill may present a legal problem.
State law prevents one person from holding two public positions that are “incompatible.” Whether an elected supervisor and State Fund board member clash has not specifically been defined.
But, a state attorney general opinion in 1995 found that a supervisor and state community college board member conflicted because of clashing loyalties or duties.
According to State Fund’s website, the board “makes sensitive decisions involving investments, marketplace competition, company solvency, fraud investigations, and other issues.”
However, Jody Hayes, who is the chief executive officer of Stanislaus County, said the county does not use the State Fund for its worker compensation needs.

Legal Action Needed for Next Step

Any conflict would have to be resolved by the courts through a lawsuit. State law says that an office holder would have to vacate the first office if taking the second.
According to a State Fund spokesman, Berryhill took office upon his appointment Jan. 4.
A spokesman for Brown’s office, before he left office Monday, said they would not be weighing in on the issue.
Berryhill did not return requests for comment.
After he broke his hip last year, he didn’t attend a single Senate session – or cast a vote – from June through August.
Berryhill’s successor in the Senate is former Fresno County Supervisor Andreas Borgeas.