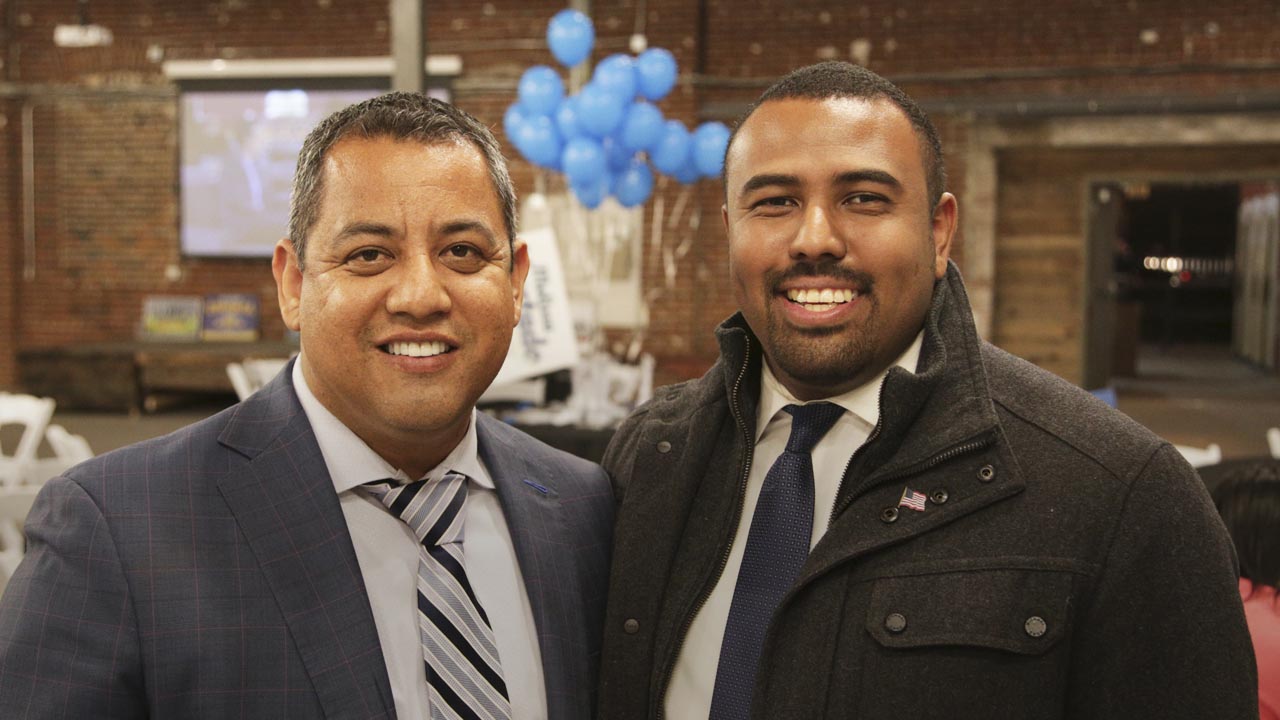 Miguel Arias and Nelson Esparza are officially Fresno city councilmen, assuming office Tuesday, as prescribed by the city charter. They will be ceremonially sworn in Thursday (Jan. 10).

For Arias, he will focus his time and attention fully on City Hall. He tells GV Wire he is resigning his position as chief information officer with the Fresno Unified School District as of Friday (Jan. 11). He’s been with FUSD since 2007.
Arias never fully answered the question during his campaign about how he would handle his school position if elected. Critics were concerned that Arias would have two public-sector jobs.
Like Arias, Esparza was settling in his new digs and hiring staff.
“We’ve been taking constituent calls and setting up the office!” Esparza said on his first day.

The Fresno Chamber of Commerce has a reputation as a conservative, pro-business organization.
Yet, in its 2018 scorecard for the Fresno City Council, the four liberal or moderate members received 100% grades while the three conservatives received grades under 90%.
Of course, there are many caveats. First, the chamber only rated the council on eight votes.
Garry Bredefeld, perhaps the most conservative member, was dinged for opposing Grizzly Fest being held at Woodward Park. He also voted opposite of the chamber’s position on amending an industrial waste contract. That six-for-eight put Bredefeld at 75%.
Steven Brandau, who is running for county supervisor, also opposed Grizzly Fest. That was his only demerit. He checked in at 88%.
And, now-former councilman Clint Olivier was absent for two votes that the chamber supported — creating a job incentive program along the Ventura/Kings Canyon corridor and making it easier to obtain a  mobile food vendor permit. That knocked him down to 75%, too.
Esmeralda Soria, Luis Chavez, Paul Caprioglio and now-termed out Oliver Baines all attained perfect scores.

The 2018 @Fresno_Chamber Report Cards are out! Check out how your local elected leaders voted on issues affecting the business community. Go to our website to see the details. pic.twitter.com/B0zy9htGTI

According to a recent Roll Call story, House Democratic leadership passed over Rep. Jim Costa (D-Fresno) for chair of the natural resources committee.
Roll Call profiled the new chairman Raul Grijalva (D-Ariz.), noting that “Costa had the seniority but couldn’t secure the votes for the job.”
During his 2018 campaign, Costa said he would not support Nancy Pelosi (D-San Francisco) for House speaker. He voted against her in the party’s caucus vote but supported her on the House floor. 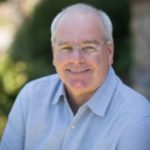 A man with Valley ties is Gov. Gavin Newsom’s new economic advisor.
Newsom named Lenny Mendonca his chief economic/business advisor and director of the Office of Business and Economic Development.
Mendonca, a well-known businessman, also serves as the co-chair for California Forward, a good-government think tank. He owns the Half Moon Bay Brewing Company and Mavericks Beer Company.
The grandson of Portuguese immigrants, he grew up on Turlock dairy farm.
Former Fresno mayor and CVCF CEO Ashley Swearengin approved of Mendonca’s appointment on Twitter.

This is really good news for #California and the #CentralValley. @Lenny_Mendonca is a Valley native who is deeply committed to making the California economy work for everyone, including here in the Valley.  Great pick @GavinNewsom! https://t.co/Ix5fKURUjS