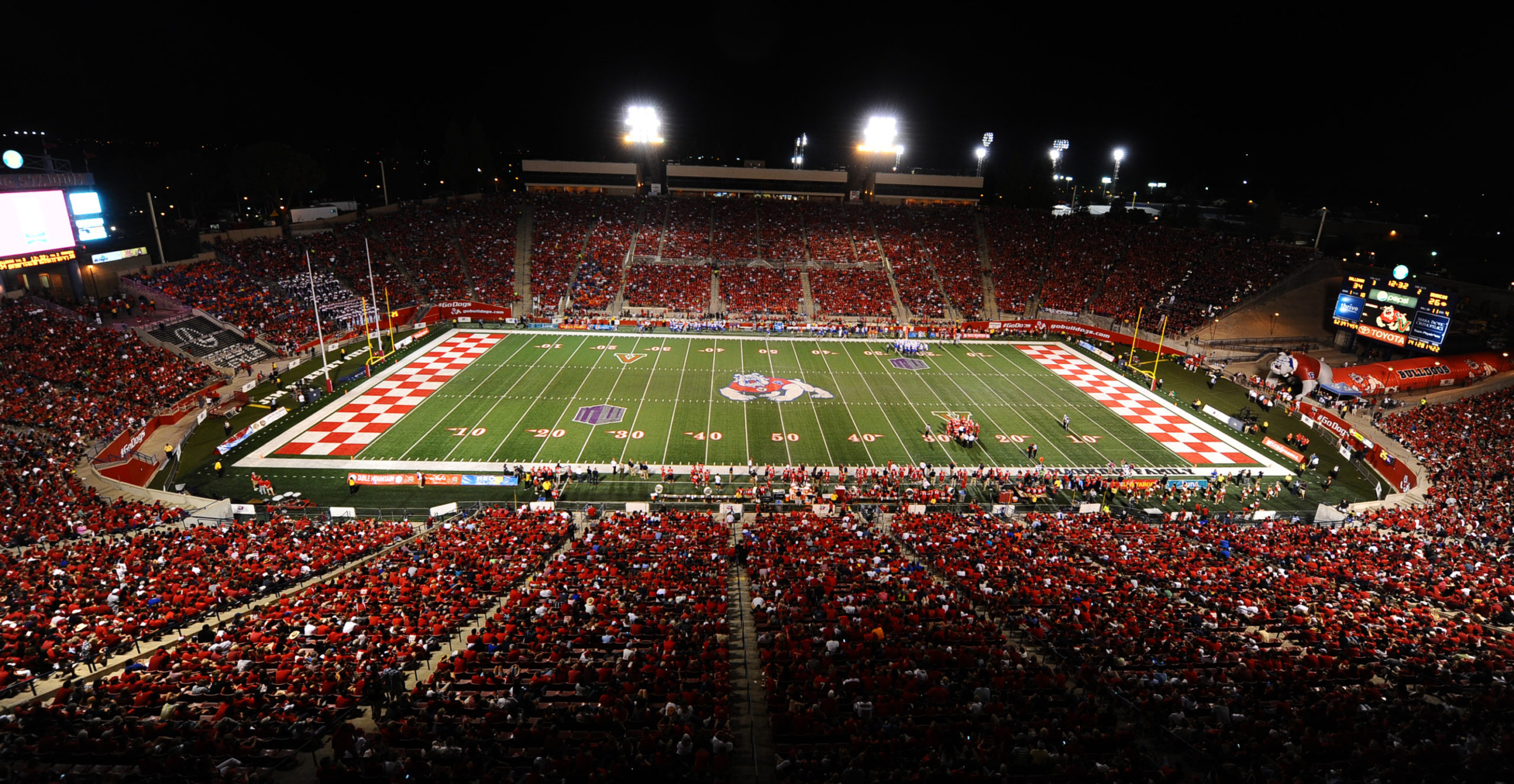 Fresno State and the Oakland Raiders have had informal discussions for the Silver and Black to call Bulldog Stadium home for 2019.
But, the chance of the Raiders playing in Fresno is the same as the team’s chances of making this season’s playoffs: over and out.
“Fresno State Athletics has had informal conversations with the Raiders organization about the potential to host the Raiders for the 2019 season. It is our understanding that they are considering various venues depending upon certain market demographics,” Athletic Director Terry Tumey told GV Wire via email Wednesday.
“The Raiders appreciated the outreach by Fresno State and encouraged submission of a proposal if we are so inclined, but they did not feel we were in a strong position for consideration.”

Home in Doubt for 2019 Raiders 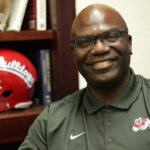 “The Raiders appreciated the outreach by Fresno State and encouraged submission of a proposal if we are so inclined, but they did not feel we were in a strong position for consideration.”—Fresno State Athletic Director Terry Tumey
The Raiders are moving to Las Vegas, where a new stadium is expected to be ready in 2020. However, the team’s lease at the Oakland Coliseum expires at the end of this season, leaving the location of its 2019 home games in doubt.
The situation became dire when the city of Oakland filed a federal lawsuit over the pending relocation. The Raiders responded by cutting off negotiations for a one-year lease renewal.

Raiders QB Derek Carr, a Fresno State alum and one of the most popular Bulldogs of all time, posited an idea to play the games at Fresno State (as mentioned on a Dec. 17 CBS broadcast and tweeted by Jim Verros).
Fresno City Council President Esmeralda Soria also let her desires to bring Derek and company home known on social media.

Fresno State President Joseph Castro responded on Twitter, “It’s possible if the Raiders want to do it!”

Bulldog Stadium’s listed seating capacity is 41,031. However, that would not be the smallest NFL stadium. StubHub Center, the temporary home of the Los Angeles Chargers for one more season, holds 27,000.
While Tumey’s comments may reflect the end, the reality of Bulldog Stadium presented the biggest obstacle. The stadium is in need of multi-million dollar upgrades to concourses, seating areas, locker rooms, ADA access and much more.
As to where the Raiders may wind up, there have been as many suggestions as there have been complaints about Khalil Mack’s trade to the Chicago Bears.
The speculation has the Raiders playing in other Bay Area venues — sharing Levi’s Stadium with the 49ers; playing at the Giants’ baseball stadium AT&T Park; or college stadiums at Cal or Stanford. The Raiders could play in abandoned San Diego, where the Raiders always seemingly outdrew the hometown Chargers.
Other ideas thrown out there include Glendale, Ariz.; San Antonio; Reno; Sam Boyd Stadium, home to UNLV (which would have the same problems as Bulldog Stadium); or even international spots such as Mexico City and London.
(Editor’s note: The original version of this story was accompanied by a digitally enhanced photo of what a renovated Bulldog Stadium might look like. The photo now with the story is of Bulldog Stadium.)