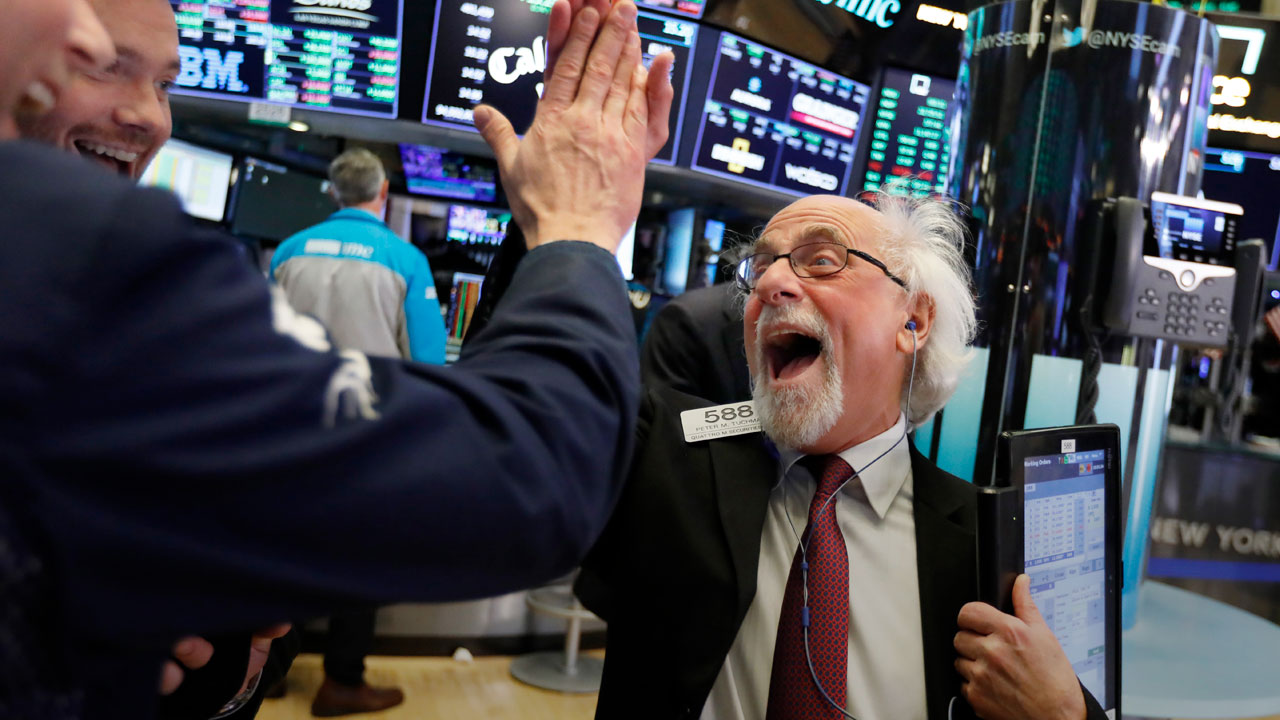 Stocks rocketed on Wednesday in Wall Street’s best day in 10 years, snapping a stomach-churning, four-day losing streak and giving some post-Christmas cheer to a market that has been battered this December.
The Dow Jones Industrial Average shot up more than 1,000 points — its biggest single-day point gain ever — rising nearly 5 percent as investors returned from a one-day Christmas break. The broader S&P 500 index also gained 5 percent, and the technology-heavy Nasdaq rose 5.8 percent.
But even with the rally, the market remains on track for its worst December since 1931, during the depths of the Depression, and could finish 2018 with its steepest losses in a decade.
“The real question is: Do we have follow-through for the rest of this week?” said Sam Stovall, chief investment strategist for CFRA.

Technology companies, healthcare stocks and banks drove much of the broad rally. Retailers also were big gainers, after a holiday shopping season marked by robust spending. Amazon had its biggest gain in more than a year.
Energy stocks also rebounded as the price of U.S. crude oil posted its biggest one-day increase in more than two years.

But what really might have pushed stocks over the top was a signal from Washington that President Donald Trump would not try to oust the chairman of the Federal Reserve.
In recent days, Trump’s tweet attacks on the Fed and chairman Jerome Powell for raising interest rates stoked fears about the central bank’s independence, unnerving the market.
The partial government shutdown that began over the weekend also weighed on the market, as did personnel turmoil inside the Trump administration, trade tensions with China, the slowing global economy and worries that corporate profits are going to slip sooner or later.

Most economists expect growth to slow in 2019, though not by enough to cause a full-blown recession. Unemployment is at 3.7 percent, the lowest since 1969. Inflation is tame. Pay has picked up. Consumers boosted their spending this holiday season.
The market apparently got a lift Wednesday when Kevin Hassett, chairman of the White House Council of Economic Advisers, said in an interview with The Wall Street Journal that the Fed chairman is in no danger of being fired.
The president could help restore some stability to the market if he “gives his thumbs a vacation,” Stovall said. “Tweet things that are more constructive in terms of working out an agreement with Democrats and with China. And then just remain silent as it relates to the Fed.”