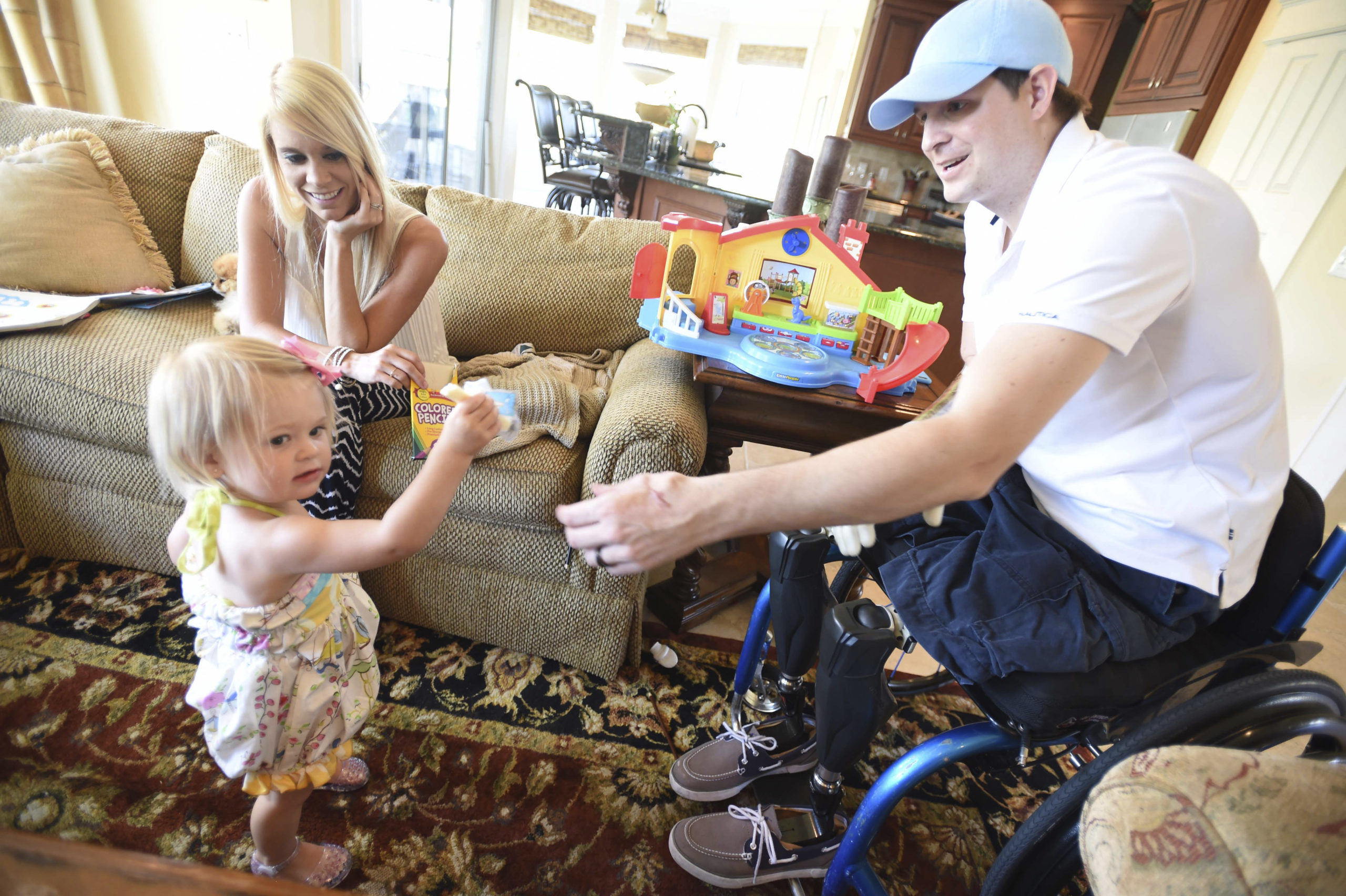 An online fundraiser started by an Air Force veteran to pay for construction of President Donald Trump’s U.S.-Mexico border wall was up to millions of dollars Thursday, bringing further attention to an issue that could lead to a government shutdown.
Brian Kolfage launched the GoFundMe page Sunday, and it has since generated $6 million in donations. The site states a fundraising goal of $1 billion.


“As a veteran who has given so much, three limbs, I feel deeply invested to this nation to ensure future generations have everything we have today.” — Brian Kolfage

Asks for $80 From Each Trump Voter

In a statement posted on the crowdsourcing page, Kolfage says the wall could be built if everyone who voted for Trump pledged $80 each.
“As a veteran who has given so much, three limbs, I feel deeply invested to this nation to ensure future generations have everything we have today,” Kolfage wrote.
A triple amputee injured in the Iraq War in 2004, Kolfage said he has contacted the Trump administration about where to send the money once the fundraiser ends.

Trump Says He’ll Shut Down Government Unless He Gets Wall

Trump announced Thursday he would not sign a bill to keep funding the government because it fails to provide billions for his border wall. It was his second reversal in a matter of days after conservative allies and pundits accused him of backing down on a central campaign promise. His decision has thrown Congress into disarray and risks a federal shutdown this weekend.
Kolfage, who is listed on GoFundMe as being based in Miramar Beach, Florida, said in an email that he was not immediately available to comment.
The reception toward Kolfage’s fundraising is far from the reaction when Arizona lawmakers similarly tried to raise money for border fencing several years ago.
Legislators approved a bill in 2011 to establish a website to raise $50 million for border fencing. The effort, however, flopped, bringing in around $265,000.
Kolfage’s page inspired at least one opposing fundraising page.
A GoFundMe fundraiser was created Wednesday to raise money for “ladders to get over Trump’s wall.” The site posted a goal of $100 million and garnered more than $20,000 in donations as of Thursday afternoon. All the money will go toward a nonprofit that provides education and legal services to refugees and immigrant families.

Trump: Shutdown Could Last 'for a Very Long Time’