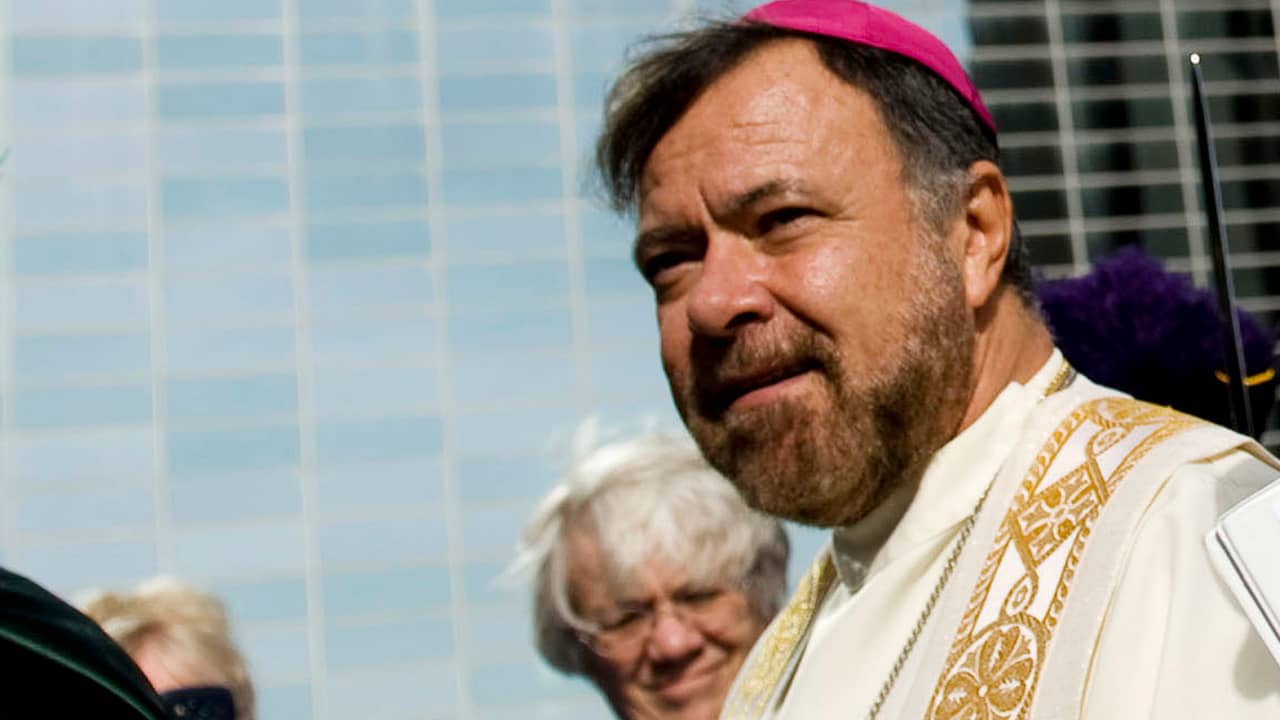 LOS ANGELES — Pope Francis has accepted the resignation of a Los Angeles auxiliary bishop, Monsignor Alexander Salazar, following an allegation of misconduct with a minor in the 1990s, officials said Wednesday.
The Vatican announced the resignation in a one-line statement. It was the latest in a string of cases of alleged misconduct against bishops to come to light this year, following the scandal of ex-Cardinal Theodore McCarrick that exposed how bishops have largely avoided sanction for improper behavior.
The current archbishop of Los Angeles, Most Rev. Jose Gomez, said the archdiocese was made aware of the claim in 2005. Gomez said county prosecutors declined to bring charges, but that the archdiocese forwarded the complaint to the Vatican office that handles sex abuse cases.
Gomez said that office, the Congregation for the Doctrine of the Faith, imposed precautionary measures against Salazar and that a further investigation by the archdiocese’s independent review board found the allegation to be credible.
Gomez said Salazar, 69, has “consistently denied any wrongdoing.” The archdiocese said it had received no other allegations against Salazar.

“These decisions have been made out of deep concern for the healing and reconciliation of abuse victims and for the good of the church’s mission,” Gomez told the Los Angeles faithful in a letter. “Let us continue to stay close to the victim-survivors of abuse, through our prayer and our actions.”

“What does his resignation mean? Has he been laicized? Is he simply retired? What safety protocols are being imposed on Bp. Salazar?” the firm asked in a statement. “Why did it take the Vatican this long to act?”
The resignation comes during a year in which the clerical abuse scandal has exploded anew in the U.S. and elsewhere. In July, Francis removed McCarrick, the retired archbishop of Washington, as a cardinal after a U.S. church investigation determined that an allegation he groped a minor in the 1970s was credible. Subsequently several adult seminarians have said he pressured them to sleep with him.
McCarrick has denied the initial allegation and through a lawyer has said he looks forward to invoking his right to due process.
The McCarrick scandal exposed the loopholes in how the church treats allegations of misconduct against bishops, who are answerable only to the pope. Bishops have largely escaped the same scrutiny as ordinary priests accused of misconduct in the decades-long sex abuse scandal, and until recently they have rarely been sanctioned or removed for covering up for abusers.
Salazar was born in San Jose, Costa Rica, and came with his family to the United States in 1953. The family settled in Los Angeles, and he became a U.S. citizen at age 18. He entered St. John’s Seminary in suburban Camarillo in 1977 and was ordained a priest in 1984. From the 1980s through early 2000s, Salazar served at several parishes, the former St. Vibiana Cathedral and as vice chancellor of the Archdiocesan Catholic Center before being installed as a bishop in 2004.
When his selection as auxiliary bishop was announced, he said in a statement: “California is the land of dreams and visions, but I have been blessed with more. I have been specially privileged to serve as a priest — a parish priest.”
He served as a regional bishop for San Pedro, one of five pastoral subdivisions within the archdiocese, until 2009 and since then had been vicar for the office of ethnic ministries.
A statement from the archdiocese said the accusation against Salazar was “reported directly to law enforcement in 2002 by a young adult alleging misconduct in the 1990s when Bishop Salazar was a priest and the alleged victim was a minor.”
The statement said the archdiocese was informed of the allegation through a third party in 2005. Law enforcement had investigated the allegation and recommended prosecution, but the district attorney did not file charges in the case, the statement said.

The archdiocese said Cardinal Roger Mahony, who was the Los Angeles archbishop at the time, requested that law enforcement review the case, and he also reported the allegation to the Vatican’s Congregation for the Doctrine of the Faith.