Is Biggest 2018 Fresno State Football Win yet to Come? 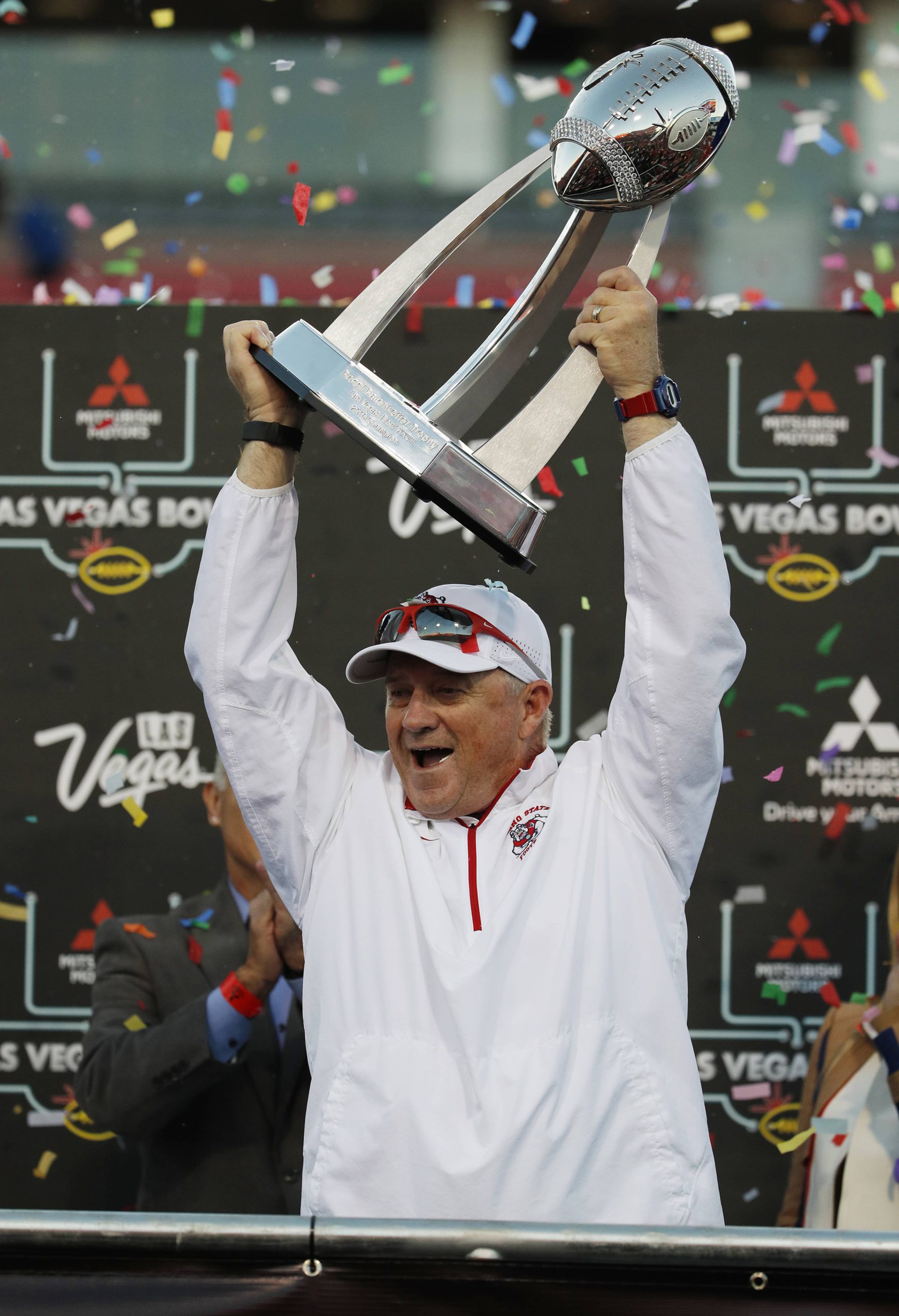 Here’s a message for doubters, dropouts and down-on-the-couch types diminishing the ranks of the once nationally recognized Red Wave.
These, my friends, are the good old’ days.

Jeff Tedford’s Bulldogs ended all debate about being Fresno State’s greatest football team by vanquishing Arizona State in the Las Vegas Bowl.
The victory gave the Bulldogs the school record for victories in a season with 12 — a tally that included two wins over Pac-12 opponents led by former NFL head coaches and a nail-biting overtime victory at arch-nemesis Boise State.

Honor the Past But Invest in the Future

Finally — thanks to Marcus McMaryion, Jeff Allison, George Helmuth, Ronnie Rivers, Tank Kelly, KeeSean Johnson, and many more players — Fresno State fans can embrace the present and the future.
For too long, Fresno State fans have been stuck in the past — often reliving the thrills of old or bemoaning the Mountain West Conference instead of investing in the here and now.

Fresno State’s 31-20 victory over Arizona State erased any doubt about the 2018 Bulldogs being the best team in school history. (AP File Photo)

There’s a Role for Everyone

The wonderful thing about Fresno State athletics is that it doesn’t cost an arm and a leg to take part.
Big donors carry the freight for building and renovating facilities, but there’s a role for everybody — right down to buying one ticket for one game sometime during the season.
Everybody’s on the bandwagon now, but a month ago just 26,162 fans turned out to see then 9-2 Fresno State defeat its oldest rival, San Jose State.
That kind of “crowd” doesn’t pay the bills.

Other Fresno State sports are struggling to break loose from the past, too — none more so than the men’s basketball program.
The Bulldogs have a promising young coach in Justin Hutson and play an aggressive, exciting style of ball. Yet, they’re seemingly off the radar and the Save Mart Center is more of a mausoleum than the ear-splitting House That Tark Built.
Perhaps that changes for the better with tonight’s game against Cal. Perhaps the crowds and the community buzz crank up when the Bulldogs’ Mountain West schedule begins in January.

I’ve heard all the reasons why the Red Wave doesn’t roar like it once did. The games are on TV. Bulldog Stadium is outdated. Millennials aren’t much into sports. Jerry Tarkanian split the community into loyalists and critics, and it will take decades for the wounds to mend. You can add many more factors, I’m sure.
The reality is, without more fans, Bulldog Stadium remains outdated and the Save Mart Center continues as a great place to enjoy 90 minutes of solitude.
Sweeney’s 1977 “Stadium Builders” team launched the Bulldogs out of 13,000-seat Ratcliffe Stadium on Blackstone Avenue and into their campus digs.
Hill’s “anyone, anywhere, anytime” mantra and the Carrs sold out Bulldog Stadium.
Perhaps the 2018 football team’s greatest victory is yet to come — propelling the Red Wave out of the past and into the future.