US Homeless Count up Slightly, but Declines in Key Cities 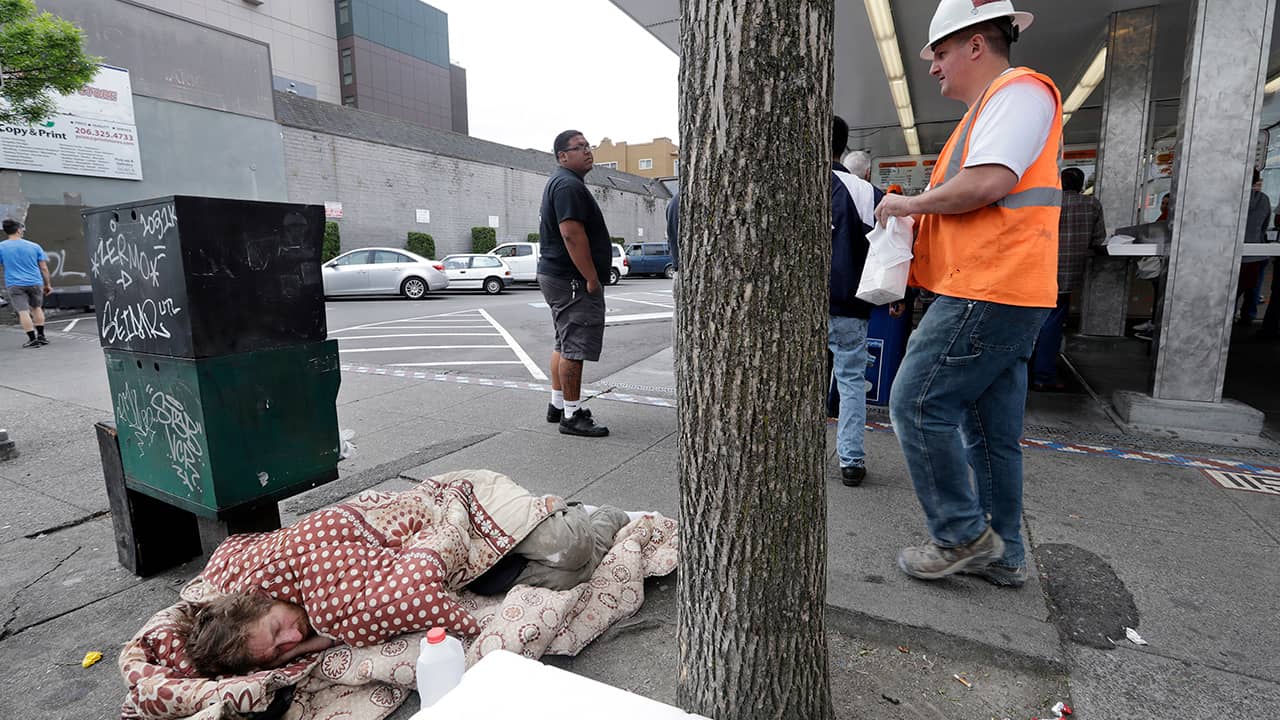 A federal report released Monday provides a possible glimmer of hope for the homeless crisis that has gripped many cities up and down the West Coast.
The number of people living on the streets in Los Angeles and San Diego, two epicenters of the homelessness crisis, fell this year, suggesting possible success in those cities’ efforts to combat the problem.
Cities in California, Oregon and Washington have driven an overall spike in the number of homeless people nationwide in recent years. This year’s count continued that trend, showing 552,800 people without homes across the country, up by about 2,000 from 2017, according to the U.S. Department of Housing and Urban Development’s point-in-time tally. It was the second consecutive increase after seven straight years of declines.
The number of people living in the streets, encampments or other unsheltered places was more than 194,000 — also up from last year.
But the decrease in Los Angeles and San Diego is a rare positive sign in cities that have struggled to cope with an exploding homeless population. It also comes as those cities are planning to spend big on affordable housing and other steps.
Last year, for instance, Los Angeles voters approved $1.2 billion to build 10,000 units of affordable housing over a decade. Local officials there also have ramped up outreach efforts to connect homeless people with services.

A Ballot Measure to Raise Money for Affordable Housing

This year’s point-in-time count, conducted in January, found just under 50,000 homeless people in the city, with three-quarters of them unsheltered. Both numbers were down from the year before.

Wrestling With What to Do About Homelessness

The homelessness data picture is incomplete because several West Coast areas with large populations, including San Francisco, Portland, Oregon, and California’s Orange County, did not conduct new counts of unsheltered homeless populations this year. Those places will do fresh surveys in early 2019.