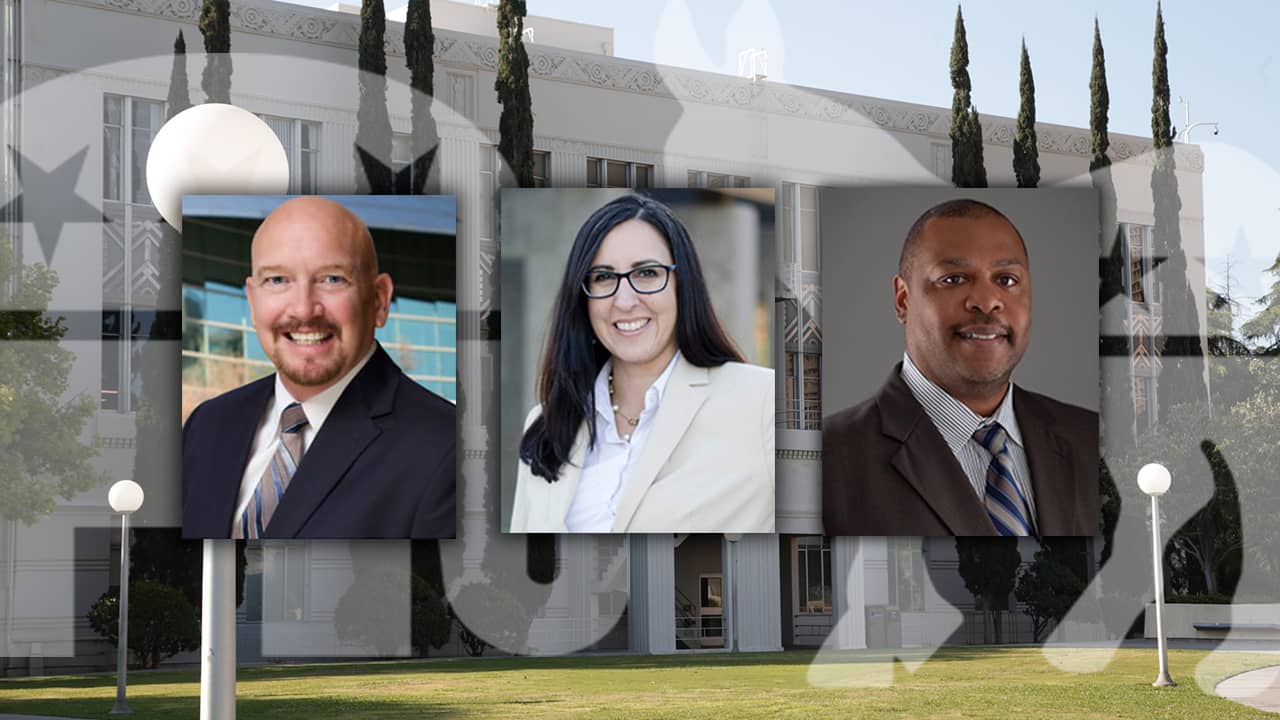 Voter registration numbers favor Steve Brandau in his quest to win a special election for Fresno County supervisor.
The county’s latest figures show that the district, which covers mostly the city of Fresno north of Shaw Avenue, has an 8,700 (7 percentage points) Republican voter advantage.
The numbers (as of Oct. 22):

Brandau, a Fresno city councilman representing much of the same area, is a Republican.
The other two candidates are not.
Small businessman and former San Francisco Giants player Steve Hosey is no party preference. Fresno EOC publicist Nasreen Johnson is a Democrat.
The three hope to succeed Andreas Borgeas, who left office earlier this month to become a state senator. The election is March 5. If no candidate achieves a simple majority, a winner-take-all takes place on June 4 between the top two finishers.

Candidates are starting to line up for Brandau potentially leaving his council seat before his term expires in Jan. 2021.
GV Wire has heard names like businessman Michael Karbassi, financial planner Phil Arballo, and business owner Lawrence Garcia, a city planning commissioner, as possible contenders. There are other names that have not evolved from the rumor or “just thinking about it” stage.
If Brandau wins, a new city District 2 representative could join the council as early as June or as late as December.

Another Brandau What If?

Brandau is slated to become council president when the new council convenes Jan. 10. In addition to presiding over meetings and cutting ribbons, the council president sets the calendar of meetings and helps design the agenda.
As George Hostetter of CV Observer noted, the council will meet three more times in 2019 than the previous year, 29 meetings in all (not including budget hearings).
Who will take Brandau’s place if he vacates his seat to become a supervisor?
According to the council’s policy manual, the positions of council president and vice president are rotated in district numerical order. District 1 councilwoman Esmeralda Soria currently serves as president, with Brandau as vice president.
Thus, Brandau will become president and newly-minted District 3 representative Miguel Arias will be vice president.
However, a rule the council added in Dec. 2016 mandated that the president would have to serve at least the preceding year on the council, something Arias would not qualify for.
That would mean District 4 Councilman Paul Caprioglio would be next in line as president. In this scenario, Arias would remain vice president and scheduled to become council president in 2020.
A similar skip over scenario happened in 2017. Caprioglio finished his term as president in 2016. In theory, the District 5 councilmember would follow. However, Luis Chavez had just won a special election to serve. District 6 councilman Garry Bredefeld also had just been elected. Thus, the president’s seat advanced to District 7’s Clint Olivier.
And, because the council rules say the council VP is the one who follows numerically after the president, both Chavez and Bredefeld were skipped over in favor of Soria.