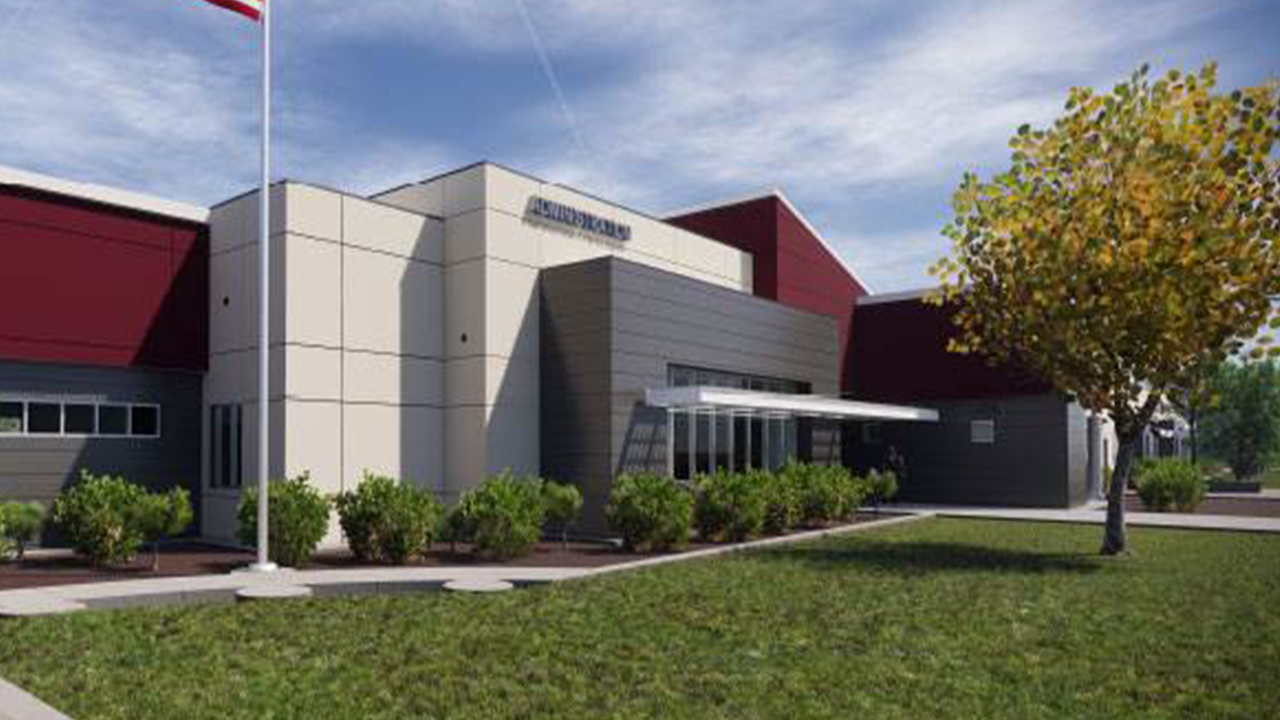 Parents had mixed reactions at a two-hour community meeting Wednesday evening on proposed boundaries for a new elementary school in southeast Clovis.
The district will begin building the new school near Shields and Locan avenues next month. It expects to open the school in August 2020. 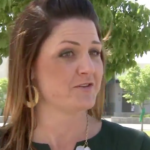 “The boundaries can be changed and altered. We just want to get the community’s input to make sure that we are doing what’s best for kids.” — Kacey Gibson, principal of Reagan Elementary School
The new school will help the district keep pace with rapid residential development in the area.

Students forced to transfer from their current elementary school to the new school was the biggest issue for such as Michelle Schwarz.
Schwarz, who has children at Reagan Elementary School, said she bought her home 10 years ago just so they could go there.
“We put a lot of time, devotion and support into that school,” Schwarz said during the meeting at Clovis East High School. “We would rather not leave.”

Parents David and Veronica Mendez said they are glad the district is opening up a new elementary school.
“We think it is a good thing,” David Mendez said. “There is a need for reducing enrollment and getting more services.”

Schwarz said safety is another issue.
She said her neighborhood doesn’t have direct access to the new school. She said the new school is a mile-and-a-half away. That means her children will walk across a canal to get there.
“Our neighborhood was designed with a walking path that is catty-cornered to the Clovis East complex,” Schwarz said. “Now you are going to redirect it to a whole another direction.”
Schwarz said that will impact her and others in getting their kids to and from school.
“We don’t have a good direction of traffic to get to that new school,” she said. 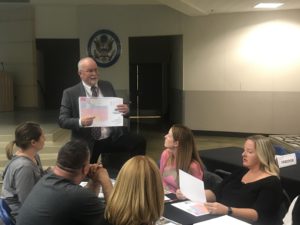 Kevin Peterson, the assistant superintendent of facilities at Clovis Unified, shows a group of parents the different boundaries of each elementary school in southeast Clovis.

Schwarz and others in her neighborhood proposed alternative plans. Both keep students from having to transfer to the new school, and minimize impacts in other neighborhoods, she said.

Boundaries Not Set In Stone

Kacey Gibson, the principal of Reagan Elementary School, said she understands the frustration of many parents, but noted that the boundaries are purely drafts.
“It is not something that is set in stone,” said Gibson, who will be the principal of the new elementary school. “The boundaries can be changed and altered. We just want to get the community’s input to make sure that we are doing what’s best for kids.”
Area Superintendent Corrine Folmer echoed a similar sentiment.
“Parents’ voices are important in these decision-making processes,” Folmer said. “While we recognize that elementary school boundary changes can be difficult, our entire team in the Clovis East area is eager to work with families to build another excellent educational experience for students at this new school.”

Parents can continue asking questions regarding the new boundaries online. The district has a FAQ page on its website that addresses common concerns.
Clovis Unified will release a final proposal in early February. The governing board is scheduled to take action later that month.

Watch a Video Rendering of The New School

Shields-Locan fly through from Clovis Unified School District on Vimeo.