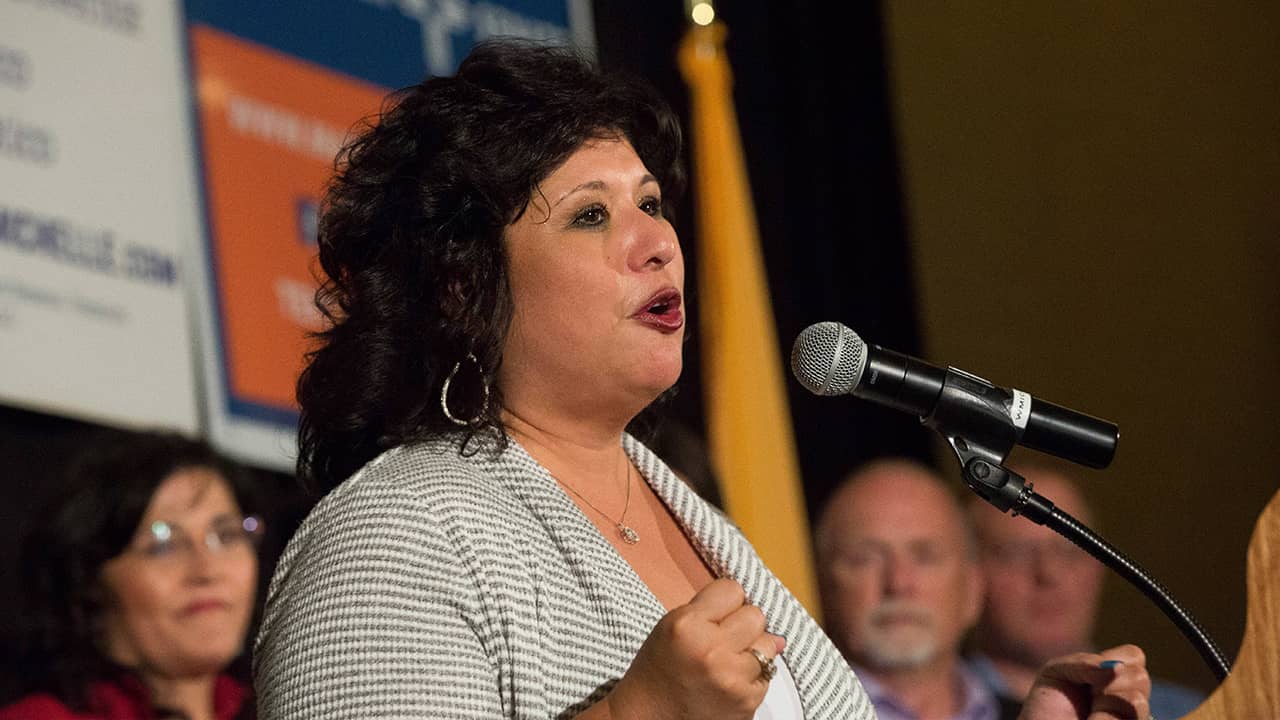 Women’s winning streak in this year’s elections has extended to statehouses across the country.

More than 2,000 women will serve in state legislatures when those chambers convene for their upcoming sessions, representing roughly a quarter of all state lawmakers across the country.

More than 2,000 women will serve in state legislatures when those chambers convene for their upcoming sessions, representing roughly a quarter of all state lawmakers across the country. That mark will eclipse the record of 1,875 who served this year, according to reports Thursday from the Center for American Women and Politics at Rutgers University.

The number could rise as ballot-counting concludes in close contests across the country. The Associated Press has not yet called 216 state legislative elections, races that include about 185 female candidates, according to the center.

In another first, women could end up holding the majority in two state legislative chambers at the same time — the Colorado House and Nevada Assembly, according to tallies by the center and the National Council of State Legislatures.

“It’s about time,” said Lisa Cutter, a Democrat who won a Colorado House seat in her first time seeking office.

Her victory came in a state with a long history of electing women. In 1894, Colorado became the first state to have women in its state legislature, when three were elected to the House.

State Lawmakers Are Part of a Wave of Women

The only previous time women comprised the majority in a state legislative chamber was in 2009 and 2010 in New Hampshire’s state Senate.

“There are certain issues that are closer to our hearts and our minds maybe more than our male counterparts.” — State Rep. Doreen Gallegos

The state lawmakers are part of a wave of women who ran and won this year for state and federal offices, most of them Democrats motivated by the election of President Donald Trump. They campaigned amid a spotlight on sexual harassment cast by the #MeToo movement, although polls showed that gender was only a minor concern for most voters.

Improving access to health care, expanding early childhood development and boosting funding for K-12 education were cited as top priorities by many female candidates during this year’s campaigns.

Doreen Gallegos, a Democrat who was easily elected to a fourth term representing a Las Cruces-area district in the New Mexico House, said she believes those topics will get increased attention by having more women in state legislatures.

“There are certain issues that are closer to our hearts and our minds maybe more than our male counterparts,” Gallegos said.

Nationally, women led the Democrats’ return to control of the U.S. House of Representatives as the number of GOP women serving will be down from the current 23 to as few as 13. Overall, there will be at least 102 women in the House next year, an increase of at least 18 over the current mark. The peak number of women in the House at one time was 85 for a brief period in 2016.

The U.S. Senate will have at least 23 women, tying the current total and record. That number would rise by one if Republican Cindy Hyde-Smith wins a runoff election in Mississippi next month.

At Least Nine Women Will Be Governors

At the state level, at least nine women will be governors, tying the record set in 2004 and 2007. Ballots are still being counted in Georgia, where Democrat Stacey Abrams is hoping to push the governor’s race to a runoff.

“We are very encouraged by these results. This is the largest increase in women’s representation in state legislatures we’ve seen in some time, after more than a decade of relative stagnation.” — Debbie Walsh, director of the Rutgers center

Despite this year’s gains, American politics remain dominated by men, who will account for more than three-fourths of the seats in Congress and hold the governor’s offices in four-fifths of the states.

It’s at the state legislatures where women will hold a slightly larger proportion of the 7,383 seats — at least 27 percent.

“We are very encouraged by these results. This is the largest increase in women’s representation in state legislatures we’ve seen in some time, after more than a decade of relative stagnation,” Debbie Walsh, director of the Rutgers center, said in a statement. “The only question that remains is whether 2018 was a one-off or a new norm.”

In Colorado, Cutter found an easier path than expected to winning a suburban Denver district previously held by Republicans when incumbent Timothy Leonard dropped out of the race over the summer.

An organizer of the 2017 Women’s March in Denver, Cutter said she anticipates a different course in the Colorado Legislature if one chamber is dominated by women. She expects issues such as health care and the environment to be more prominent and a better spirit of cooperation to prevail.

“When more women are in power or at the table, you get better results,” she said.

Is Janz In or Out of Fresno County Supervisor Race?