Opposition to War in Yemen Grows. How Will Trump Respond? 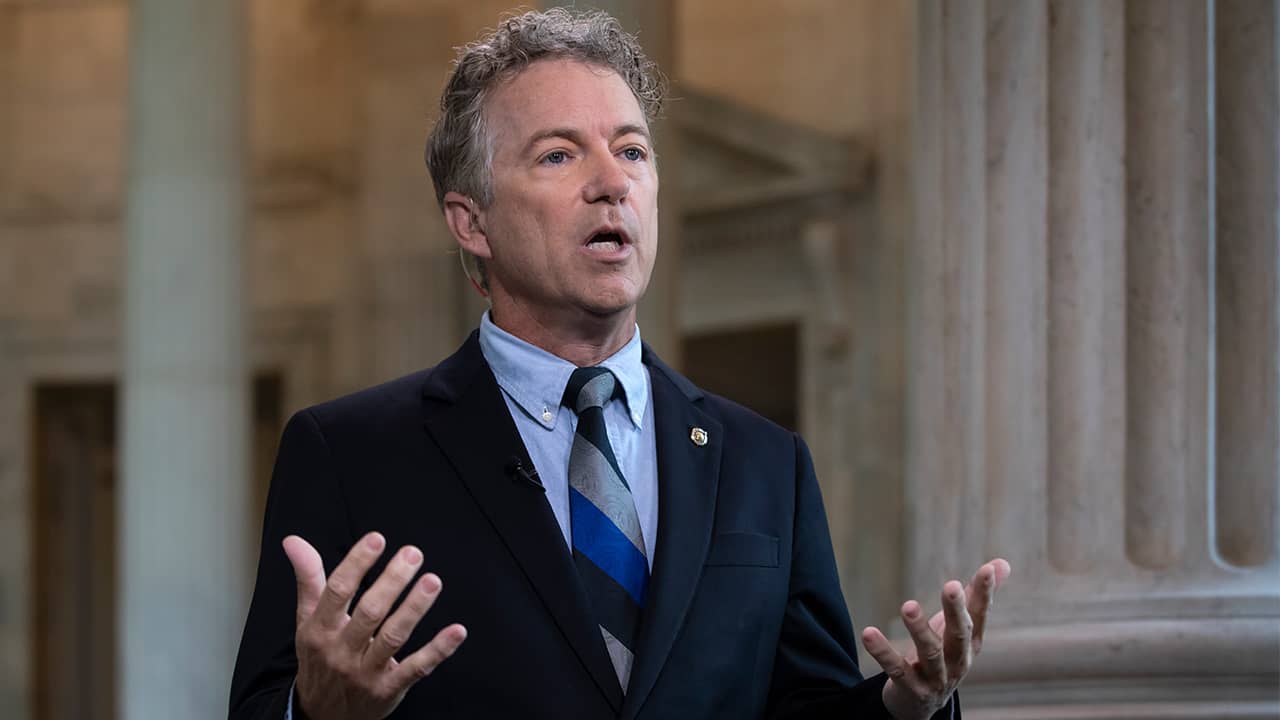 WASHINGTON — The Senate rejected an effort Thursday to block $300 million in weapon sales to Bahrain, but there’s growing unease in Congress about the U.S. role supporting the Saudi Arabia-led coalition’s military campaign in Yemen.

Sen. Rand Paul, R-Ky., forced the vote to send a message to President Donald Trump that the United States is “done with the war in Yemen.” Facing a veto threat from the White House, the resolution failed 77-21.

But Paul, who remains close to Trump, is not alone in raising concern about the toll the war is taking in Yemen. In the House, Democratic lawmakers voiced frustration Wednesday after Republican leaders blocked consideration of a resolution from Rep. Ro Khanna, D-Calif., that would direct the president to end the U.S. military’s support of Saudi-led forces within 30 days, and until Congress authorizes such support.

“It is long overdue that we end U.S. complicity in Saudi Arabia’s atrocities,” said Rep. Tulsi Gabbard, D-Hawaii. “We must end all U.S. support for Saudi Arabia’s genocidal war in Yemen now.”

Bahrain is a member of the Saudi-led coalition at war with Iran-aligned rebels in Yemen since March 2015. The conflict in Yemen, the Arab world’s poorest country, began with the 2014 takeover of the capital, Sanaa, by the Houthis who toppled the internationally recognized government. The Saudi-led coalition has been fighting the rebels since 2015 in an attempt to restore that government to power.

The focus on the Yemen conflict comes amid fresh scrutiny of Saudi Arabia after the death of journalist Jamal Khashoggi. He was killed during a visit to the Saudi Consulate last month in Istanbul. Turkey alleges the Saudis were responsible for his death and the U.S. announced Thursday it was imposing sanctions on 17 Saudi officials who it said were responsible for or complicit in the killing.

Paul’s effort followed his pledge to block a pending U.S. arm sales to Saudi Arabia, saying he has the votes to stop it. A previous effort against Saudi arm sales last year fell just a few votes short. The Trump administration has not yet notified Congress it’s ready to proceed with the next sale of Saudi arms, averting a showdown over the issue, for now.

On Thursday, the White House issued a veto threat against the Bahrain resolution, saying the sales of 120 Guided Multiple Launch Rocket System pods and 110 Army Tactical Missile System pods are intended for the defense of Bahrain, which is home to various U.S. military forces.

“The utilization of this ground-based system would enhance Bahrain’s ability to protect itself against threats to territorial sovereignty, particularly from Iran,” the White House wrote.

Members of the Senate Foreign Relations Committee largely sided with the administration even as they expressed concern over the Yemen conflict.

New Jersey Sen. Bob Menendez, the top Democrat on the committee, said he is opposing the Saudi arms sale because he’s concerned the weapons are being used inappropriately in the Yemen conflict. But he took issue with Paul’s effort because the particular arms sale to Bahrain is “not part of a comprehensive strategy to end the civil war in Yemen.”

GOP Sen. Bob Corker of Tennessee, the committee chairman, also sought to differentiate between Bahrain and what is taking place in Yemen and Saudi Arabia. He said he has asked for a high-level briefing with Pentagon officials over the war and the death of Khashoggi.

“I’m obviously very upset with what has happened with the journalist. I think a price needs to be paid,” Corker said.

But Corker said Bahrain is home to a naval base with 7,800 U.S. service members protecting U.S. interests and serving as a buffer against Iran. He said that blocking an arms sale to an ally over “something that has nothing to do with them, but has something to do with another country is not a pragmatic, nor a sensible step.” 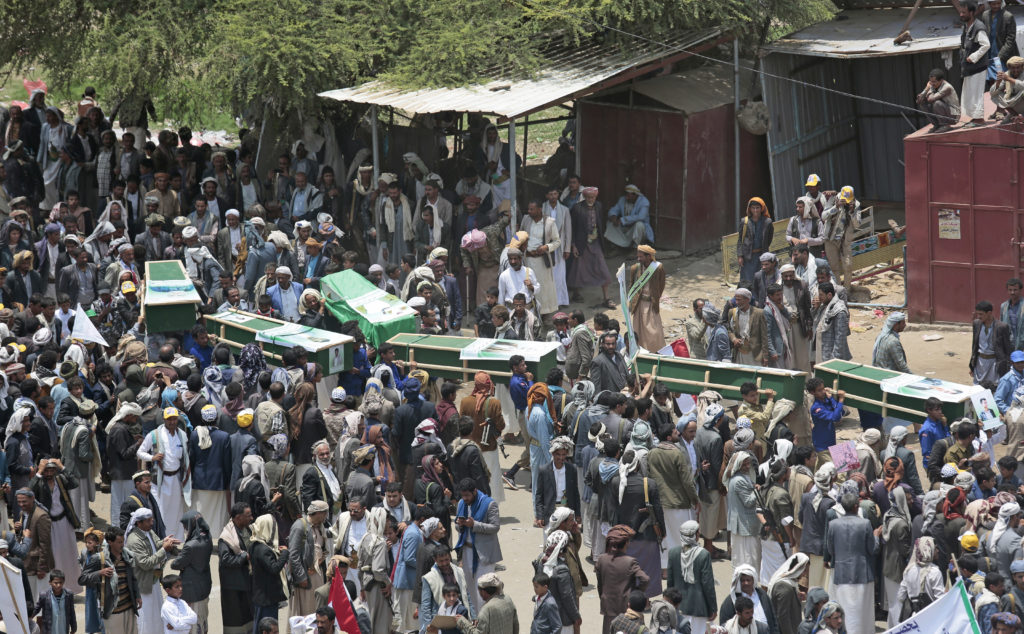 In this Aug. 13, 2018 photo, Yemeni people carry the coffins of victims of a Saudi-led airstrike, during a funeral in Saada, Yemen.  (AP File Photo/Hani Mohammed)

Paul said he would like to vote directly on the U.S.’s involvement in the war in Yemen, but he could only get an indirect vote on a coalition partner.

“I’m not asking that we end our alliance,” Paul said. “I’m only saying stop one sale of arms to send the message that we are done with the war in Yemen.”

Paul, a leading noninterventionist, said it’s folly for Americans to think that their support for Bahrain doesn’t translate into support for a war that Congress has not specifically authorized.

Lawmakers have discussed updating the war powers authorizations that were approved in the aftermath of the attacks of Sept. 11, 2001, but Congress has yet to do so.

Separately, six senators — three Republicans and three Democrats — introduced a measure Thursday that would suspend weapons sales to Saudi Arabia, something Trump has described as “foolish” because he said the Saudis would just get their arms from other countries.

The Saudi Arabia Accountability and Yemen Act of 2018 would also require the president to impose sanctions on any persons found responsible for the death of Khashoggi, including any member of the Saudi royal family or Saudi government who ordered or contributed to his death.

“It is imperative that Congress stands unequivocally on the side of human rights and democratic values,” said Sen. Jeanne Shaheen, D-N.H.