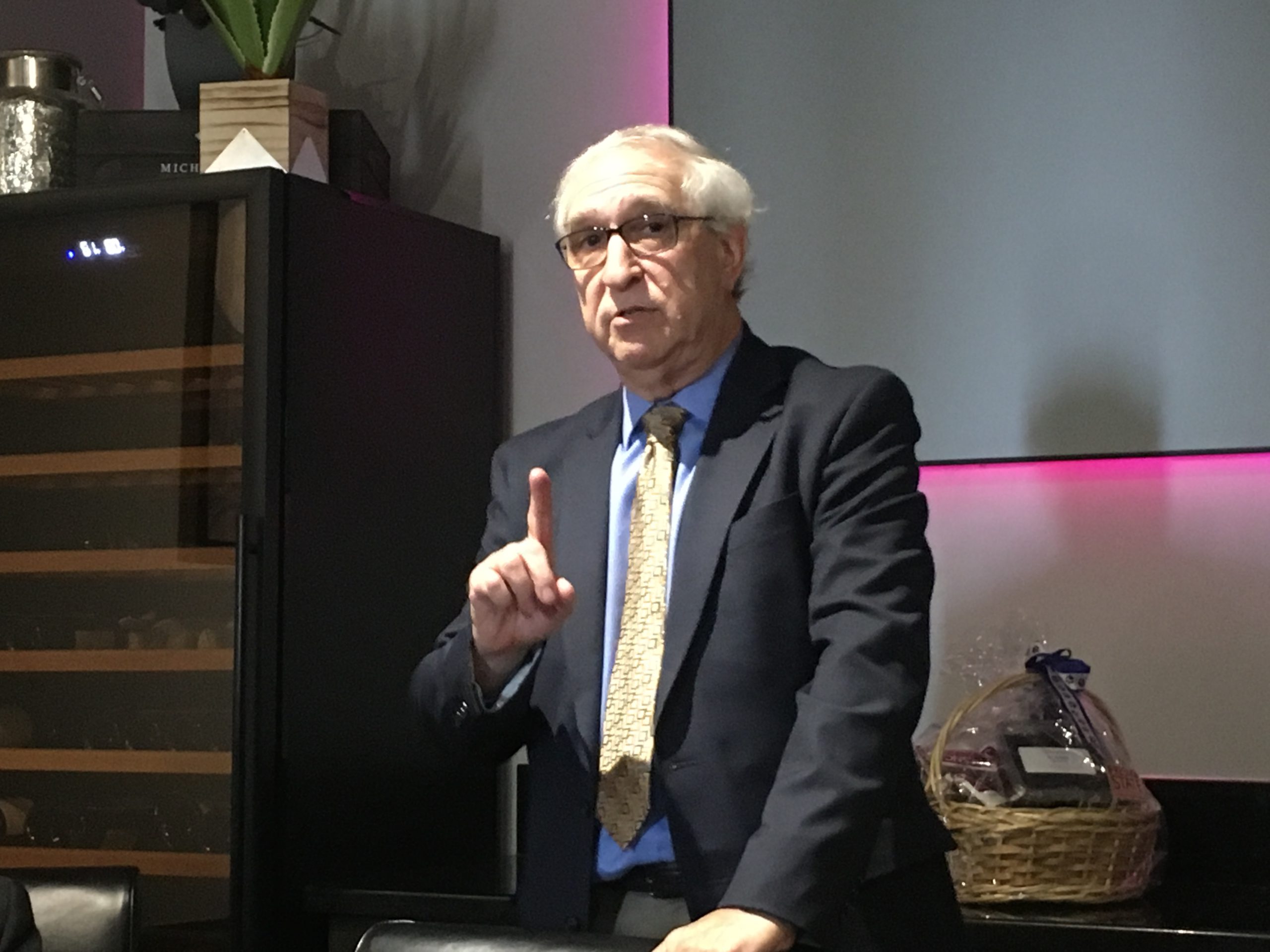 Republicans have a tarnished brand in California. That is the assessment of conservative commentator Joel Fox, publisher of Fox and Hounds Daily.

“California talks about being the resistance … that showed up in lot of the congressional races. Some of the voters don’t give some of the Republicans a chance. They see the Republican label, and they go, ‘No, I’m not for them.’ ”

Republicans are down, but not out, Fox says.

“(The brand) is definitely wounded,” he said making comparisons to Barry Goldwater’s lopsided loss to President Lyndon Baines Johnson 1964 prior to the Reagan resurgence of the 1980s. “I wouldn’t pronounce them dead. It will really depend on what the Democrats give them. If the Democrats go wild, people may turn to the Republicans and say, ‘Whoa! We need a two-party system in the state.’ ”

Fox perhaps delivered his best line while speaking to a Maddy Institute luncheon about the California gubernatorial race.

Fox made his assessment the same day that former Republican Assembly leader Kristin Olsen of Modesto wrote in an op-ed published by GV Wire that the “GOP is Dead in California.”

Valadao Lead Shrinks, But Holding On

After the returns on election night, Rep. David Valadao seemingly had a safe 7 percentage point victory.

Things could still change. Kern County, which makes up the largest portion of the district, 41%, has 22,000 ballots yet to process. That is where Cox has done the best, winning 60% of the vote.

Fresno County, representing 33% of the district, still has 39,000 ballots to go. Returns thus far show Valadao winning the county at 52%.

Keep in mind that not all those processed ballots are for this congressional seat.

Another #CA21 update from the GOP-heavy Kings County portion boosts @RepDavidValadao‘s margin back over 2,000, clawing back some of the losses from the earlier Fresno update. Valadao now leads by 2,090 votes. https://t.co/hYVYTFVpRM

The measure needed two-thirds to pass, and it is well short of that. That is nearly statistically impossible to change.

However, now that it is in the majority by 1,672 votes, a court could determine whether the tax goes through.

The case doesn’t involve Measure P, but could have a profound impact.

According to state law, taxes that go to a specific purpose, such as parks, need the higher threshold than just a simple majority. A 2017 state Supreme Court ruling muddied that thinking, ruling that initiatives placed on the ballot by gathering signatures only need a simple majority to pass.

The first case of that happened last June in San Francisco. There, city voters passed a measure to raise taxes on commercial rents to fund childcare and early education programs.

It received 50.9% of the vote. The city deemed that it passed and would take effect.

It may take years before a final disposition of this case. If the courts (and a case like this is destined to go back to the California Supreme Court) rule in the city’s favor, Measure P could make an argument that the 3/8 of a cent raise in Fresno should go into effect.

In Central Unified Area 7, Naindeep Singh Chann has a 49 vote lead over Rama Dawar. Election night results had Dawar with a 20 vote lead.

And, in the SCCCD Area 4 seat, Magadelna Gomez has expanded her lead over incumbent Ronald Nishinaka to 1,090 votes. The district also includes voters from Tulare County.

At State Center’s school board meeting on Tuesday (Nov. 13), the last meeting before new members are sworn in, Nishinaka made his farewells. Congresswoman-elect Rashida Tlaib of Michigan has the designation of being one of the first two Muslim-American women elected to congress.

The Council on American Islamic Relations Central California chapter will honor her at a banquet in Fresno on Dec. 1 at the Radisson in downtown Fresno.

While CAIR promotes itself as a Muslim civic rights organization, some critics link the group to terrorist organizations. The group vehemently denies such accusations.

Because of ’17 Law, Bulldogs Use Auxiliary Funds to Play in Texas