Because of '17 Law, Bulldogs Use Auxiliary Funds to Play in Texas 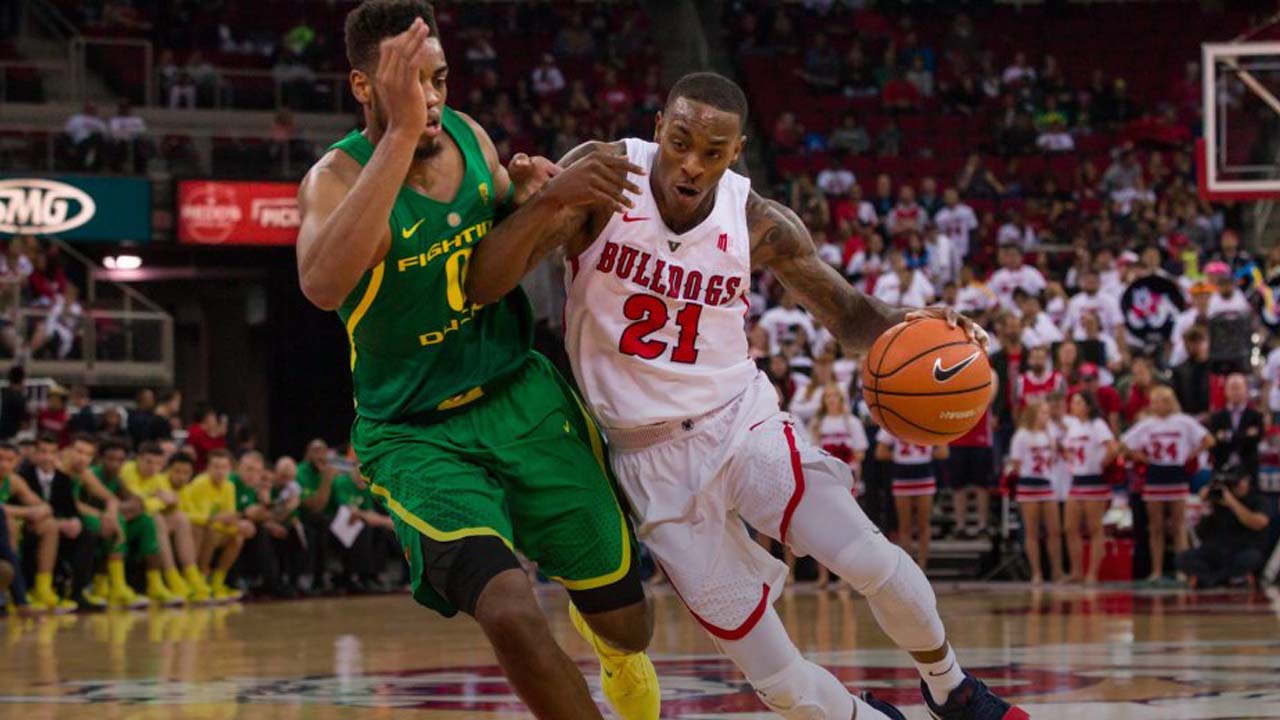 The Fresno State men’s basketball team’s first road game this Thursday (Nov. 15) at TCU will be a challenge for at least two reasons.

First, the Bulldogs play a team that is ranked 21st in the Associated Press poll and qualified for the NCAA tournament last year.

Second, the game is in Texas, which means the school had to use auxiliary funding for the trip.

AB 1887, implemented in 2017, forbids using public funds traveling to states the attorney general deems to have discriminatory laws against the LGBT community. Texas is on the list of nine states.

School officials, however, say the trip is being covered with non-state funds. “We use auxiliary funds for that travel and not state funds.” — Fresno State’s Debbie Adishian-Astone

“All of our sports operating expenses are handled through the athletic corporation. We use auxiliary funds for that travel and not state funds,” Debbie Adishian-Astone, vice president of administration and chief financial officer, tells GV Wire.

While the athletic department, under the direction of Terry Tumey, is a division of the university, its funding comes from a separate entity dubbed the “Athletic Corporation.” Technically, the corporation is designated as a 501(c)(3) nonprofit, with its own board of directors and governance.

It takes in a variety of revenues, both from public and private sources. When it comes to traveling to the “banned” states, the corporation uses private funds.

“We ensure that we charge the expenses for any of those travel expenses to non-state revenue — the sponsorship revenue, the ticket revenue and other non-state sources. Most of the support from the university, however, is for the salary and benefits of the athletic department staff,” Adishian-Astone explained.

Academic and other school clubs can also draw upon other auxiliary organizations to fund travel into AB 1887 banned states.

Adishian-Astone notes that Fresno State doesn’t control the location of where outside organizations and universities hold their meetings.

“We are very careful to make good decisions in ensuring there’s no other alternative and it’s really necessary travel for our faculty or staff,” she said. “It’s not fair for them not to be able to participate because of where the event is being held.”

When the law took effect Jan. 1, 2017, athletic departments from California’s public schools had to figure out ways to conduct business in 18% of the union.

There were some exemptions — teams with contracted games prior to 2017 could still honor those deals. That allowed the Fresno State football team to play at Alabama in Sept. 2017.

“State schools are welcome to use private funds for these purposes.”—Bill author Evan Low

But, what about conference games, NCAA tournament games, and the matchup at TCU?

Fresno State is basing its decision to use non-state funds on a memo to CSU presidents from July 2017.

The bill’s author, Assemblyman Evan Low (D-Cupertino), said in a statement that the CSU’s assessment is correct in complying with AB 1887.

Assemblyman Matthew Harper (R-Huntington Beach) hoped the attorney general’s office would end any ambiguity of AB 1887’s implementation. He asked the AG to review the law. Recently, The Sacramento Bee reported that AG’s office iced such a review last April.

Harper proposed a bill to specifically carve out an exemption for athletic teams. It failed to get out of committee.