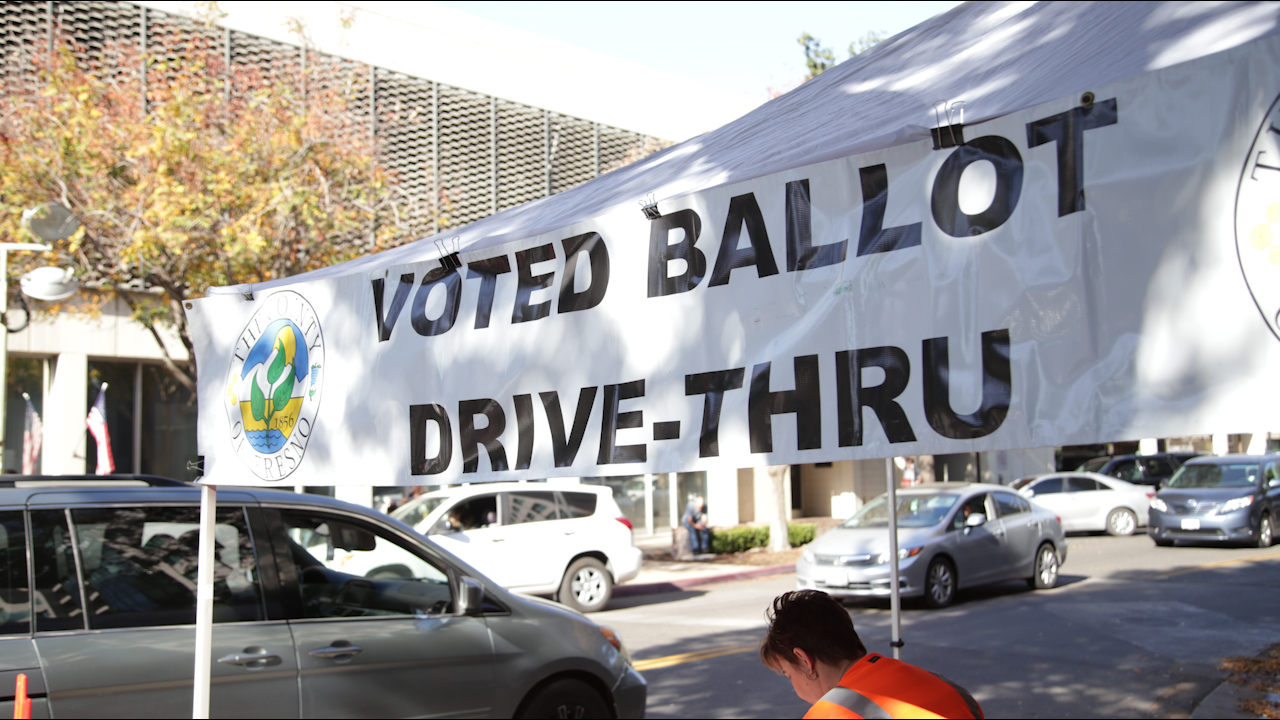 SAN FRANCISCO — Steady streams of Californians crowded into polling places, vote centers and city halls in a state that has tried to make it easier for people to cast a ballot as campaigns slugged it out on Election Day to get out the vote.

A spokesman with the Los Angeles County Registrar said the wait time at its headquarters in Norwalk was about two hours Tuesday. But he could not immediately confirm a Los Angeles Times reporter’s account that people were receiving tickets to use the bathroom or get food without losing their spot or giving up entirely.

In Merced County, Democrats scrambled after an early morning break-in at a campaign office where computers and literature were stolen, affecting the campaign for state Senate candidate Ana Caballero.

But overall, glitches were few in a state with more than 19.6 million registered voters.

She said a handful of people called to say they were asked for identification or about their country of origin, both illegal questions. A registered Republican called to report that his name was not on a voter roll as it should have been, and a Latino man called to say the poll worker listed his name separately on a yellow pad and the voter wanted to know if that was legal.

“So people are being sensitive,” she said, “and in the climate we have today, that makes a lot of sense.”

The registration tally translates into about 78 percent of eligible voters, the highest percentage of registered voters in a midterm election since 1950. The number is likely buoyed by a new automatic voter registration program that registers eligible people who visit the Department of Motor Vehicles, unless they opt out.

Tim Dupuis, the registrar of voters in Alameda County, told the San Francisco Chronicle that turnout was expected to reach 70 percent compared with 45 percent in 2014. The county includes Oakland, where voters were choosing a mayor.

But Paul Mitchell, vice president of non-partisan research firm Political Data, Inc., said Tuesday that statewide turnout might hit 60 percent, which is on the high end for midterms but not extraordinary.

Mitchell said some counties, such as Orange, have exciting congressional races and turnout might near presidential levels, but others were casting votes for a more routine slate of statewide office and 11 propositions.

“What I think we’re seeing is essentially two Californias,” he said.

Kim Nalder, a political science professor at California State University, Sacramento, said she was “surprised and elated” to see the line at a campus polling spot that snaked down the hall, out the door, and around several more corners. It was full of young people waiting to vote.

In the June primary, there was no line there. She expected a few more people Tuesday because it was a general election.

“But this just blew it out of the water,” Nalder said. “I have never seen anything like it on our campus.”

Democrats hold a 3.7 million edge in voter registrations, and Republicans are also outnumbered by independents. They tend to vote like Democrats in California.

California at Center of Fight for US House Control