Susan B. Anthony's Grave Decorated With 'I Voted' Stickers 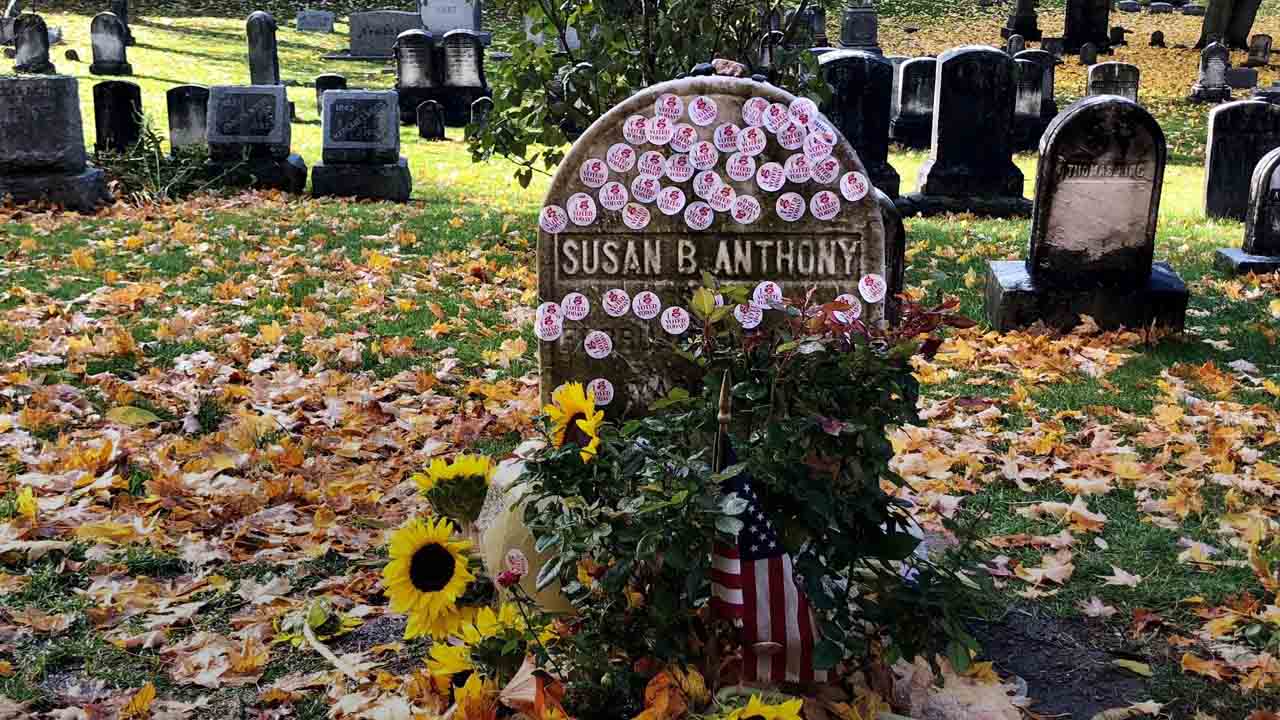 ROCHESTER, N.Y. — Voters showed up by the dozens to put their “I Voted” stickers on the headstone of Susan B. Anthony, an Election Day ritual that pays homage to the voting rights pioneer.

Deborah L. Hughes, President and CEO of National Susan B. Anthony Museum and House, said there were already a few dozen stickers decorating the gravesite by the time she arrived around 10 a.m. Images of the headstone covered in voting stickers quickly became widely shared on social media.

Jessica Crane drove 40 minutes to add her sticker to celebrate “everything we have accomplished and have yet to accomplish.”

Visiting Anthony’s gravesite on Election Day has become a popular ritual in recent years. Hughes said thousands turned out in 2016 for the presidential matchup between Hillary Clinton and Donald Trump.