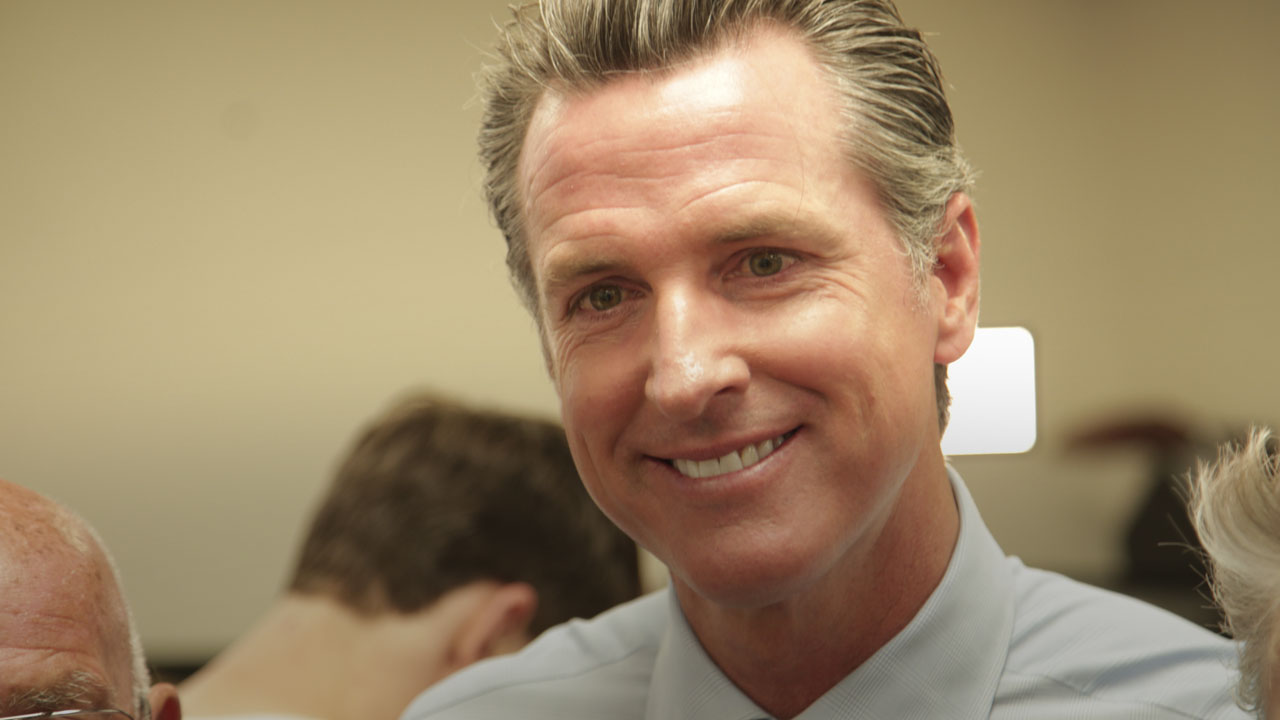 LOS ANGELES — Democrat Gavin Newsom was elected California governor Tuesday and used his victory speech to punch at President Donald Trump and extoll California as a beacon for all Americans who oppose “agents of anger.”

Newsom’s victory ensures one opponent of Trump, outgoing Gov. Jerry Brown, will be replaced by another.

He did not mention Trump by name, but his remarks were aimed squarely at the president.

“This, in every way, shape or form is California’s moment,” Newsom said.

For the past eight years Newsom has been lieutenant governor, a position with almost no power. Before that, as San Francisco mayor, he rocketed into the global spotlight when he ordered the issuing of marriage licenses to same-sex couples when it wasn’t legal.

Newsom, 51, promised similarly bold moves on the priorities of his party’s liberal base.

For Newsom, the pivotal moment in the campaign came in June, when Cox finished second in a crowded primary field where the top two advance regardless of party affiliation.

Facing a Republican provided a huge advantage in the state where the GOP has 3.8 million fewer registered voters than the Democratic Party.

Newsom spent much of the campaign raising money and holding rallies for Democrats running for seats in Congress and the Legislature, building goodwill with lawmakers with whom he’ll be working.

Cox, 63, a lawyer and investor living in the San Diego area, hammered relentlessly on California’s high cost of living, for which he blamed Newsom and the Democrats who control the Legislature and every statewide office. He pledged to cut taxes and roll back environmental laws that he says obstruct housing construction.

He downplayed his conservative stances on social issues — he opposes abortion and made inflammatory comments about gay marriage a decade ago — but was unable to persuade voters to give him a shot. He also was hurt by support from Trump, who is very unpopular in the state.

“I consider myself very proud that we highlighted the incredible struggle that the people of this state have had for years,” Cox told supporters as he conceded defeat in San Diego.

He blamed his loss on the enormous cost of running a campaign in California, home to nearly 40 million people and some of the nation’s most expensive television markets. He raised more than $11 million this year — much of it his own — but still did not have enough money to run ads on broadcast television in the crucial final weeks.

“I’m not going anywhere,” he said at the close of his speech. “I love this state and I’m going to stay involved.”

Newsom has made himself a foil for Trump in California, a state that has passed laws and filed lawsuits aimed at thwarting the president’s agenda on health care, immigration and climate change. He’s drawn the ire of Trump, who has mocked Newsom’s policies and at one rally called him “this clown in California who’s running for governor.”

Only about a quarter of California voters said the country is on the right track, compared with roughly seven of 10 who said it’s headed in the wrong direction, according to AP VoteCast, a wide-ranging survey of the American electorate.

A majority of voters — some seven in 10 — had negative views of Trump, and about five in 10 said they voted to express opposition to the president. Fewer than one in five said they went to the polls to show their support for Trump.

Newsom will take over Jan. 7 from Brown, California’s longest-serving governor. Brown has twice served back-to-back terms, the first from 1975-1983 and then again starting in 2011. California now has term limits only allowing a candidate to serve eight years as governor.

When he assumes control, Newsom will find a Democratic Legislature antsy to boost spending for the social safety net and higher education after eight years of Brown holding the line on such spending. He’ll inherit strong state finances with billions in budget reserves and a surplus, but also the ever-present threat that an economic downturn will once again force cuts in a state that disproportionately relies on income taxes paid by the wealthy.

Before he was a politician, Newsom in his early 20s opened a wine store in San Francisco, the start of a business empire that’s grown to include about two dozen bars, restaurants, liquor stores, wineries and hotels. The PlumpJack Group, as it’s known, is now led by his sister, but will present an ethics challenge for him as governor.

He’s been adamant that he won’t sell his interests, so he’ll have to avoid creating conflicts or the appearance that his position is helping him profit in the highly regulated industries where he operates.

Newsom got his start in politics when San Francisco’s legendary mayor, Willie Brown, appointed him to the city parking commission and later to a vacant seat on the Board of Supervisors, San Francisco’s city council. He was considered a centrist candidate for mayor in a the famously liberal city and won, making national headlines for defying the law on gay marriage and extending health care benefits to everyone in the city.

He considered running for governor in 2010 but stepped aside when Brown made clear he’d be on the ballot. Newsom ran for lieutenant governor instead.