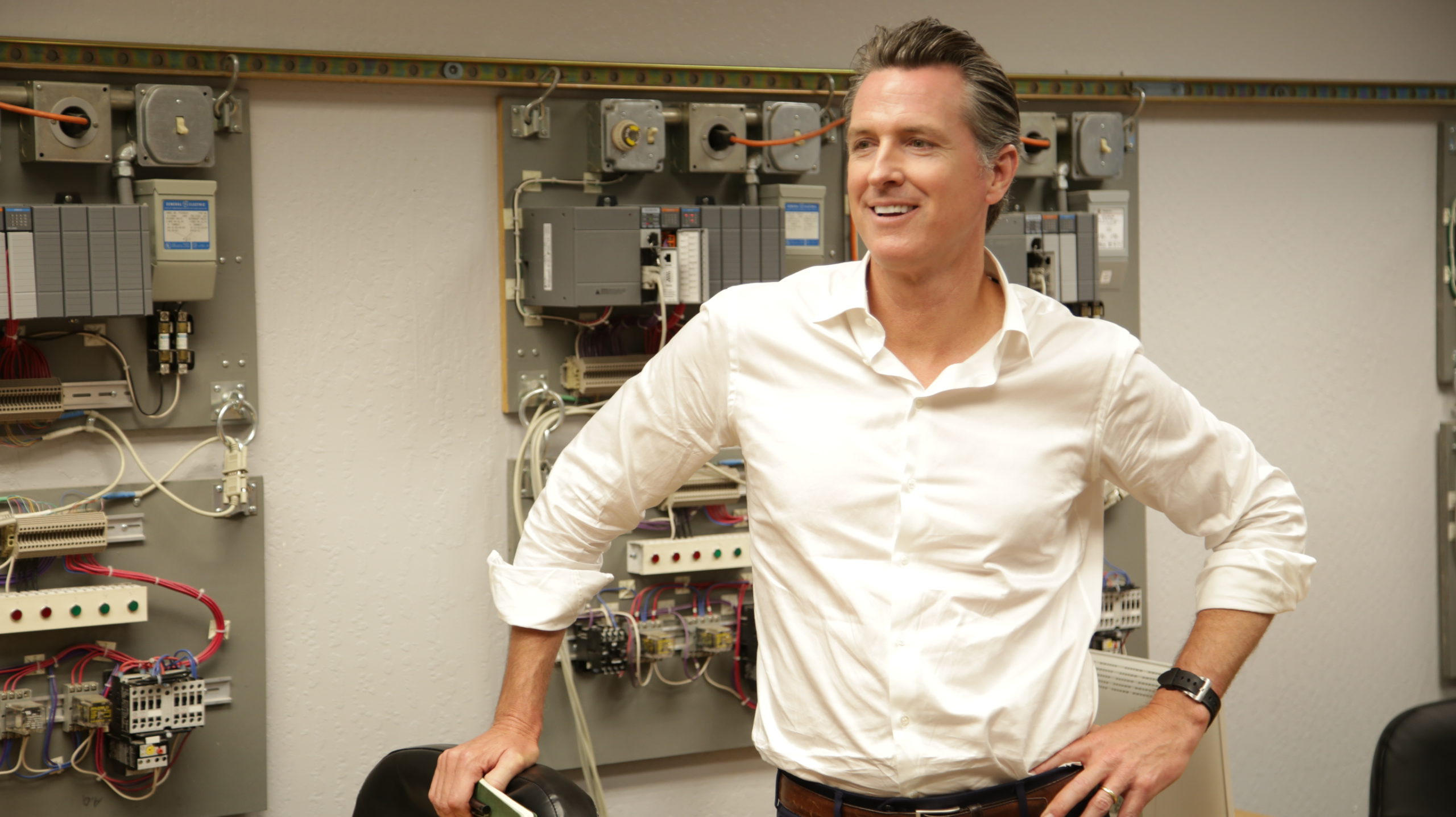 Democrat Gavin Newsom has been elected governor of California, taking the helm of the state’s strong resistance to Trump administration policies on health care, immigration and the environment.

Newsom’s victory Tuesday over Republican businessman John Cox means one harsh critic of President Donald Trump — current Gov. Jerry Brown — will be replaced by another in the nation’s most populous state.

Newsom, who served as lieutenant governor under Brown, has pledged to spur a rapid bump in housing construction, push for universal health care and help impoverished children.

As mayor of San Francisco, Newsom ordered the issuing of marriage licenses to same-sex couples.

During the campaign, Cox focused relentlessly on California’s high cost of living. But he could not overcome the Democrats’ significant advantage among registered voters and their dislike of Trump, who supported Cox.

U.S. Sen. Dianne Feinstein is leading in her bid for a fifth full term against fellow Democrat Kevin de Leon.

Feinstein has roughly 53 percent of the vote with more than 2.8 million ballots counted. She’s facing a fellow Democrat because of California’s system that sends the two candidates who win the most primary votes to the general election.

Voters first sent Feinstein to Washington in 1992. At 85, she’s the oldest U.S. senator. She’s argued her tenure in Washington makes her an effective leader. De Leon has tried to paint her as too weak against President Donald Trump.

Republicans have expanded their majority in the U.S. Senate.

Feinstein has argued it’s hard to be effective when Democrats are the minority party.

California voters are leaning toward putting an end to resetting their clocks twice a year.

The measure would also require a two-thirds vote from the state Legislature and a change in federal law to take effect.

Democratic Rep. Kansen Chu of San Jose says he sponsored it because changing clocks twice a year is a hassle.

The issue was fresh on voters’ minds when they headed to polls.

California and most of the rest of the nation fell back an hour to standard time on Sunday, gaining an extra hour of morning daylight but losing one in the evening.

A measure to allow more rent control in California is trailing significantly in early returns.

The measure that would allow cities to expand rent control is one of the highest-profile and most expensive issues on the ballot as California faces a massive housing shortage.

It would overturn a state law limiting rent control on apartments built after 1995, single-family homes and condominiums. It also would allow local laws restricting what landlords can charge new tenants.

Opponents argue Proposition 10 would have decreased housing supply by reducing developers’ incentive to build. Supporters say allowing more rent control would protect people from being priced out of their homes.

A proposal to repeal a gasoline tax increase for transportation projects in California is trailing in early returns.

Proposition 6 had about 47 percent of the vote shortly after polls closed Tuesday with nearly 2 million votes counted.

The Republican-backed measure would repeal an increase in fuel taxes and vehicle fees that is expected to fund $5 billion in road fixes and transit improvements each year. It would also require voter approval for any future gasoline tax hikes.

Republicans hoped the measure would boost GOP turnout in contested congressional and state races. They say California is too expensive and should spend its money more wisely.

Another incumbent, Democratic Secretary of State Alex Padilla is also ahead. Padilla is seeking re-election against Republican attorney Mark Meuser.

In the race to replace Gavin Newsom as lieutenant governor, Eleni Kounalakis is leading Ed Hernandez. They’re both Democrats. Newsom is running for governor.

In other statewide contests, voters are choosing the next schools chief, treasurer and controller.

Latest: Election to Shatter Record of Women in House