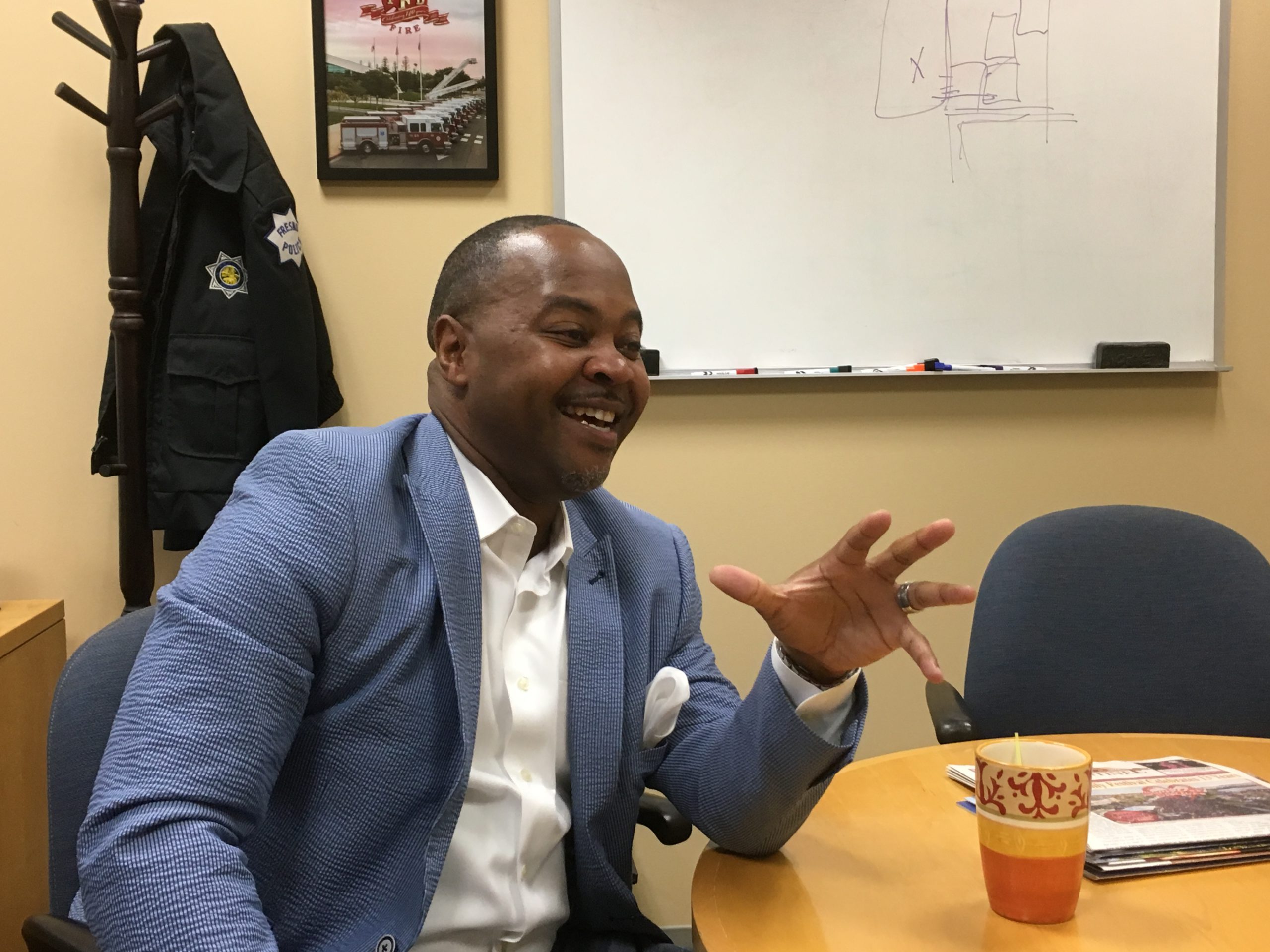 Oliver Baines admits just because he and his colleagues hold the title of council member doesn’t make them smarter than anyone else.

“We’re really just some pretty average folks that decided to run for office and ran a campaign good enough to win. So, I don’t want to make it seem like we’re super people or super smart,” Baines said.

In just about two months, Baines will pack away his family photos; roll up his signed poster of Denzel Washington; and take his old police jacket off the hanger.

“I came in wanting to do somethings. I didn’t realize at the time but how challenging they would be. But despite that I’m proud of what I’m leaving behind to my successor,” Baines said of his eight years.

After his 2010 election and 2014 re-election, Baines is termed out office, awaiting life outside City Hall.

The Art of Politics 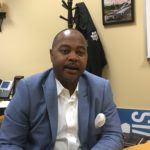 “I came in wanting to do some things. I didn’t realize at the time but how challenging they would be. But despite that, I’m proud of what I’m leaving behind to my successor.”

Baines advises his successor, or anyone else in politics for that matter, to work with your colleagues.

“That really is the art of politics,” Baines said from his City Hall office he will soon vacate. “That’s the very same issue that every elected official across the country has. We all come in with great ideas and we all have to figure out how we actually get them implemented.

“The bottom line is you’ve got to collaborate with your colleagues. There is no other way to get anything done if you’re not willing to collaborate… There isn’t a single thing I can do without the help of my colleagues.”

As far as campaigning, talking about public safety and budgets is good, “But at the end of the day what people really want are ‘is the pothole in front of my house fixed? Are my street lights going to come on? Is my neighborhood safe? Can I walk in it?’ These are basic needs that I would say 85 percent of people are more concerned with these types of issues particularly on a local level than what you may hear in campaign rhetoric.” 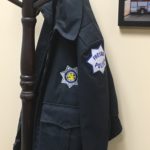 Baines hangs his old police jacket in his office.

Moments before Baines spoke for this interview, a fellow council member grabbed Baines to relay to him the latest drama of something somebody did (or didn’t) do. Baines did not want to go into details, essentially rolling his eyes and unleashing a sigh.

Some of that silliness Baines won’t miss. Neither is the political posturing.

“Political grandstanding probably is the most frustrating thing,” he said of his eight years on council.

Reflecting on tough votes in the past—the Measure G garbage privatization and bus rapid transit were two that came to mind—Baines hoped for more conviction from his colleagues.

“Instead of explaining the reality and the truth that we’ve got to take hard decisions and hard votes, they fold to (public pressure). They just bend with whatever public sentiment is, even if the public sentiment is incorrect. And that’s a shame.”

Baines said among his most significant victories was finalizing an agreement to move the Darling rendering plant away from its current southwest neighborhood and into a more rural area on the city’s western edge.

“(Darling is) the biggest environmental injustice that’s happened in the city of Fresno. So, you know, it’s taken me all of my time here to get that project to this point,” Baines reflected. “It’s the largest single thing I’ve ever done and I’m very proud moment for me to bring the community and the business to a point where they can work together.”

“Residents now believe that good things are going to happen in their community. When I first came to this office, no one believed that. — Councilmember Oliver Baines

“Before I leave office, we’ll have developers that will be bringing large single-family home, market rate developments southwest Fresno. I’m proud of it.”

Baines also touted the intangible improvements to his district—a renewed sense of pride.

“It was an extremely hopeless situation for my residents. I know for sure that today, they feel differently than they did eight years ago,” he continued.

He also feels that Fresno is slowly but surely improving its self-esteem. Measure P, which Baines supports, is evidence of that.

“You have people that are saying we are proud of Fresno and we want to be better. We’re not going to only ask to be mediocre, we’re not going to ask for just enough not be bad. We’re going ask for enough to be great to have a great park system to have something great,” Baines said.

Leaving it All in the Chamber

Baines said he and his colleagues generally get along. Any disagreements are restricted to council chambers.

“The one good thing about this building is we can go out there we kind of fight on a Thursday and the day’s over. Sometimes, you win, sometimes you lose a vote. But usually the topic’s over and we can kind of move on.”

“My sentiment is moving the poverty needle—connecting people that are either unemployed or underemployed with living wage jobs. It is a passion of mine.”

Even a heated public conflict with Garry Bredefeld regarding the NFL National Anthem/kneeling issue resolved peacefully.

“My sentiment is moving the poverty needle—connecting people that are either unemployed or underemployed with living wage jobs,” Baines said. “It is a passion of mine.”

He is proud that a current workforce program he works on has a 90% success rate connecting workers to construction jobs.

He knows that he doesn’t want to go back to his prior life, working in law enforcement, and he has no plans for future office.