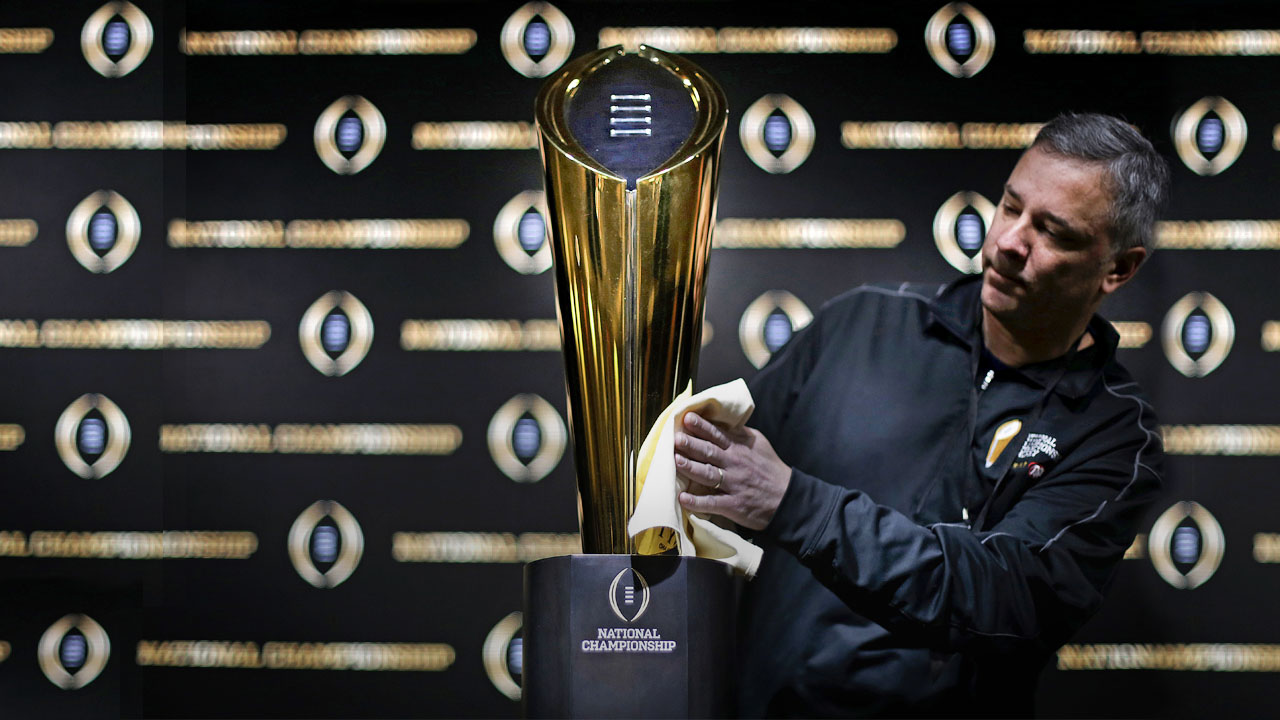 Could the Red Wave be preparing for a New Year’s Fiesta?
Fresno State, riding a six-game win streak and undefeated in the Mountain West Conference, has cracked the first College Football Playoff rankings of the season.
The Bulldogs are ranked No. 23 in the CFP Top 25.
But to play in a prestigious New Year’s Six game, they don’t have 22 teams in front of them. They have just have one.

The University of Central Florida, which went undefeated last season and made waves by claiming it was the true national champion ahead of Alabama, is ranked No. 12.
Like Fresno State, UCF is from a conference in the “Group of Five” — meaning teams not in the Power Five (SEC, Big XII, Big Ten, Pac-12, ACC).
The Group of Five is composed of teams from the Mountain West, American Athletic Conference, Mid-American Conference, Sun Belt, and Conference USA.
The highest ranking Group of Five team earns a right to play in a New Year’s Six bowl, if not the four-team playoff itself. While that may be a stretch for Fresno State, a slot in a New Year’s Six bowl would be the program’s highest achievement ever.
This season, the Orange Bowl and Cotton Bowl host the playoff semifinals, slated for Dec. 29.
Why is the Fiesta the likely target for Fresno State?
Two of the other New Year’s Six bowls have predetermined match-ups: Rose Bowl is Pac-12 vs. Big 10; and Sugar is SEC vs. Big XII;. The Peach Bowl doesn’t have conference commitments, but likely to inherit the traditional Orange Bowl match-up of ACC vs. Notre Dame/Big Ten/SEC. That leaves the Fiesta as the only bowl with two open slots.
Of course, this is all theoretical. Fresno State will need to continue to win out and do so impressively. UCF also would have to lose somewhere along the way. And, the CFP committee would need to keep its resolve to rank no other Group of Five team ahead of Fresno State.

The Teams at the Top

Is your team in? 👀 pic.twitter.com/CnmGi1MMVx
— College Football Playoff (@CFBPlayoff) October 30, 2018

Alabama, Clemson, LSU, and Notre Dame are the top four teams in the CFP rankings.
The 13-member selection committee will release four more weekly top 25s before the four-team field is set for the College Football Playoff semifinals Dec. 2.
Michigan is fifth, followed by Georgia and Oklahoma.
The top four teams were no surprise. The same four teams are Nos. 1-4 in the latest Associated Press college football poll, except with Notre Dame third and LSU fourth.
Next week’s rankings figure to look a lot different. Four games matching top-20 teams will be played Saturday, including Alabama at LSU.