All Polls Point to Newsom as California's Next Governor 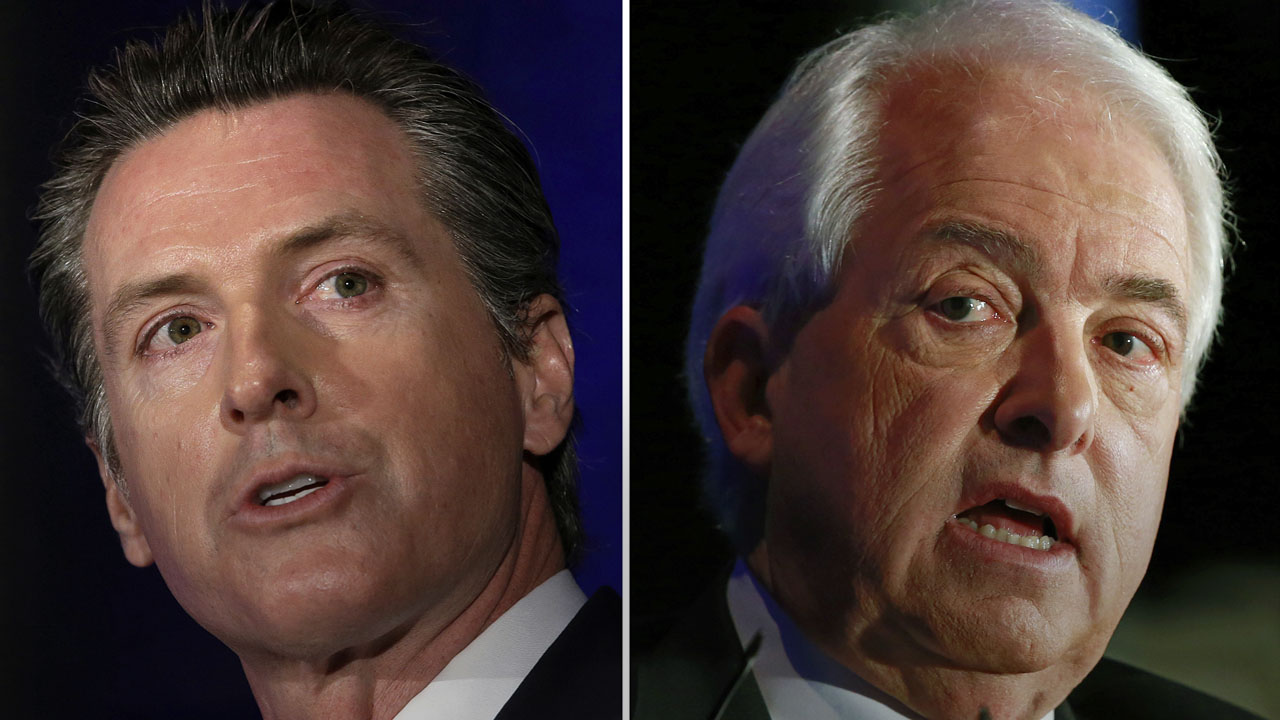 Barring a big rally by John Cox, Lt. Gov. Gavin Newsom will become the next governor of California.
A Public Policy Institute of California poll released Wednesday night shows Newsom holding an 11-point lead over Cox among likely voters in the race to succeed Jerry Brown.
Newsom, a Democrat, leads Cox, a Republican, 49 percent to 38 percent, with 10 percent undecided, according to the nonpartisan poll.
The Cox campaign, however, still clings to hopes of pulling an upset.
“Gavin Newsom is dropping and now below 50 percent despite spending over $10 million,” said Cox campaign manager Tim Rosales.
“The trend in these polls shows that Californians are realizing that it’s time for a change.”

Other highlights from the PPIC poll heading into the Nov. 6 election:
— Proposition 6, the gas tax repeal, is opposed by 48 percent of likely voters. Forty-one percent favor the repeal of fuel taxes and license fees enacted by the Legislature last year. Eleven percent are undecided.

A compilation of polls by RealClearPolitics from mid-September to mid-October shows Newsom leading Cox 52 percent to 36 percent.

Read about statewide and local candidates, as well as the state ballot propositions and local measures, at GV Wire’s Voter Guide.