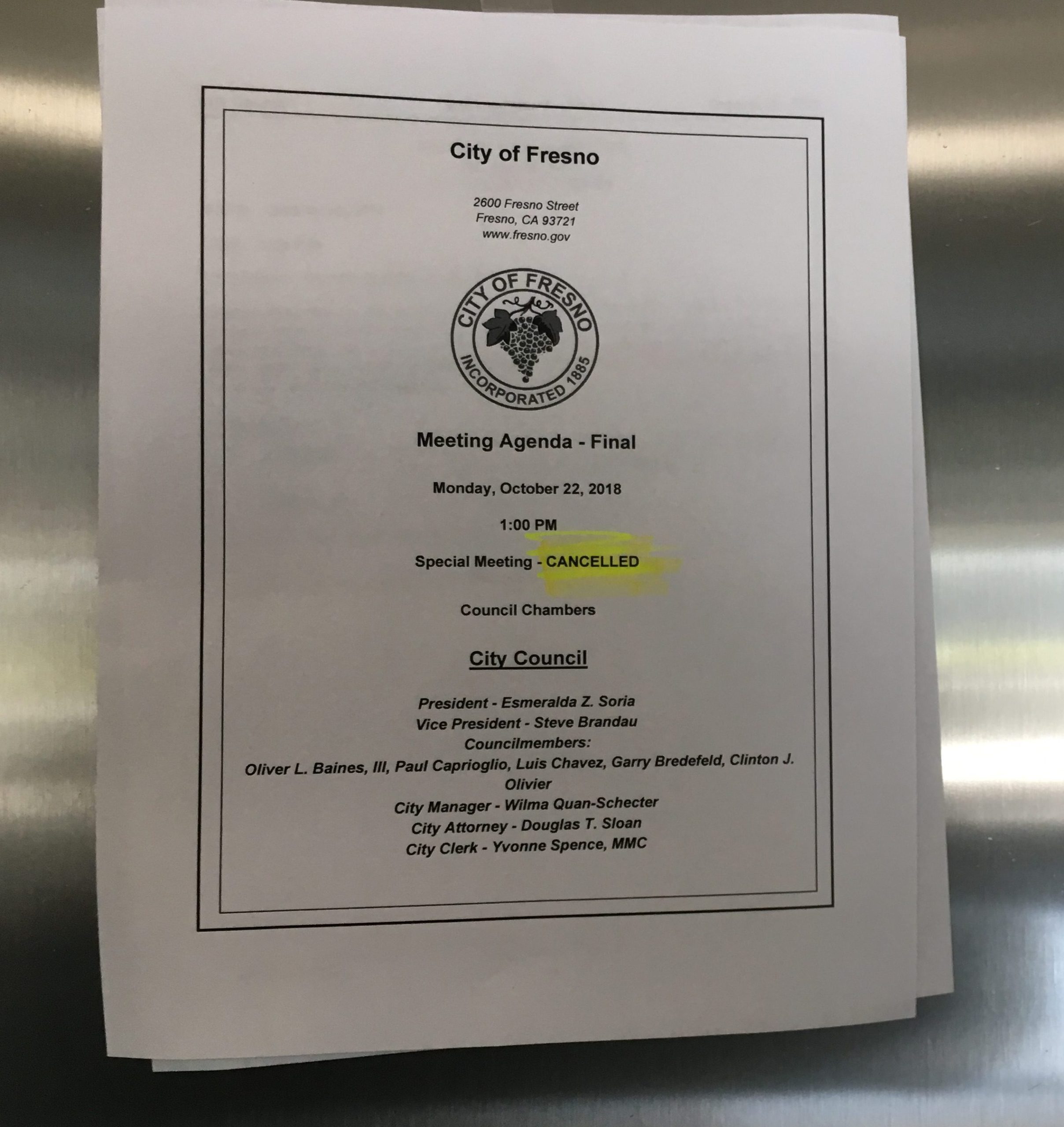 Fresno’s city clerk erred when she sent the wrong ballot language to the county clerk regarding Measure P, the proposed sales tax to benefit parks, City Hall said Monday.
What voters see on the ballot omits a few lines specifying areas the initiative would benefit.
Now the proponents of the initiative want the city do something about it — and say they are willing to go to court.
The Fresno City Council scheduled a Monday special meeting to discuss how to correct the mistake. One option was to mail out correction notices to registered city voters at an unknown expense. But the meeting was canceled 20 minutes before the scheduled 1 p.m. start.
The official reason from council president Esmeralda Soria’s office: lack of quorum. Soria received four confirmations when scheduling the meeting Friday. Only three (Esmeralda Soria, Steve Brandau, Oliver Baines) showed up at City Hall, according to Brandau.
But, Brandau said a letter from Yes on P’s lawyer provided another good reason to wait until the full seven-member body could debate the issue. 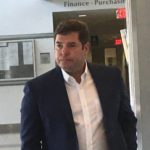 Multiple Yes on P supporters arrived at City Hall despite the Monday meeting cancellation. Assemblyman Joaquin Arambula was one.
Elliott Balch, one of the measure’s chief architects, was another.
He said Yes on P’s pollsters, EMC, discovered the discrepancy in the ballot language last week. When word filtered to Soria, she called for Monday’s special meeting that never came to be.
Balch said that time is of the essence.
“This delay is disappointing. Everyone should agree mailing out a correction is appropriate when a mistake is made,” he said. “Nothing matters other than voters having the right information.”

The council received a letter today (Oct. 22) from the firm of Olson Hagel & Fishburn LLP, based in Sacramento. Recognizing it was too late to print ballots that had already gone out, attorney Lance Olson raised a warning.
“While it appears to be too late to correct those materials, we are concerned that the city’s failure to comply with Elections Code section 10403 could raise uncertainty regarding the validity of the election,” Olson wrote.
The code Olson referred to deals with requesting a consolidated election. Specifically, it states the city “sets forth the exact form of the question …to be voted upon at the election, as it is to appear on the ballot.”
Through Monday, the county elections clerk received 22,882 returned ballots, or about 5% of registered ballots countywide. It is not known how many of those ballots are from Fresno city voters.
Olson also requested that the city take two actions: mail city voters the corrected ballot language and for the city to ask the county clerk to post the corrections at election sites. 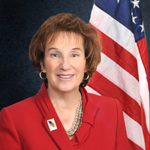 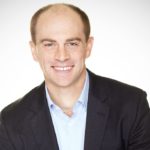 “This delay is disappointing. Everyone should agree mailing out a correction is appropriate when a mistake is made.” — Elliott Balch, Yes on P (Photo: CVCF)
Brandau found himself with more time than expected when 1 o’clock came. He met with Yes on P supporters Balch, Paul Gibson, and Jolene Telles.
He didn’t appear bothered by the meeting delay.
“The attorney letter changed the dynamic,” Brandau said, “Once it became a legal issue, we need a full council.”
He added, “We want to come up with a solution that doesn’t make things worse.”
Brandau wouldn’t specify how much he is willing to spend sending out correction mailers. If the council decides to send out a 35-cent postcard to the approximately 239,000 registered city voters, it would cost $83,650, not including the price to print and label. Costs could be less if the city mails only one card per household.

Timeline of a Mistake

The city council unanimously approved placing the parks tax initiative at its Aug. 9 meeting. This came after supporters turned in 35,000 signatures, nearly 10,000 more than necessary to compel the council to take action.
The city clerk’s office posted the initial agenda Aug. 3, as per its custom, the Friday before the next council meeting. That version of ballot language consisted of six lines, reading:

On Aug. 6, the clerk updated the agenda with supplements for the council, containing this updated language:

The clerk’s office submitted the draft language instead of the final version Aug. 10 to the county clerk, who administers elections.
No one from the city, nor either side of the Measure P campaign, caught the mistake until last week.
City Clerk Yvonne Spence did not want to comment on who in her office is responsible for the mistake. However, at Thursday’s regularly scheduled meeting, the council will discuss in closed session Spence’s “discipline/dismissal/release” according to the agenda.