Clovis Unified Funding Is Low, But It Excels Just the Same 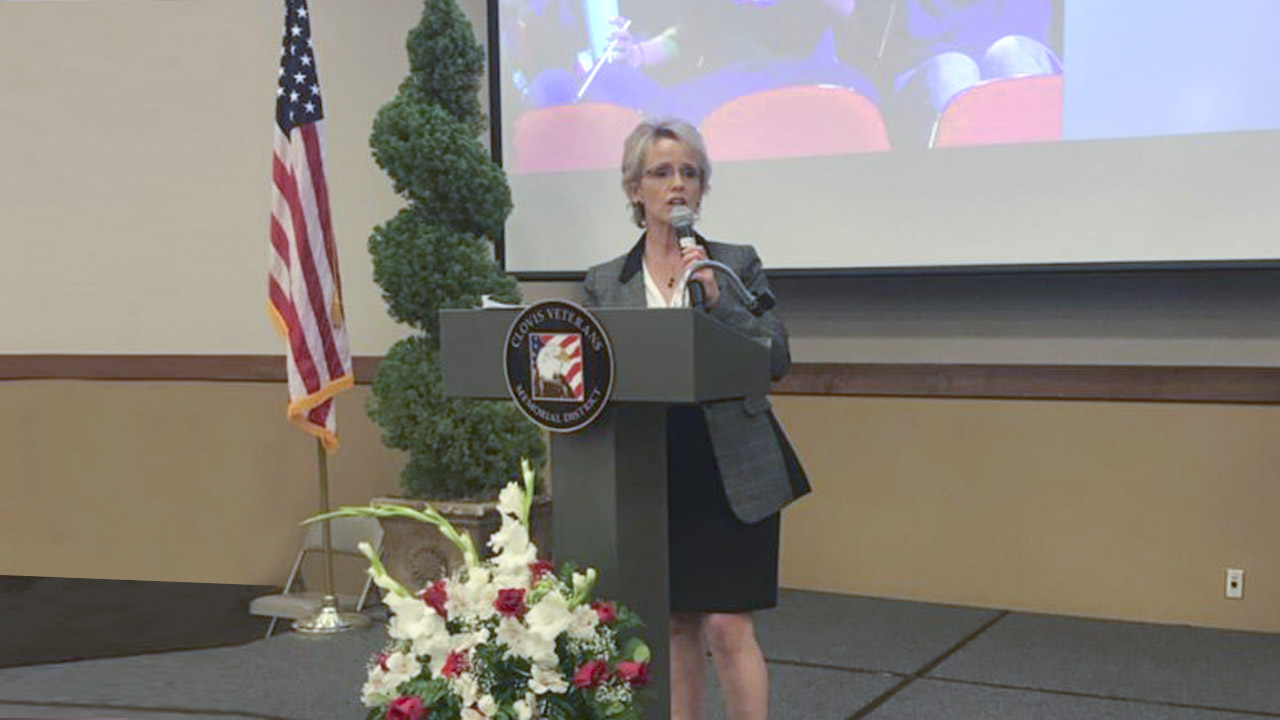 For the second consecutive year, Clovis Unified recorded the highest English Language Arts score of any large school district in California.
And the district again had the second-highest math scores of school districts in the state testing 20,000 or more students.
That’s saying a lot given that Clovis Unified receives the lowest amount of state funding compared to other unified school districts in Fresno County, Superintendent Eimear O’Farrell said Thursday morning during a breakfast event at the Clovis Veterans Memorial District. The main reason Clovis Unified receives less state funding per pupil is its student demographics.
California funds public education based on the percentage of students in a district classified as low income, foster youth, or English Learners.
Out of the district’s estimated 43,000 students, O’Farrell said 43 percent, or about 18,500, meet the state’s targeted criteria. However, to receive extra state funding, 55 percent of students in a district have to meet the criteria.
“Because we don’t achieve what the state says is the threshold, we don’t get millions and millions of dollars that other districts get,” O’Farrell said.
For example, Central Unified has about 12,000 students but more than 55 percent of them are low income, foster youth or English Learners. As a result, Central Unified qualifies for more funding despite having fewer students who meet the state’s criteria for extra funding than Clovis Unified does.
“We have 18,500 students who don’t get that money, but Central, which only has 12,000 students, gets the money,” O’Farrell said.
O’Farrell believes that is one major flaw in Gov. Jerry Brown’s Local Control Funding Formula that she hopes is fixed. In the meantime, O’Farrell said the district continues to strive for greatness despite having to do more with less. For example, last year, the district helped 350 English Learners qualify as fluent English speakers.
“However challenging, it is our ability to hold tight to our foundational rocks that guides us successfully not only to navigate the various challenges that come our way, but also to build upon our foundation and to ultimately grow and develop as a district,” O’Farrell said.
O’Farrell credits the success of the district to its dedicated teaching staff.
“A big reason why we can do more with less is because of the people we hire,” O’Farrell said. “We hire really great people, and they are extraordinarily invested in our kids.”

Other highlights from the superintendent’s “State of the District” address:
— Five of the district’s elementary schools were recognized by the California Department of Education as Civic Learning Award winners. — For the first time, the district’s preschool team taught more than 1,000 students.
— At Clovis Adult School, 98 percent of students enrolled in the school’s nursing program passed the state’s exam on the first try, the third highest of any program in California.
— For the fourth consecutive time, Gateway High School was designated as a model continuation school.
— Clark and Granite Ridge intermediate schools continued the district’s string of all intermediate schools designated as national schools to watch.
— Clovis East High School was recognized for having the best large agriculture department in the state by the California Agricultural Teachers’ Association.


“A big reason why we can do more with less is because of the people we hire. We hire really great people, and they are extraordinarily invested in our kids.” —  Eimear O’Farrell
— Clovis Unified’s Campus Catering serves close to 4.5 million meals, which is roughly the population of Ireland.
Related Topics:Clovis UnifiedClovis Veterans Memorial DistrictEimear O’FarrellSuperintendent's Breakfast
Up Next