For These Bulldog Students, a One Hour Shot at Hoops Glory 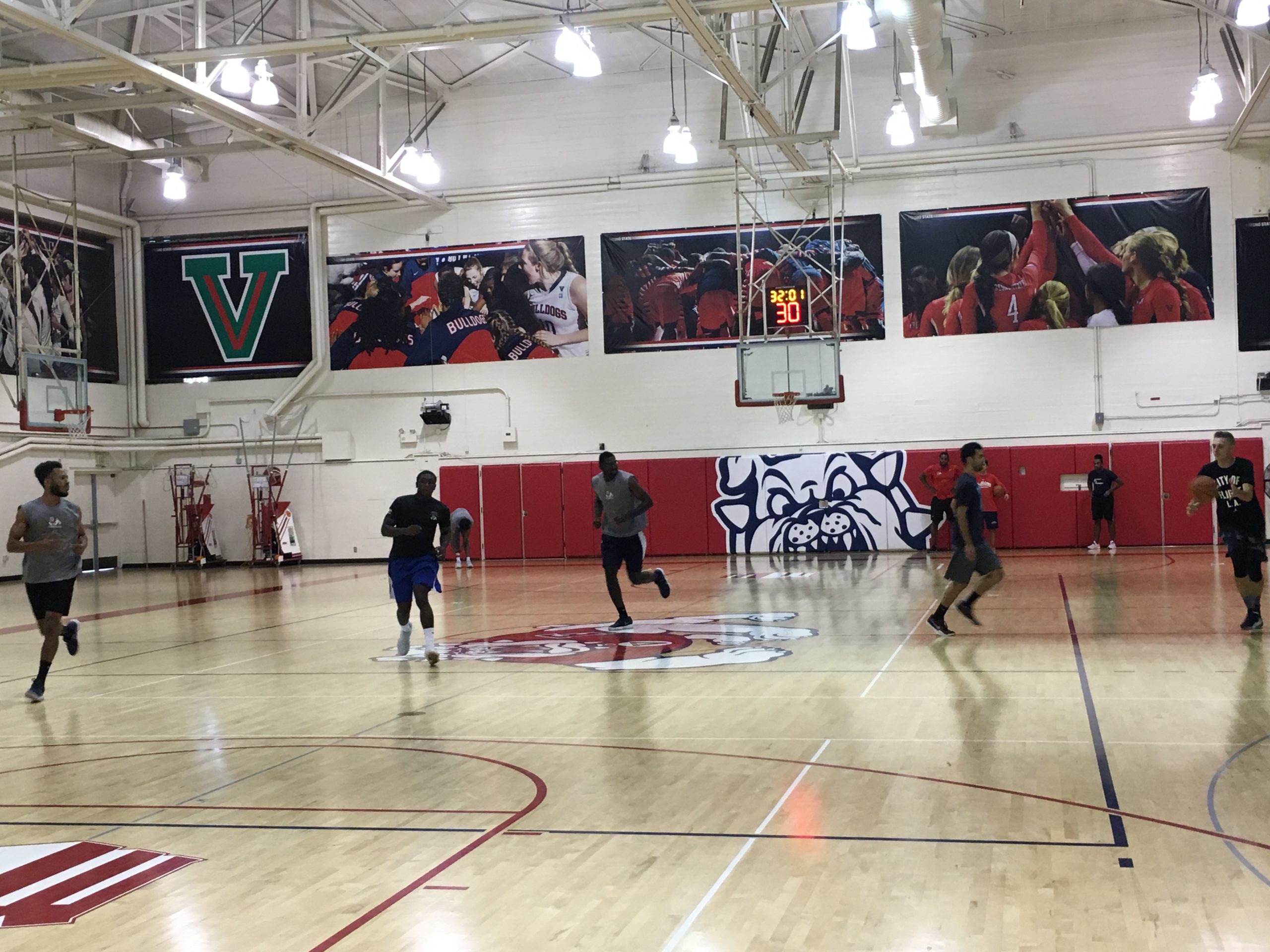 A player shooting at a corner bucket in the North Gym during Fresno State’s open tryouts for the men’s basketball team looked most impressive Friday (Sept. 21).
He stood 6 feet, 8 inches tall with broad shoulders and a sculpted physique.
Of course, that was Nate Grimes. He’s already on the team. He showed up to get in a workout.

For seven other Fresno State students, this might have been the closest they get to NCAA Division I basketball.
New coach Justin Hutson brought the tradition of open tryouts with him from San Diego State. No one around the gym could remember when the last time such an event took place.
Hutson offered any student one hour of glory — to try out in front of Bulldogs staff. Of course, Hutson wasn’t there himself. He delegated the supervision of the tryouts to director of player development Titus Shelton and special assistant Nate Leal.
They put the hopefuls a variety of drills: layups, shooting, cones, a game of four-on-four (a staffer joined in to fill out the team), rebounding, and finally a brief full-court scrimmage.
For the most part, the shots didn’t fall, the footwork wasn’t fleet, and the ball-handling was less than D-I worthy. Nonetheless, Shelton appeared optimistic.
“You want a walk-on who you don’t know who is a walk-on,” the former San Joaquin Memorial and Cal Poly player said after practice. He and Leal will review practice film and discuss the players with the rest of the coaching staff. 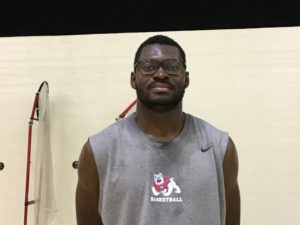 Yannick Koffi
Shelton declined to say who he liked in the practice, but he had to be impressed with the size of 6-8 Yannick Koffi.
I am more impressed by the fact that native of Orleans, France, came to Fresno State two years ago to study business without speaking a lick of English. He enrolled in an immersion program and picked it up in three months.
Speaking with him, I barely detected any accent. He followed a cousin to Fresno State and is studying entrepreneurship.
“My goal is to play basketball. I’ve been waiting two years,” said Koffi, who played organized basketball in his home country.

Richard Bates warmed up on the court, confusing some of the staff about why he was there. Maybe he was a straggler from an earlier pick-up game?
Wearing a basic jersey with the No. 8, Bates stood out from the rest of the Bulldog-wannabees, mainly because he is his 40s. Bates didn’t want to reveal his exact age, but he enrolled at Fresno State to take liberal arts classes.
In a soft-spoken manner, he said he moved from Chicago, where he attended DePaul. He kept it to himself whether he played ball there, or if he had any eligibility left.
Unfortunately for Bates and a few others, they didn’t have their proper medical paperwork so they had to watch from the sidelines.

A Win Either Way 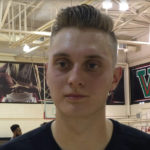 Justin Houts
Justin Houts, a 6-4 shooting guard out of Fresno Christian, felt his workout went well. Either way, he expects to be on the Bulldogs sideline this season.
That’s because the junior also serves as one of the team managers.
“This is my chance now. I’d rather have failure than regret,” the junior said after practice. “I’d figure I would work as hard as I could, come out, leave it all out on the court and see what happens.”
Grimes, watching from the corner of the gym, was unsure if any of the seven may become a teammate.
“If we find somebody … if you put in the hard work, you never know,” he said.
Besides, Grimes said he enjoyed what could become a new Hutson tradition.
“Coach Terry would not allow this!” referring to his old coach. 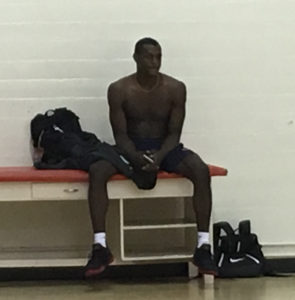