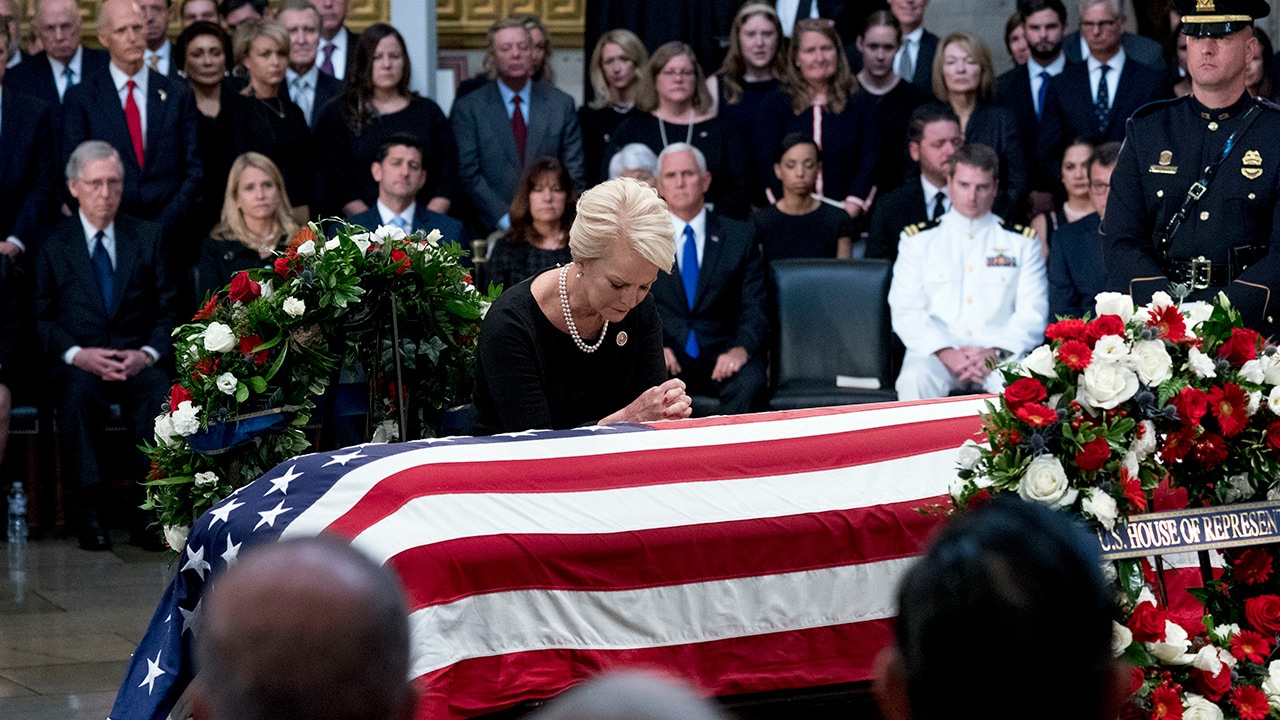 A Nation Pays Its Respects 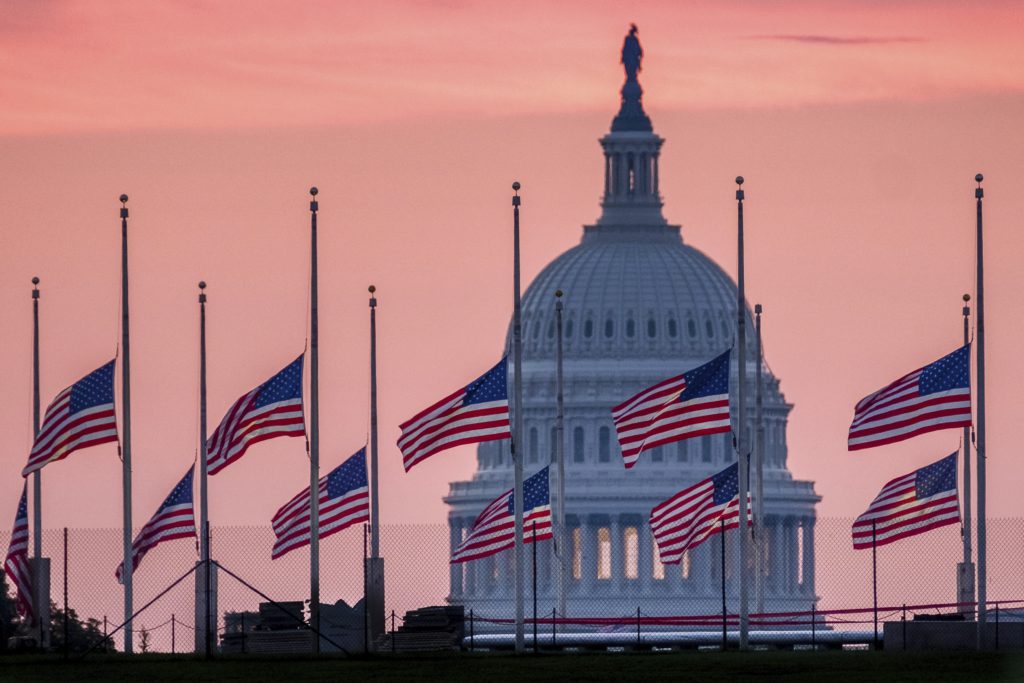 Flags flying a half-staff in honor of Sen. John McCain, R-Ariz., frame the U.S. Capital at daybreak in Washington, Sunday, Aug. 26, 2018. McCain, 81, died at his ranch in Arizona after a yearlong battle with brain cancer. (AP Photo/J. David Ake)

Cindy McCain Prays in the Rotunda 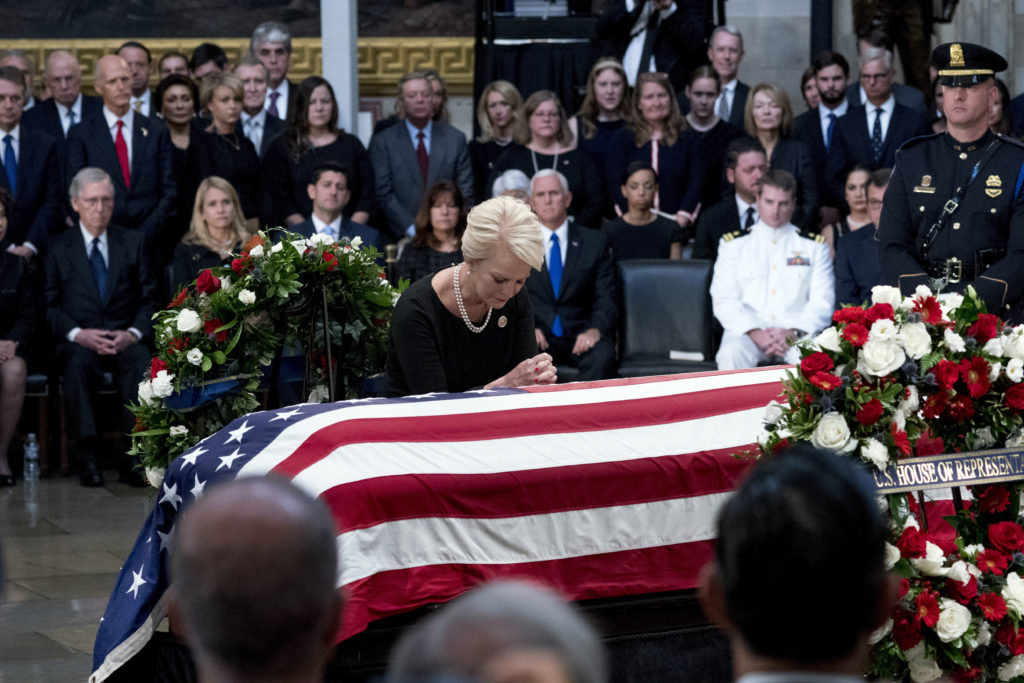 Cindy McCain, wife of, Sen. John McCain, R-Ariz., pauses at her husband’s casket as he lies in state in the Rotunda of the U.S. Capitol, Friday, Aug. 31, 2018, in Washington. (AP Photo/Andrew Harnik, Pool)

Public Visitation for The Queen of Soul 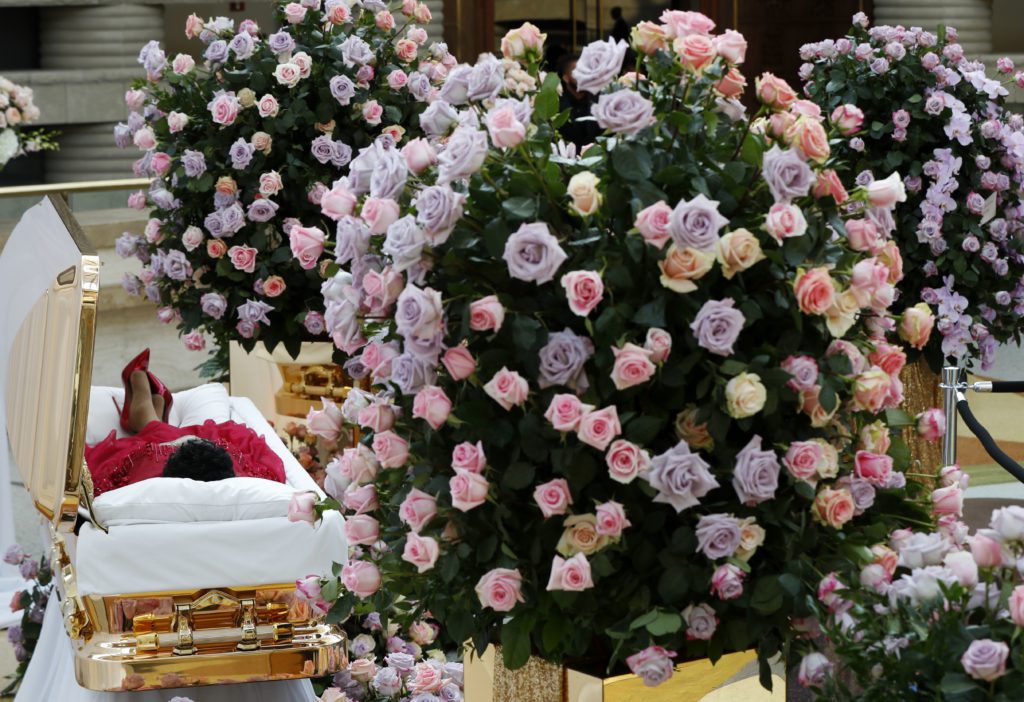 Aretha Franklin lies in her casket at Charles H. Wright Museum of African American History during a public visitation in Detroit, Tuesday, Aug. 28, 2018. Franklin died Aug. 16, 2018, of pancreatic cancer at the age of 76. (AP Photo/Paul Sancya) 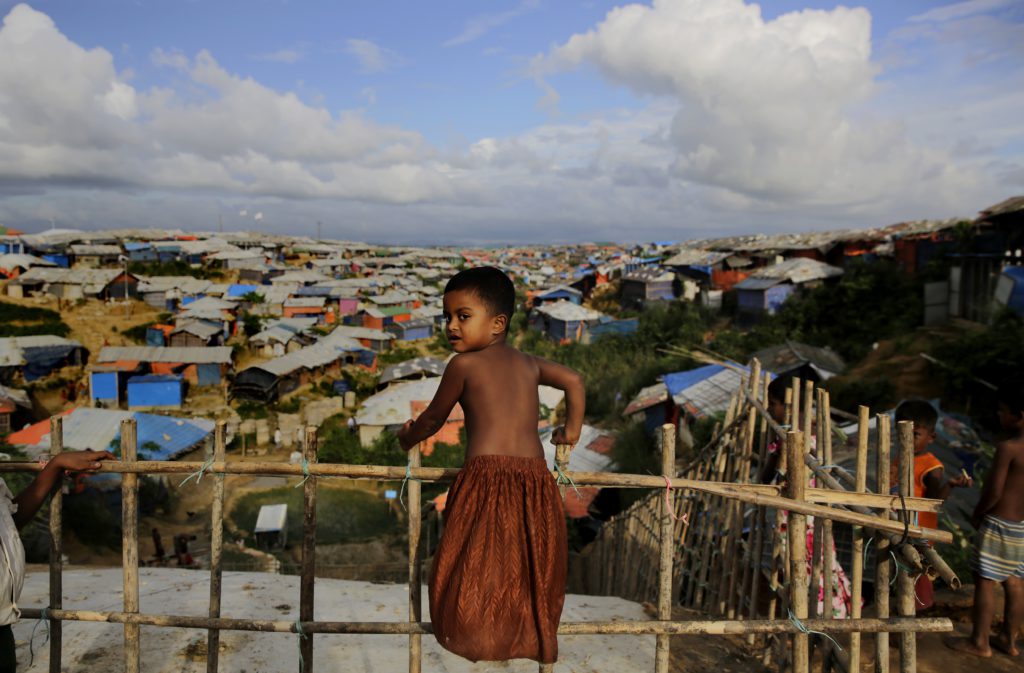 A Rohingya child stands on a bamboo fence overlooking an expanse of makeshift bamboo and tarp shelters at Kutupalong refugee camp, where they have been living amid uncertainty over their future after they fled Myanmar to escape violence a year ago, in Bangladesh, Sunday, Aug. 26, 2018. (AP Photo/Altaf Qadri)

Smiles and Hugs With Drake 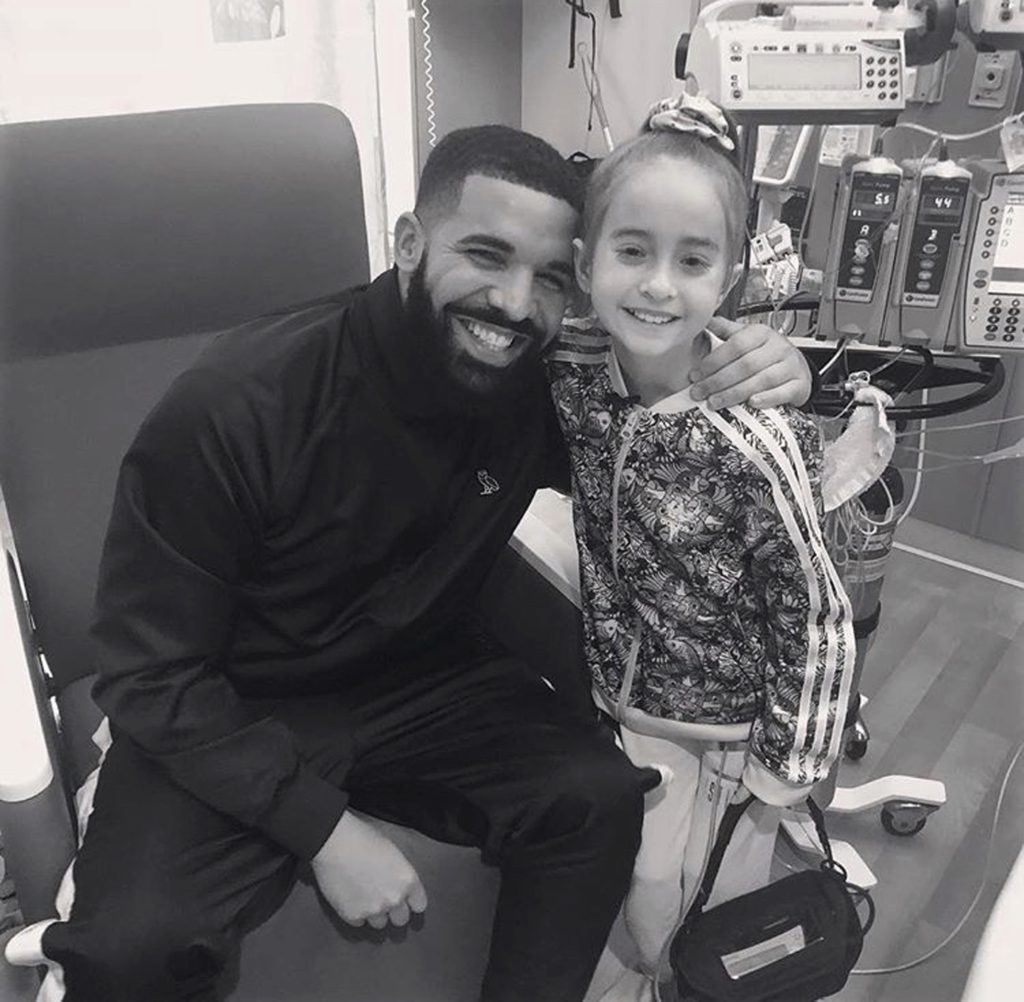 Monday, Aug, 20, 2018 photo provided by the rapper Drake shows him posing with Sofia Sanchez, at Lurie Children’s Hospital in Chicago. Drake surprised her after she recorded a video of herself dancing to the rapper’s “In My Feelings” and invited him to her birthday party. Sanchez is awaiting a heart transplant. (OVO/Drake via AP) 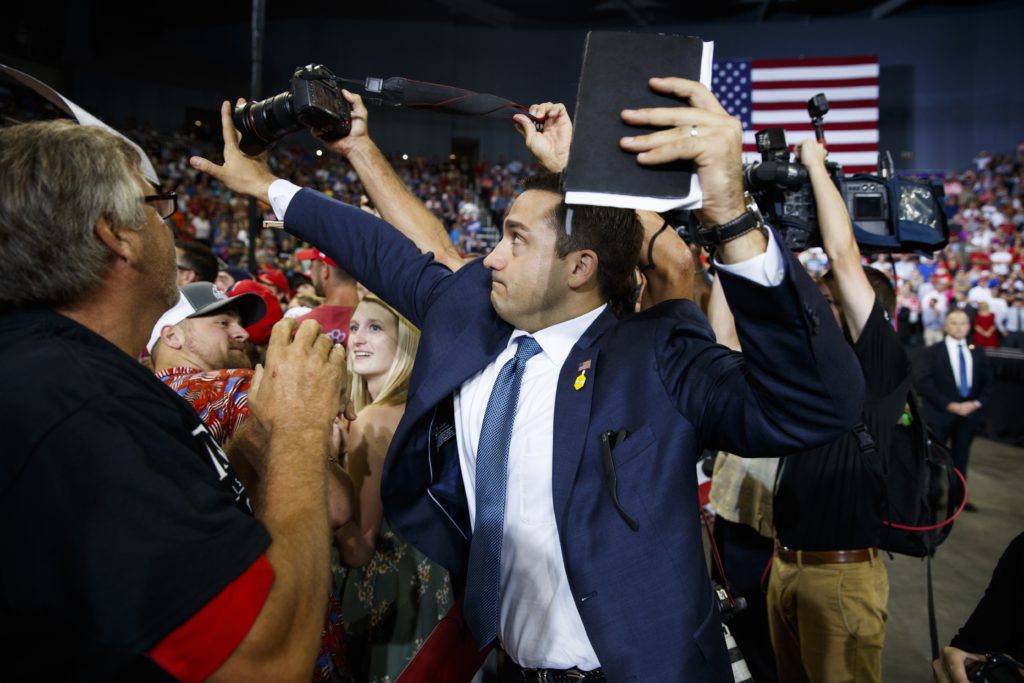 A volunteer member of the advance team for President Donald Trump blocks a camera as a photojournalist attempts to take a photo of a protester during a campaign rally at the Ford Center, Thursday, Aug. 30, 2018, in Evansville, Ind. (AP Photo/Evan Vucci) 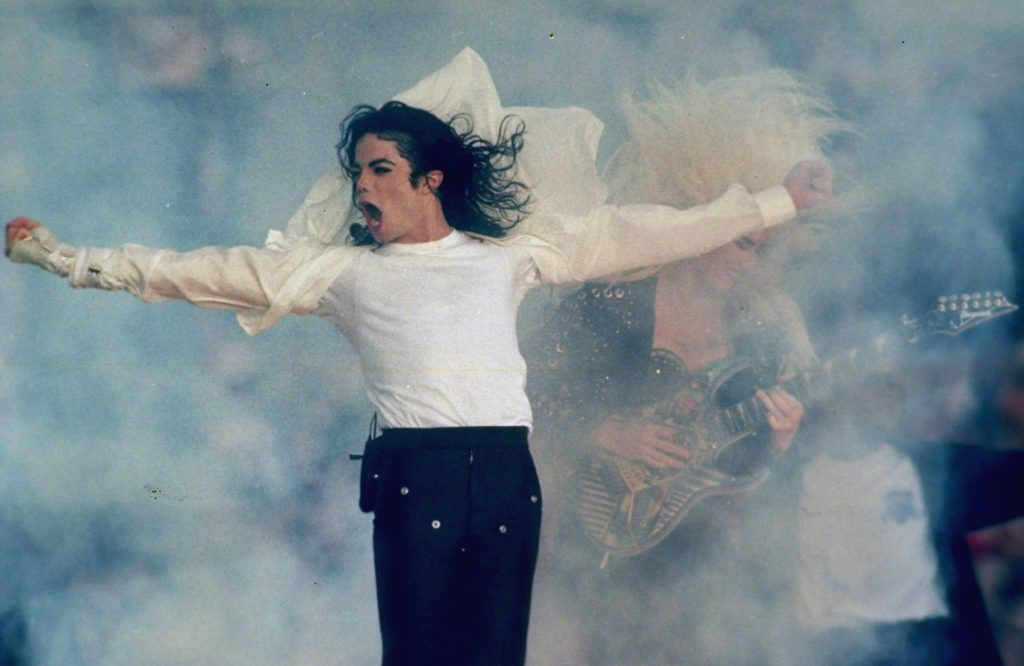 In this Jan. 31, 1993, file photo, Michael Jackson performs during the halftime show at the Super Bowl XXVII in Pasadena, Calif. Jackson’s estate and IMAX are partnering to digitally remaster “Michael Jackson’s Thriller 3D” into IMAX 3D. The partnership was announced Wednesday, Aug. 29, 2018, which would have been the singer’s 60th birthday. It will be released in IMAX theaters across the U.S. for one week beginning on Sept. 21. (AP Photo/Rusty Kennedy, File) 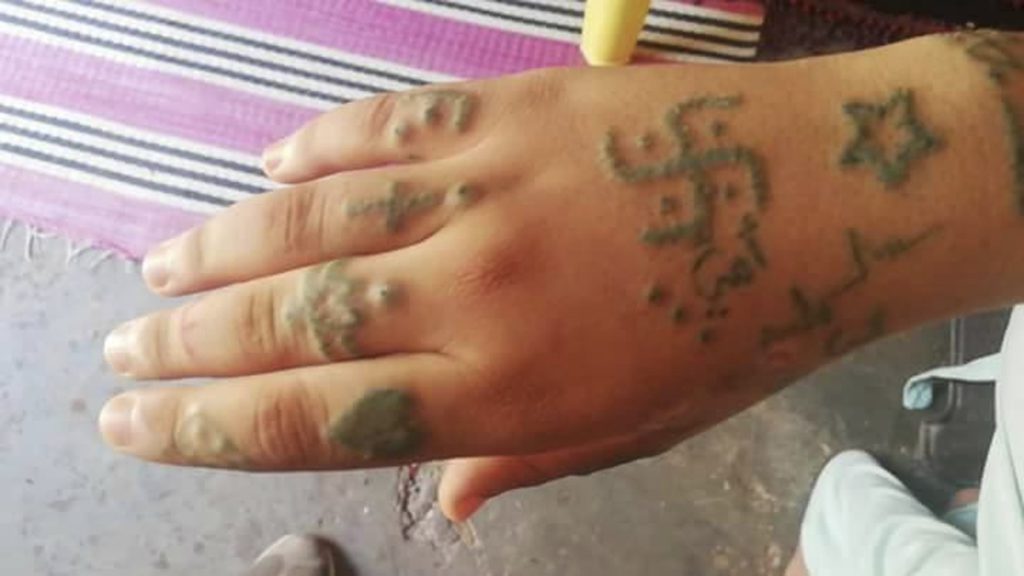 This undated photo provided by febrayer.com website appears to show tattoo marks on a 17-year-old Moroccan girl who told police she was gang-raped, forcibly tattooed and held against her will for two months, in Oulad Ayad, near Beni Melal, central Morocco. The girl’s lawyer says authorities have arrested 12 suspects in a case that’s sparking fresh public outcry over women’s rights and sexual abuse in the North African kingdom. The Moroccan government has so far declined to comment on the girl’s harrowing account. Local police confirmed to The Associated Press that there have been arrests in the case, but wouldn’t say how many or give details. (Febrayer.com via AP)

Highs and Lows for Mychal Kendricks 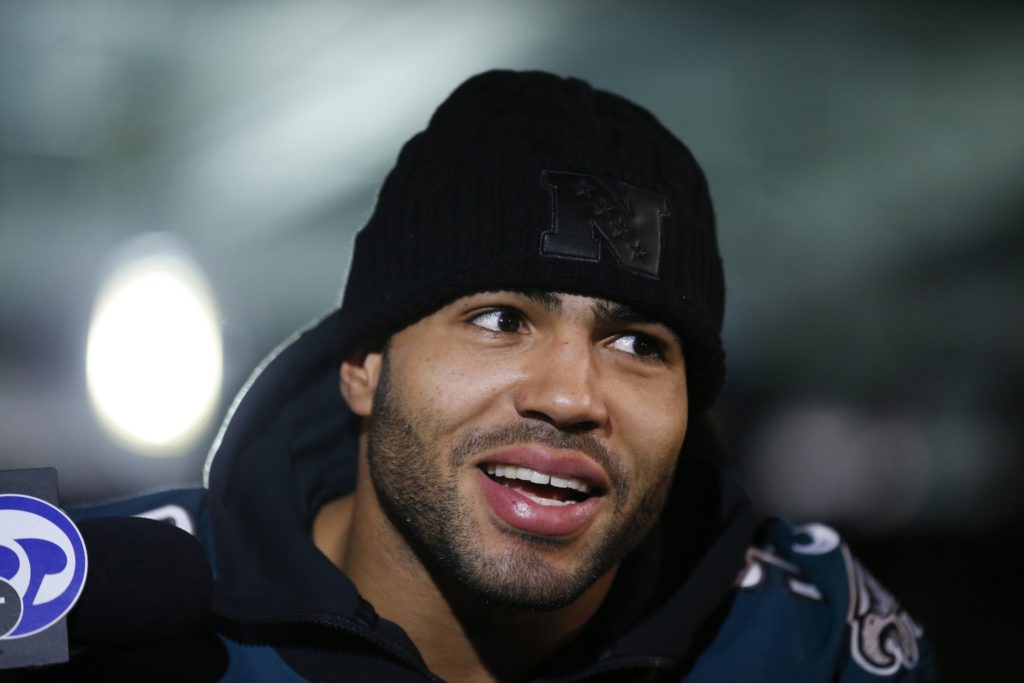 Then-Philadelphia linebacker Mychal Kendricks answers questions during a press conference at the Mall of America in Bloomington, Minn., Thursday, Feb. 1, 2018, three days the Eagles’ Super Bowl victory. The Cleveland Browns cut the Fresno native after federal prosecutors charged him with using insider trading tips from an acquaintance to make about $1.2 million in illegal profits on four major stock transactions.  Kendricks said in a statement released by his lawyer Wednesday, Aug. 29, 2018, that he was sorry and “deeply” regretted his actions. (Yong Kim/The Philadelphia Inquirer via AP)

Sweet Taste of Victory for DeChambeau 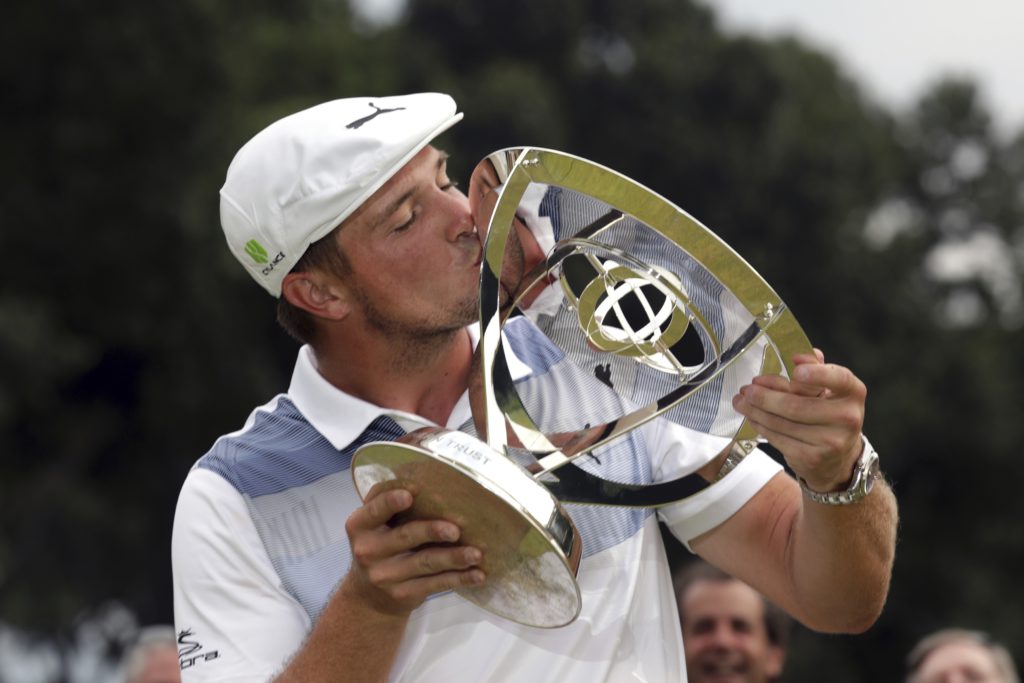