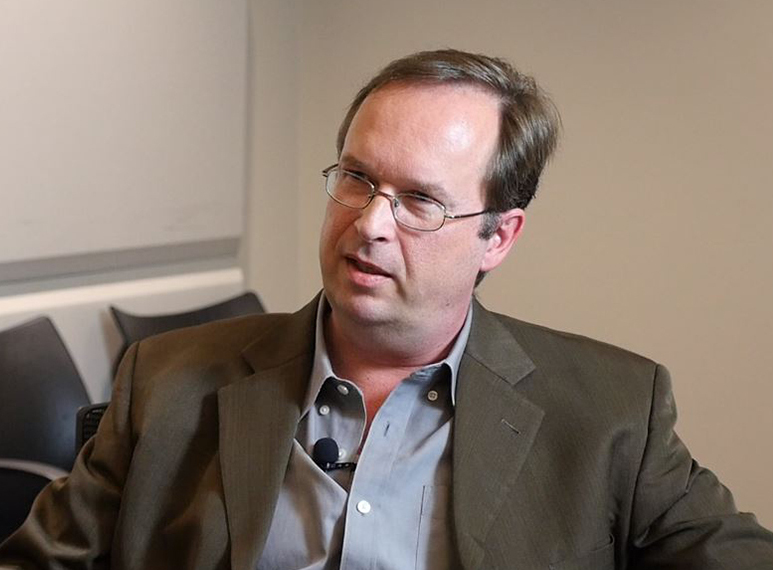 Lars Maischak, whose anti-Trump tweets created conflict and calls for his firing in 2017, says that he has signed a three-year contract with Fresno State.
He will continue to teach his history class, but online only.
After Breitbart in April 2017 exposed Maischak’s tweets that “Trump Must Hang,” the school placed the history instructor on paid leave. He said federal investigators cleared him. He told GV Wire at the time that his tweet “was a dark prediction of what could happen if this country continued to go down its current path.”

Fresno State allowed Maischak to return for the 2017-18 school year teaching online classes.
Maischak would rather teach students face-to-face in a classroom setting.
“I look forward to returning to the classroom, and to engage in a vigorous debate with anyone who thinks they disagree with me,” Maischak said.
He also said that he is working on a book titled “Fascism in America.”

“Official plan line” is an example of bureaucratic jargon that masks the fact that city council decisions impact residents.
For example, the thought of realigning Temperance Avenue between Clinton Avenue and Highway 180 riled up residents at a community meeting in June.
Known as OPL in City Hall lingo, the concept is to widen Temperance to six lanes with traffic lights for better traffic flow. Many residents at that June meeting gave Fresno City Councilman Paul Caprioglio an earful — worried the city would use eminent domain to take their property. They also said that more traffic will harm their rural way of life.
The city says the project, part of the 2035 General Plan, would not cause the city to annex property that is in unincorporated Fresno County.
Council will vote on the OPL at Thursday’s meeting.

Fresno and its firefighters’ union found labor peace with a new contract. The city council will discuss the item Thursday.
Firefighters will receive a 3% wage hike and an increase in the uniform allowance (to $1,200 annually) in the new deal. The IAFF union members ratified the deal last month. The new two-year contract extends until August 2020.

The city of Fresno promoted two longtime city employees to upper management positions.
Jim Schaad is moving from director of transportation to assistant city manager.
Gregory Barfield will assume Schaad’s former duties as interim transportation director. Prior to the bump, Barfield served as Schaad’s deputy.
Both men are City Hall veterans, each with decades of service.

Labor Day is more than just a chance to enjoy one more day of summer. It is actually to celebrate the work of labor unions.
Many of the area’s unions will celebrate the holiday with their annual breakfast at the Fresno Fairgrounds. The event draws many local politicians, especially during an election year.
In a news release, the region’s Central Labor Council said, “The program will draw attention to public sector workers from law enforcement to healthcare providers who face ongoing attacks from Congress and the White House, despite saving taxpayers millions of dollars each year.”