Gift From the Heart Helps Fresno State Students with MS 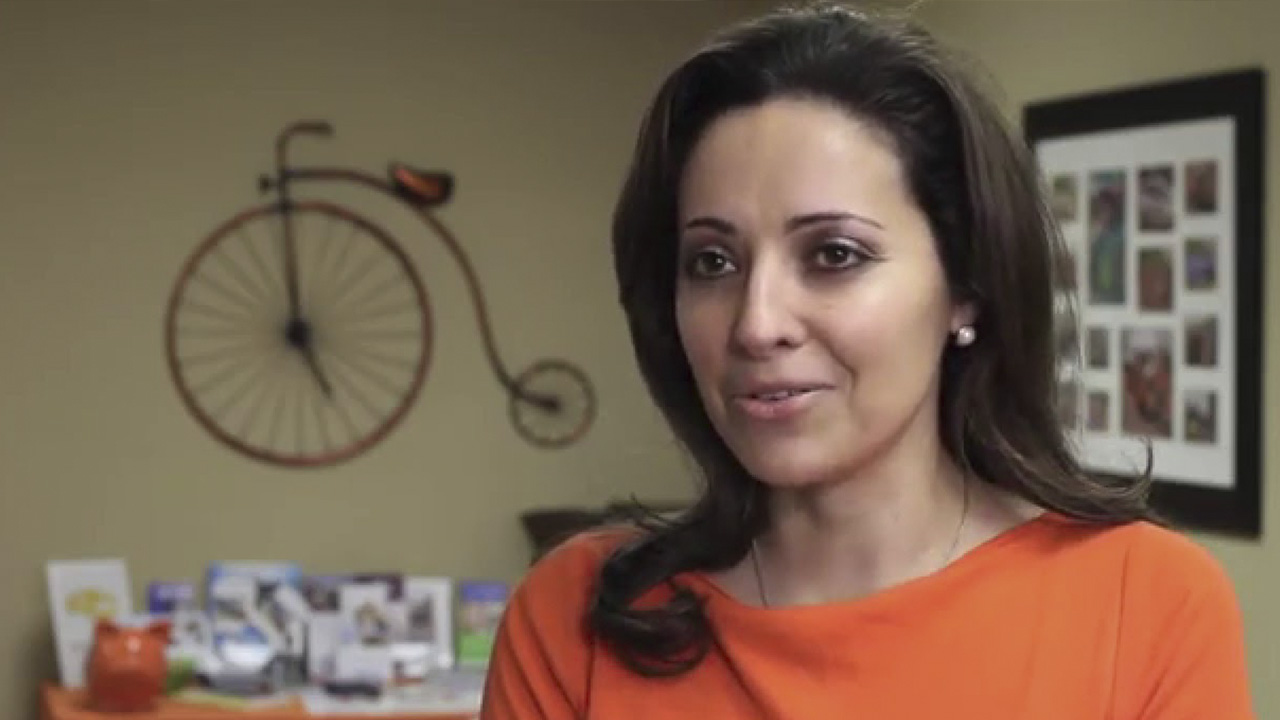 When Fotini Alfieris was in her senior year at Fresno Pacific University, she had to drop out.


“Although it is tough, especially when you are trying to figure out the disease, there is life after diagnosis.” — Fotini Alfieris, director of donor relations at Fresno State
She was diagnosed with multiple sclerosis  — a disease of the central nervous system affecting the flow of information from the brain to the body.
At the time, Alfieris said lost her vision in both eyes and she had trouble walking.
Medicine has helped slow the disease’s progression and has enabled her to live the life she always wanted.
She holds a bachelor’s and a master’s degree from Fresno Pacific, is employed as the director of donor relations at Fresno State, and is expecting her first child any minute.
In addition, the former television news producer and her husband, Steve, are helping Fresno State students and their families fight MS.
Last year, they established a $30,000 endowment to fund scholarships for students with MS or who have a parent with the disease.
MS affects more than 2.3 million people worldwide. Because the Centers for Disease Control and Prevention (CDC) does not require U.S. physicians to report new cases, and because the symptoms can vary in severity and duration, the prevalence of MS in the U.S. can only be estimated.

There Is Life After Being Diagnosed

Even though her journey has not been an easy one, Alfieris encourages anyone living with MS to fight on.


“I was diagnosed in 2007 with multiple sclerosis when I was in my senior year of college so I know what it is like to be a student with a chronic disease.” — Fotini Alfieris
“Although it is tough, especially when you are trying to figure out the disease, there is life after diagnosis,” Alfieris said. “There is a little bit of a challenge, but you can continue to pursue your dreams.”

Scholarships Will Be Awarded This School Year

Alfieris said that scholarships will be awarded to students for the first time this school year.
She said her goal is to continue gathering donations: “We want it to grow and kind of live on until MS doesn’t exist anymore.”
Before she became director of donor relations at Fresno State, Alfieris raised money for MS for eight and a half years as an executive with the National Multiple Sclerosis Society.

Alfieris and her husband are among the nearly 10,000 people who contributed more than $22.4 million to Fresno State during the 2017-2018 academic year — $18.3 million for academics and $4.1 million for athletics.
That’s a 22 percent increase in overall giving from the previous year.
“We are grateful to our many generous alumni, friends, foundations, and corporations who have helped to make this an extraordinarily successful fundraising year for Fresno State,” said President Joseph I. Castro. “I am particularly pleased with the significant increase in the number of gifts from alumni and friends, a testament to the importance they see in supporting the success of our talented students.”