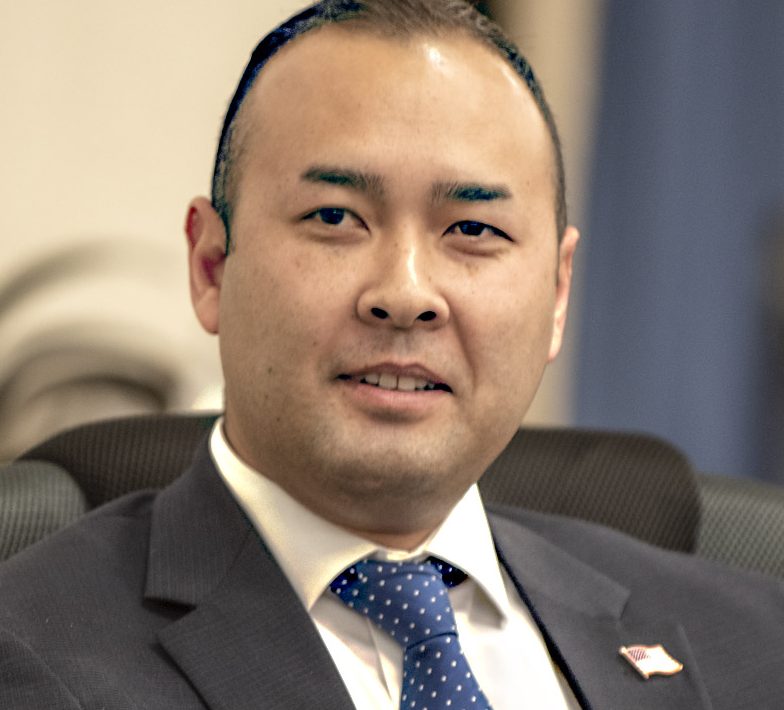 A poll by a San Francisco consulting firm suggests that Fresno County prosecutor Andrew Janz is gaining ground in his challenge of eight-term Republican Devin Nunes of Tulare.
“The poll found a surprisingly competitive contest between Nunes and Janz, with voters sharply divided in their opinions of Congressman Nunes and the race becoming dead even after voters hear more information about both candidates,” a poll summary stated.

Tulchin Research conducted what it described as a scientific survey of 400 likely voters in California’s 22nd District from July 22-25. The poll’s margin of error is plus-minus 4.9 percentage points. Tulchin said that interviews were conducted in English and Spanish.
Findings from an initial round of questions indicated the Nunes, a staunch ally of President Donald Trump, would beat Janz by a 48 percent to 43 percent margin in the Nov. 6 election.
But after more questions, which Tulchin said included “both positive and negative information about both candidates,” Janz drew into a dead heat with Nunes at 47 percent each.
“The polling is a direct result of the dedicated volunteers and grassroots supporters we have here on the ground, making this a real fight in CA-22,” Janz said in a statement. “But at the end of the day, the only poll that truly matters is the final vote count on November 6th.”
Polls that provide additional information about candidates are often called “push polls.” Without knowing the specific information provided, it’s impossible to know if the poll was designed to “push” respondents toward Janz.
Nunes won the June 5 primary with 57.6% of the vote and Janz finished second with 31.7 percent. Two other Democrats in the race attracted a combined 8.5 percent.
In the latest campaign filings covering the period through June 30, Janz raised $2.8 million That is seven times more than any Nunes opponent has ever raised.
Nunes has attracted $7.4 million in campaign donations.

Tulchin specializes in research for Democratic candidates and progressive issues. For example, it worked with Sen. Bernie Sanders’ unsuccessful effort to win the Democratic presidential nomination in 2016. Among its clients is the Service Employees International Union.
A Janz campaign spokeswoman said the campaign did not commission the poll. GV Wire asked Tulchin Research who paid for the poll but did not receive a response before publication of this story.
You can read Tulchin’s report below.
[tnc-pdf-viewer-iframe file=”https://gvwire.s3.us-west-1.amazonaws.com/wp-content/uploads/2018/08/09025808/District-22-Poll-Results.pdf” width=”800″ height=”800″ download=”true” print=”true” fullscreen=”true” share=”true” zoom=”true” open=”true” pagenav=”true” logo=”true” find=”true” current_view=”true” rotate=”true” handtool=”true” doc_prop=”true” toggle_menu=”true” language=”en-US” page=”” default_zoom=”auto” pagemode=””]