The Tulare County Sheriff’s Office has closed its investigation regarding a dispute that took place Aug. 2 over an Andrew Janz campaign ad video shoot.

Staff for Democrat Janz issued a news release and a video Tuesday allegedly showing a family member of Rep. Devin Nunes (R-Tulare) harassing them while they were attempting to shoot the campaign ad on a family farm in Tulare.

The shoot focused on water and agriculture issues.

Although Devin Nunes has at least one relative named Gerald Nunes, it is unknown if they are related. Neither the Nunes’ campaign nor Gerald Nunes responded to GV Wire’s requests for comment.

The Janz campaign provided GV Wire with a copy of its agreement with the landowner to shoot the commercial there.

According to the deputy’s report, Bob Goings owns the land but leases part of it to Gerald Nunes.

You can read the report below. 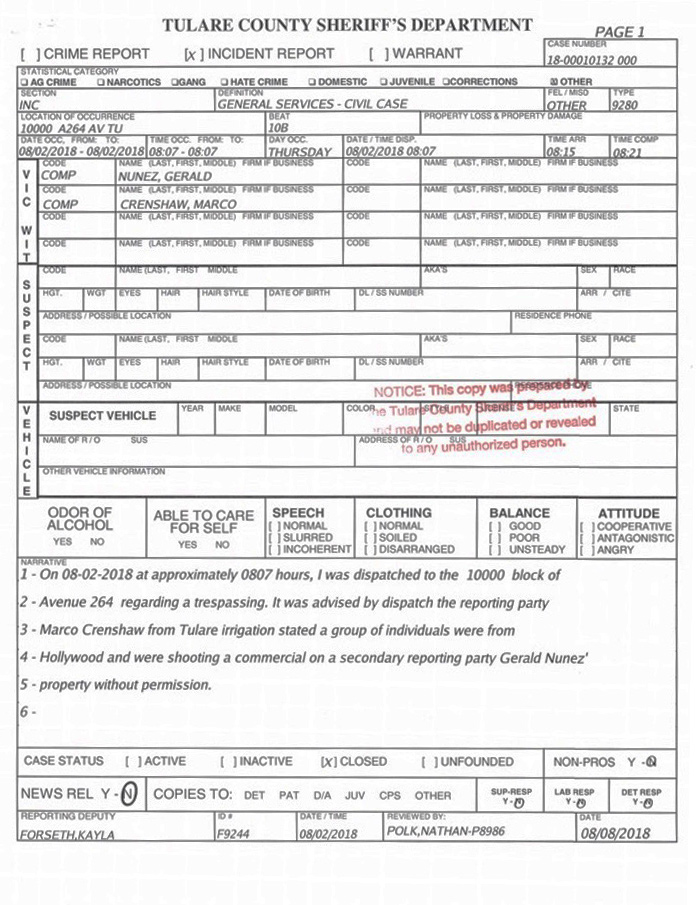 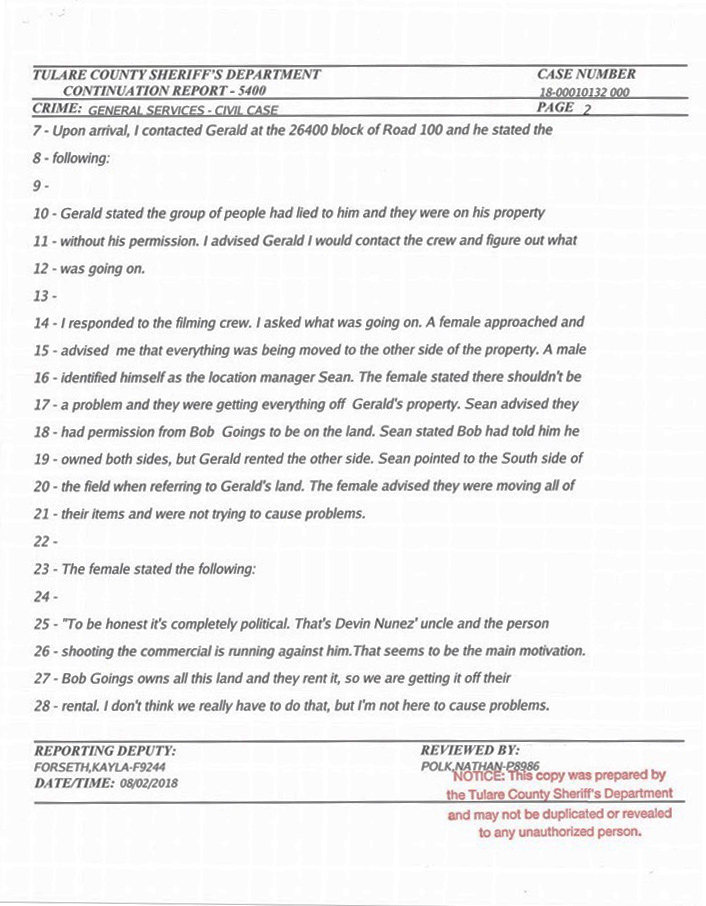 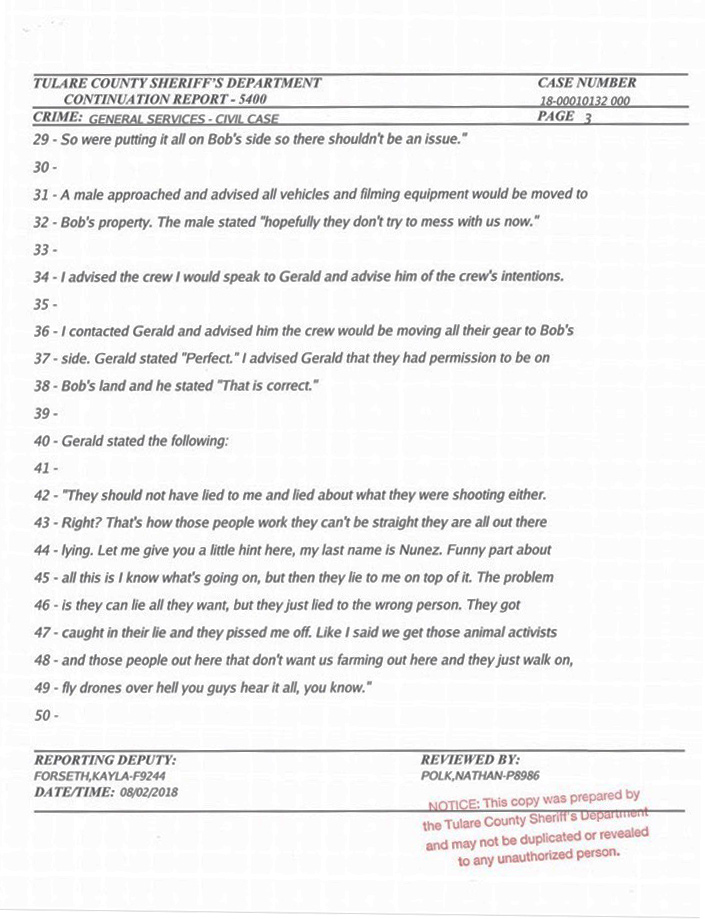 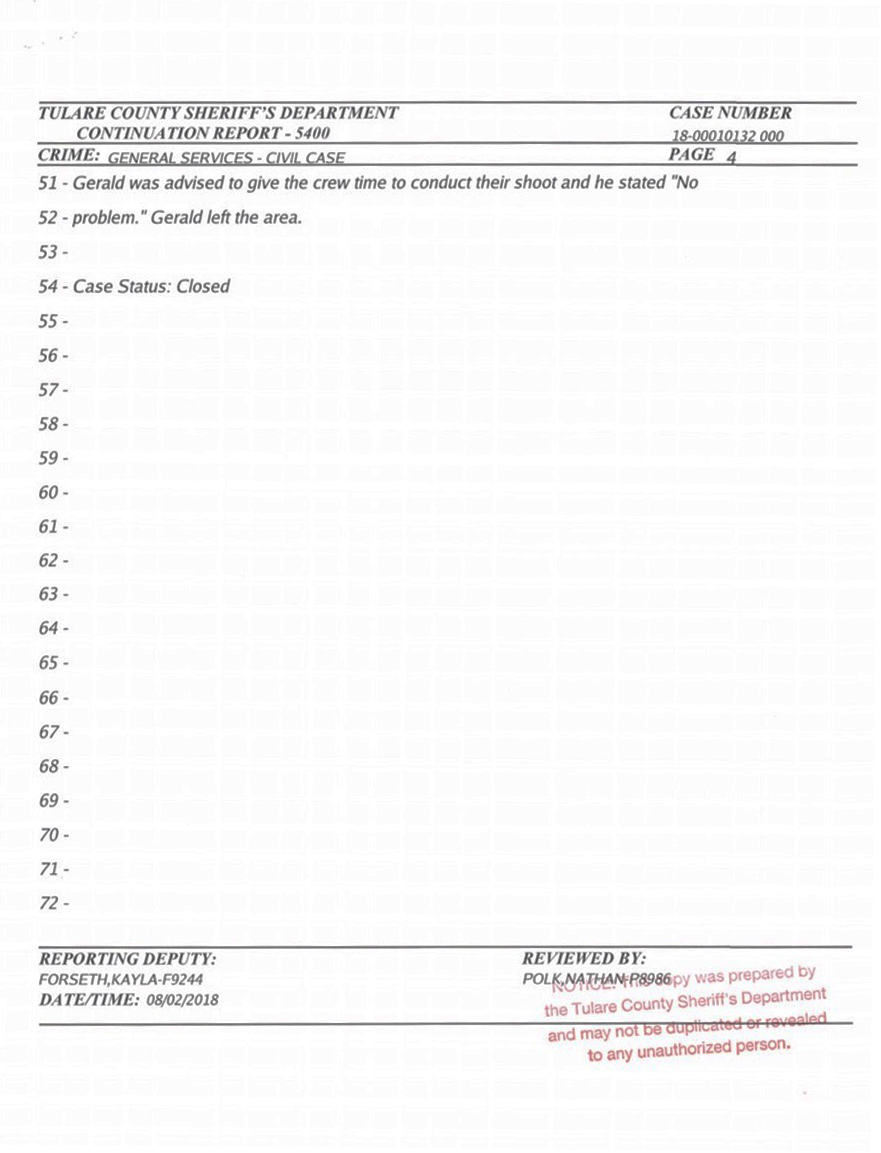