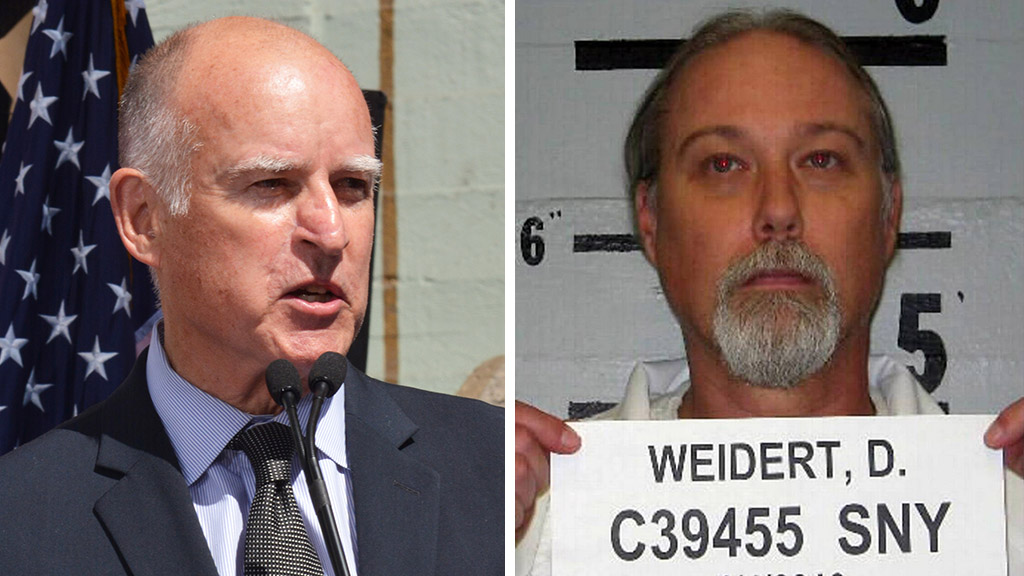 SACRAMENTO — Gov. Jerry Brown has again blocked parole for the killer of a developmentally disabled Fresno man who was buried alive.
Brown said Friday that 55-year-old David Weidert remains too dangerous to be released. He overruled the recommendation by a state parole panel for the second time in three years.
Weidert, who was 17 at the time, was sentenced to life in prison for killing 20-year-old Fresno-area resident Michael Morganti in 1980 to cover up a $500 burglary Weidert had committed.
Brown says he remains troubled by Weidert’s “truly heinous crime” and his inadequate explanation for causing “extraordinary suffering.”
Weidert and a 16-year-old accomplice forced Morganti to dig his own grave, beat him, stabbed him and choked him with a telephone wire. But he eventually suffocated after being buried alive.
Morganti’s murder was all the more tragic because Weidert was a minor when he committed the burglary and was unlikely to spend time in jail.

Fresno County District Attorney Lisa A. Smittcamp is among those who opposed Weidert’s parole. Her is what she wrote to Gov. Brown in 2015 after the parole board recommended his release for the first time:
“This inmate, who had no substance abuse issues, who had no issues of mental impairment, who had a job, a truck, an apartment, who had friends, who had a family, who did not kill out of jealousy or true emotional disability … but who killed purely to permanently silence a witness to a simple burglary, should not be entitled to parole consideration using the passage of time as a major factor to his benefit.”
Wrote Fresno County Sheriff Margaret Mims in 2015:
“Governor, I cannot imagine how someone so barbaric can be paroled. … Inmate Weidert has proven that he does not value human life and, as such, he should remain incarcerated for life.”