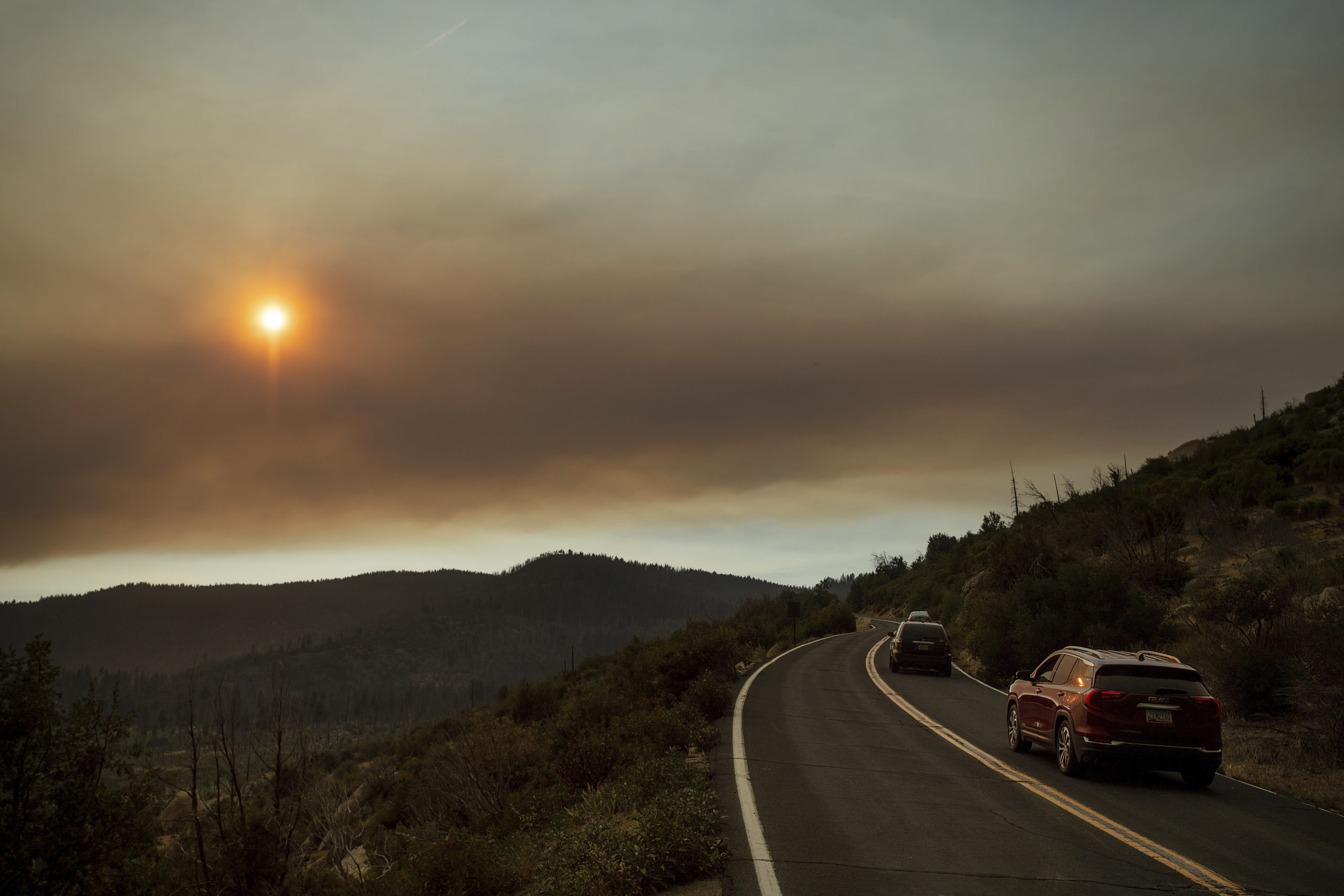 National Park officials are extending the closure of the scenic Yosemite Valley and other areas due to heavy smoke from the massive Ferguson Fire.
The Yosemite Valley, the Mariposa Grove of giant sequoias and other park areas closed July 25 and were tentatively scheduled to reopen at 4 p.m. Friday. The closure was also put in place to allow crews to perform protective measures such as burning away brush on roadways.
Park spokesman Scott Gediman said Tuesday the closure will be extended “at least through Sunday due to continuing poor air quality.”The closures have been a huge blow to the park during the peak summer season and to thousands of tourists, who book months in advance at the park’s campsites and hotels.
Gediman said it was the longest closure at Yosemite since 1997 when floods closed the park for over two months.

Officials overseeing the effort to control the wildfire said Tuesday afternoon that it had grown to 57,041 acres and was 33% contained.
The fire has caused the death of two firefighters: bulldozer operator Braden Varney and hotshot crew captain Brian Hughes.
Information on Yosemite National Park is available at nps.gov/yose or 209 372-0200.

Two summer camps near Yosemite National Park were evacuated Tuesday due to smoky weather conditions from the Ferguson Fire.
The San Francisco Recreation and Parks Department said Tuesday it has temporarily closed Camp Mather, a campground for families near the park, due to poor air quality. The camp is scheduled to reopen Sunday if conditions improve.
San Francisco parks spokeswoman Sarah Madland said about 450 visitors to Camp Mather and 70 staff were affected, including 350 visitors asked to leave Tuesday and 100 who had canceled last week due to the air quality.
Camp Tawonga, a sleep-away camp for children west of Yosemite, decided to evacuate 300 campers and 200 staff Tuesday and also hopes to resume camp Sunday.

How Do 3D Printers Work? Here's the Answer.