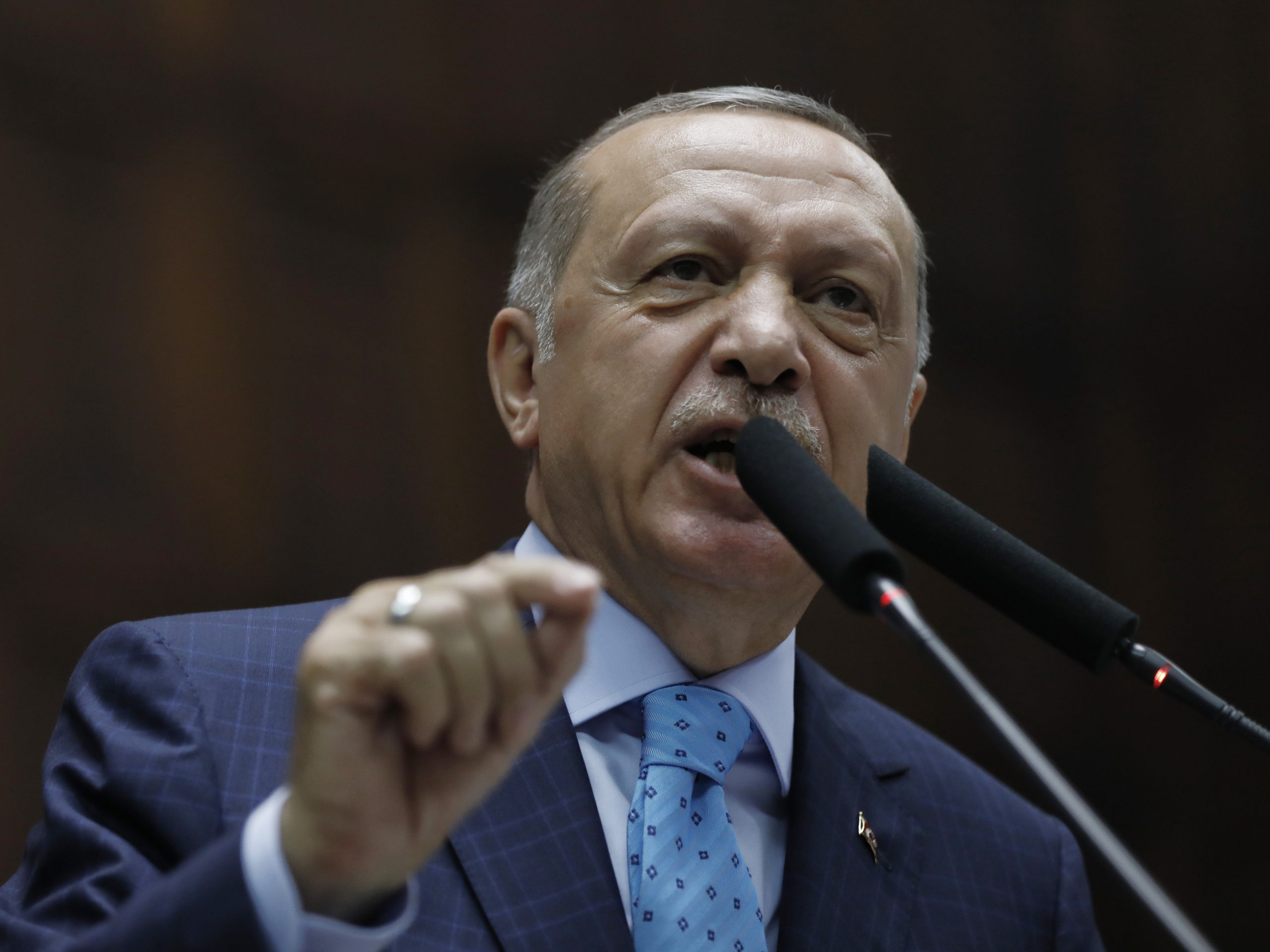 ISTANBUL — Turkey’s president has slammed Israel for a controversial law passed last week in parliament defining Israel as a nation-state of the Jewish people.
Addressing lawmakers in Ankara Tuesday, President Recep Tayyip Erdogan called Israel “the world’s most Zionist, fascist, racist state.”
He said “the soul of Hitler has risen again within some of Israel’s officials,” and that “there’s no difference between Hitler’s obsession with a pure race and the understanding that these ancient lands are just for the Jews.”
Israeli Prime Minister Benjamin Netanyahu tweeted in response that Turkey has become a “dark dictatorship” under Erdogan.

Turkey, under Erdogan’s rule, is becoming a dark dictatorship whereas Israel scrupulously maintains equal rights for all its citizens, both before and after introducing this law.

Erdogan warned the move would lead the region and the world to “blood, fire, and pain” and promised to stand with Palestinians.
He also called on the international community to stand against Israel.