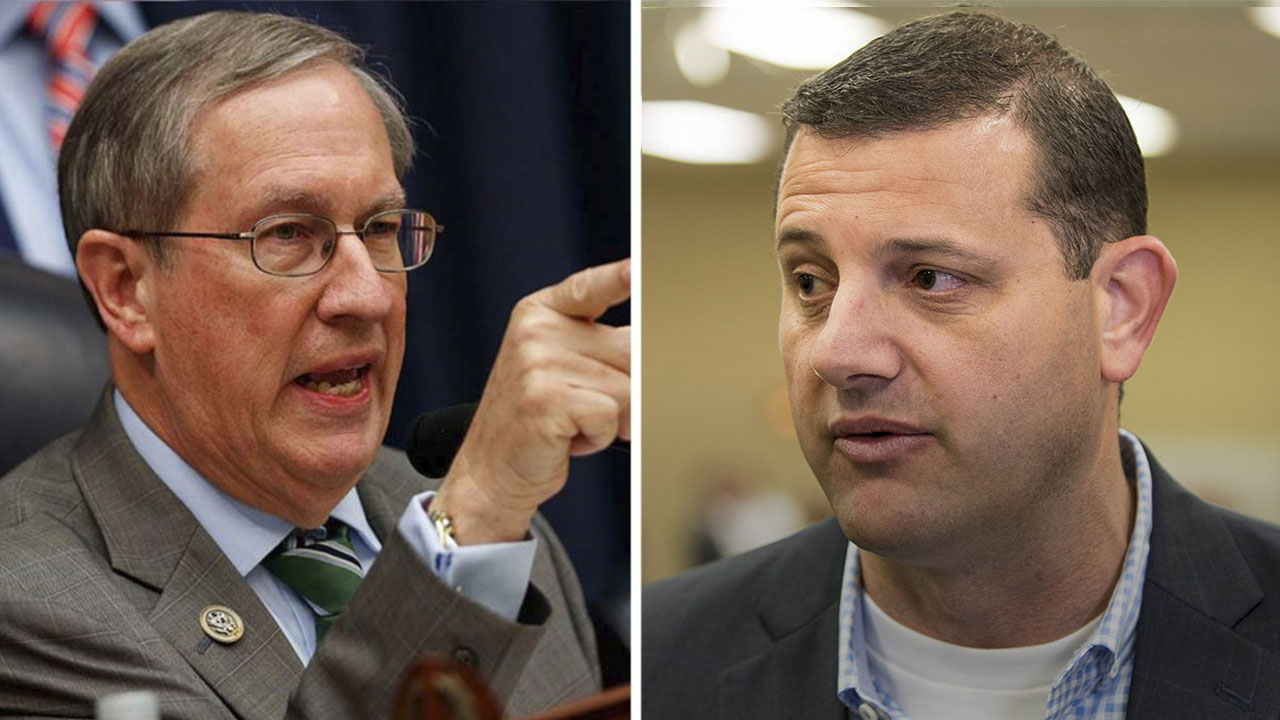 WASHINGTON (AP) — “Bizarre.” ”Shameful.” ”Disgraceful.”
That’s the swift and sweeping condemnation directed at President Donald Trump on Monday after he sided with Russian President Vladimir Putin during a stunning appearance in Helsinki — and that’s just from the Republicans.
Lawmakers in both major parties and former intelligence officials appeared shocked, dismayed and uneasy with Trump’s suggestion that he believes Putin’s denial of interfering in the 2016 elections. It was a remarkable break with U.S. intelligence officials and the Justice Department. And just as alarming for some, Trump also put the two countries on the same footing when casting blame for their strained relations.

Sen. John McCain, R-Ariz., called it “one of the most disgraceful performances by an American president in memory.”
Sen. Ben Sasse, R-Neb., called it “bizarre.” Sen. Jeff Flake, R-Ariz., called it “shameful.” And Sen. Lindsey Graham, R-S.C., tweeted that it was a “bad day for the US.”
“This was a very good day for President Putin,” said Sen. Bob Corker, R-Tenn., the chairman of the Foreign Relations Committee. He said Trump’s refusal to condemn Russian interference in the 2016 election makes the U.S. “look like a pushover.”

“Failure to acknowledge Russian interference in our election undermines the unanimous assessments of the U.S. intelligence community as well as the bipartisan findings of the House and Senate Intelligence Committees,” said Valley Rep. David Valadao, R-Hanford, in a statement. “Russia must be held accountable for their actions.”
Rep. Will Hurd, R-Texas, said he’s seen Russian intelligence manipulate many people in his earlier career as a CIA officer. But, he tweeted, “I never would have thought that the US President would become one of the ones getting played by old KGB hands.”
House Speaker Paul Ryan weighed in to say there’s “no question” that Russia interfered in the 2016 presidential election and “no moral equivalence” between the U.S. and Russia.
“The president must appreciate that Russia is not our ally,” Ryan, R-Wis., said in a statement. Russia, he said, “remains hostile to our most basic values and ideals.”
Much of the Republican rebuke came from lawmakers who have been willing to openly criticize the president, a group that remains a minority in the GOP.

Many Republicans Stay on Sidelines

Many top Republicans remained on the sidelines after the Justice Department on Friday indicted 12 Russian intelligence officials for election-related hacking.
But several Republicans who don’t typically buck the president raised concerns, shocked by Monday’s performance.
Trump ally Newt Gingrich called it “the most serious mistake” of Trump’s presidency — and one that “must be corrected immediately.”
Democrats pleaded with their GOP colleagues who have majority control of Congress to rein in the president and become a stronger legislative check on the executive branch.
Sen. Chuck Schumer, D-N.Y., the minority leader, says never in the history of the country has an American president supported an adversary the way Trump sided with Putin. He challenged Republicans to move beyond words and confront the president directly by increasing sanctions on Russia and requesting testimony about the summit from Trump administration officials, among other things.
“We need our Republican colleagues to stand up for the good of this country,” he said.

Pelosi: Russians “Have Something” on President

And House Minority Leader Nancy Pelosi, D-Calif., said Trump’s weakness in front of Putin wasn’t just “embarrassing” but also “proves that the Russians have something on the President, personally, financially or politically.”
Republicans have been hesitant to fully confront a president who remains popular among GOP voters back home. But Trump’s hold on the GOP is being put to the test by his willingness to align with Putin, a leader whom Republicans routinely describe as an enemy of the United States.
Senate Majority Leader Mitch McConnell, R-Ky., repeated his earlier assessment that the Russians are “not our friends.” He said he has “complete confidence in our intelligence community and the findings.”
The second-ranking Republican, Sen. John Cornyn of Texas, said Trump has a “delicate task” in dealing with Putin, but added that he supports the intelligence community’s assessment of election meddling.

Trump: “We’re All to Blame”

Monday’s firestorm erupted when Trump, standing side by side with Putin in Helsinki, refused to say he believed that Russia interfered in the 2016 election, or to publicly condemn it. Instead, he directed his ire at Democrats and U.S. officials, calling special counsel Robert Mueller’s probe of Russia a “disaster.”
Asked if there was anything he thinks Russia should take responsibility for, Trump said, “We’re all to blame.”
McCain called the summit a “tragic mistake.”
Rep. Liz Cheney, R-Wyo., the daughter of former Vice President Dick Cheney, said she is “deeply troubled” by Trump’s defense of Putin against U.S. intelligence agencies “and his suggestion of moral equivalence” between the two countries.
Even Graham, a sometime Trump ally, called the summit a “missed opportunity by President Trump to firmly hold Russia accountable for 2016 meddling and deliver a strong warning regarding future elections.”
While some GOP lawmakers were less strident in their criticism of Trump, their discomfort was clear.
House Judiciary Committee Chairman Bob Goodlatte, R-Va., said he was “dismayed” by Trump’s stance. Rep. Carlos Curbelo, R-Fla., called it “unacceptable.”

Off Capitol Hill, former intelligence chiefs who served under President Barack Obama were scathing in their criticism. John Brennan, who served as CIA director, called Trump’s comments “treasonous.”
“Donald Trump’s press conference performance in Helsinki rises to & exceeds the threshold of ‘high crimes & misdemeanors.’ It was nothing short of treasonous. Not only were Trump’s comments imbecilic, he is wholly in the pocket of Putin. Republican Patriots: Where are you???” Brennan tweeted.
James Clapper, who was director of national intelligence under Obama, described Trump’s comments as “very, very disturbing.”
“On the world stage in front of the entire globe the president of the United States essentially capitulated and seems intimidated by Vladimir Putin,” Clapper told CNN.
James Comey, the FBI director fired by Trump, tweeted, “This was the day an American president stood on foreign soil next to a murderous lying thug and refused to back his own country.”

At least one Republican, Sen. Rand Paul of Kentucky, scoffed at both parties “beating their chests” on Russia and “dumbing down” the debate, saying it’s important for the U.S. to have diplomatic channels open with its adversaries if the country hopes to change behavior.
“They’re making a big mistake,” Paul said. He dismissed the president’s critics as those who hate the president. “It’s Trump derangement syndrome.”
Another key Republican echoed the president’s criticism of the special counsel probe.
Rep. Darrell Issa of California said he takes the charges filed by Mueller’s team seriously but questions the timing coming days before the Trump-Putin meeting. “I personally would neither rule in nor rule out the validity.”
But another Republican, Sen. Marco Rubio of Florida, warned that while Trump may feel that he can achieve a better working relationship with Putin by being nice to him, that’s unlikely to work.
“The flaw in that is that President Putin is not interested in a better relationship,” Rubio said at a forum sponsored by the Atlantic. “He views politics as a battle between the strong and the weak. … He doesn’t believe in win-win scenarios. He believes in zero-sum.”