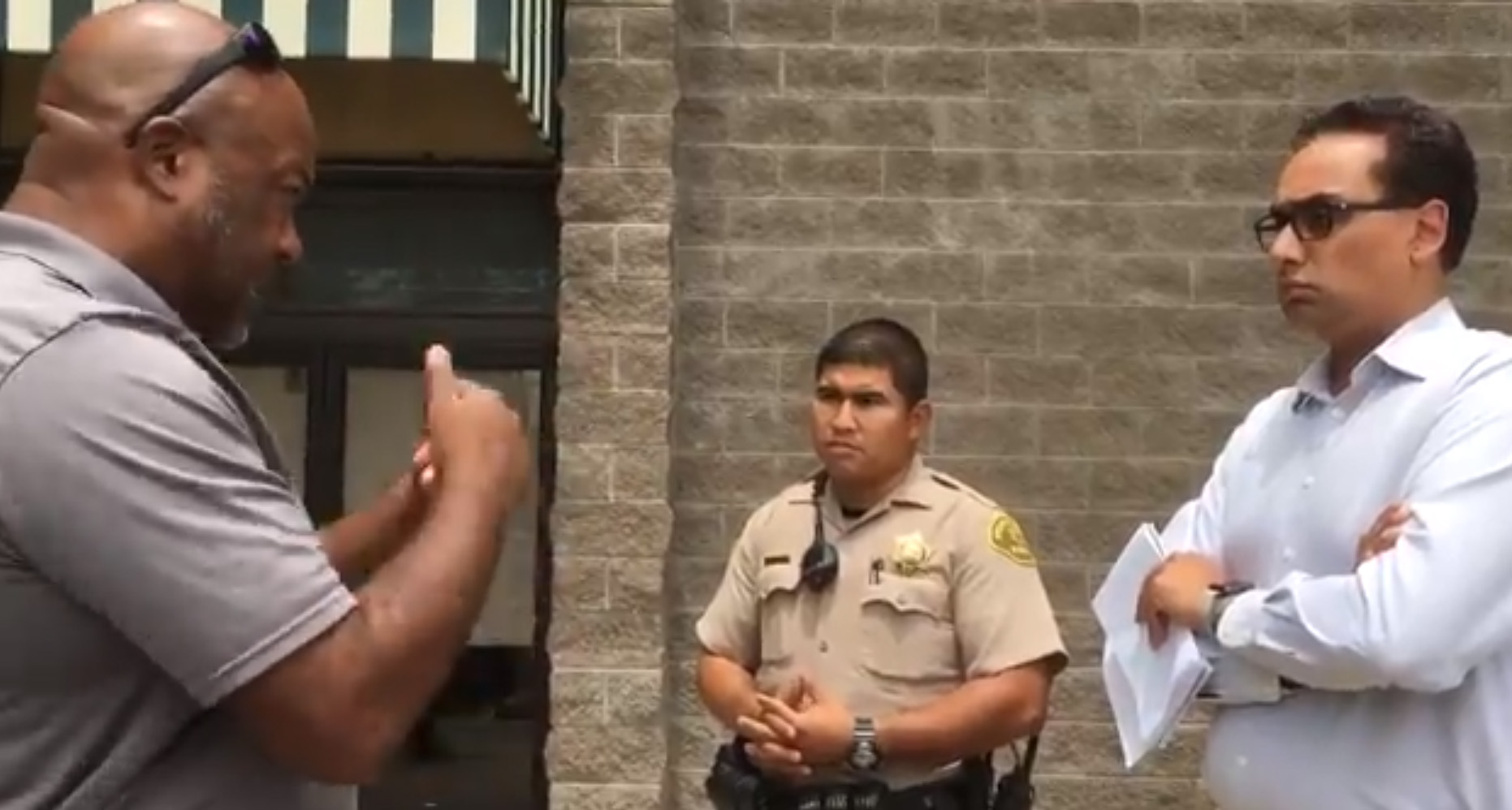 Watching a recount is the political equivalent of watching paint dry.
Until security removes a candidate in handcuffs.
In the end, Tate Hill not only kept his second-place spot, he gained votes and expanded his lead. He will now face Miguel Arias in a runoff in November for the Fresno City Council District 3 seat.
For Daren Miller, Monday (July 9) provided a harsh lesson in civics.
“(It’s) disappointing that I’m not going to be in the runoff, that’s one side of it,” Miller said after the results sealed his fate. “We have huge issues in the ways we do our elections.”

A disappointed @votedarenmiller on the recount not going his way. pic.twitter.com/GhFytCM4LU

Problems at recount. @votedarenmiller in verbal battle with Fresno County election officials. Count has not resumed after break. pic.twitter.com/ktI0KF4cZy

According to Miller, county security guards placed him in handcuffs and escorted him out of the Fresno County Election Training Facility after he refused to leave when officials wanted to lock up the room for the lunch hour.
He was not arrested, and uncuffed once he left the room.
Miller became agitated a short time earlier in a disagreement and/or misunderstanding with election officials over the purpose of the recount. As Miller understood it, the election official told him the process was only to recount the votes and not change a result.
Cooler heads did not prevail after the hour-long lunch break. Miller continued his argument before proceedings resumed, delaying the recount by about 15 minutes.
“How many minutes did you spend in handcuffs today?” Miller rhetorically asked election official Ravi Gill. A sheriff’s deputy called in to keep the peace helped calm the candidate down.
Fresno County Clerk Brandi Orth declined to comment on the incident.
Throughout the day, Miller lamented over various aspects of the recount law. He wondered why extra payment is needed for election workers to conduct a recount. He wanted the law changed to allow an automatic recount if the margin is within 0.5%.

“Miguel…Yes. Miguel…Yes.”
Those were the sounds heard from one of two tables of four vote counters: one to recount, one to confirm, and two to mark down the tally. Box by box, each representing a precinct, the special recount board examined each paper ballot.
Earlier in the morning, Orth denied a Miller challenge of 23 uncounted provisional and absentee ballots. None of those ballots had a proper signature, Orth ruled, and thus could not be counted.
The original schedule had the count stopping at 4 p.m. When that time arrived, an elections official announced the counting would continue for another 75 minutes or so. That was enough to count the remaining 12 boxes of votes.
Orth announced the tally shortly thereafter. Hill, who came into the recount with a six-vote lead (768-762), picked up four votes to finish at 772. Miller lost two votes, sliding back to 760, doubling Hill’s final margin of victory.

The original results will remain as the officially certified results, Orth explained, because the results did not change.
Miller paid $7,924 for the recount. If there was a silver lining, by finishing in one day, he did not have to pay an extra $2,000 that clerk would charge him to continue for a second day of vote counting.

@tatehill on the recount and now moving on to November runoff against @scccdtrustee for #Fresno council D3 seat. pic.twitter.com/fVexWm5Xu3

Hill, the former CEO of the Fresno Metro Black Chamber of Commerce, attended part of the day-long count.
“I’m looking forward to November and have an opportunity to share my message to the residents of District 3,” Hill said after the day’s events. “I look forward to gaining support from the other candidates.”