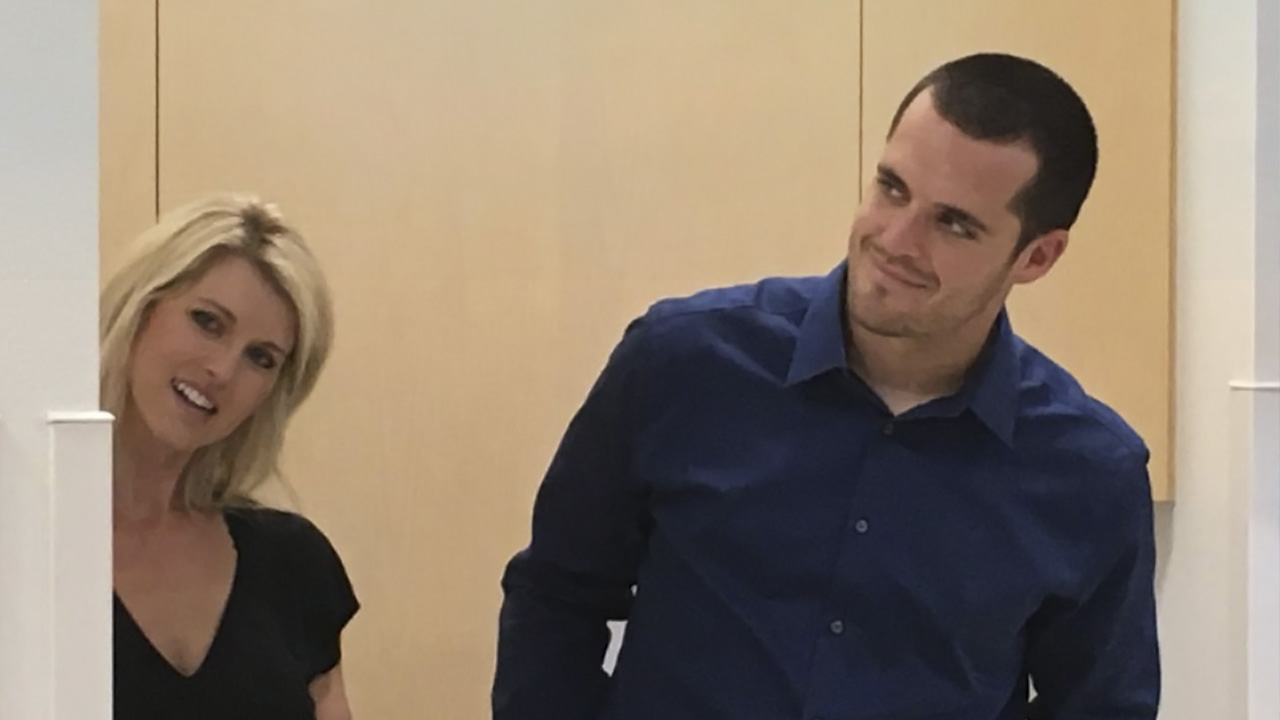 Derek Carr paid another visit to a place of great importance in his life — Valley Children’s Hospital. After lifting the spirits of children at the Madera County facility, he helped with a ribbon-cutting ceremony for a new pediatric clinic in Clovis on Friday.
Carr told the familiar story to Central Valley residents about how Children’s took care of his newborn son Dallas, who required major surgery after his birth. Today, Dallas is five and doing well, according to his father.
“I just think about our experience, Heather and I with Dallas, the care that we received. Just to know that other families … in the whole Central Valley are getting the best care they can get, that to me is what it’s about,” Carr said. “God has linked me with Valley Children’s because they are the best at what they do.”

The Raiders quarterback also talked about sending an encouraging video to a child named Damian months ago during his first round of chemotherapy.
“Today was his last, when we visited him. Just to be a small part of putting a smile on someone’s face, which you doctors and you smart people do all the good stuff. If they like football, I’ll make them smile. It’s a good thing the Central Valley likes football,” he said.

Carr also talked about his relationship with another Bay Area athlete, Golden State Warriors superstar Steph Curry.
“I’ve played golf with Steph. That man can stripe a golf ball, that’s for sure. We don’t hang out too much. Our seasons go on different times of the year, so it’s not a lot of time we spend together,” Carr said of the two-time NBA MVP.

The new clinic, called Magnolia Pediatrics, is at the northwest corner of Herndon and Temperance avenues, across the street from Clovis Community Hospital.
“Magnolia Pediatrics will provide primary care services, including wellness checks, immunizations and same-day sick-child visits,” according to a hospital news release.

Wildfires Burn California at Both Ends of the State