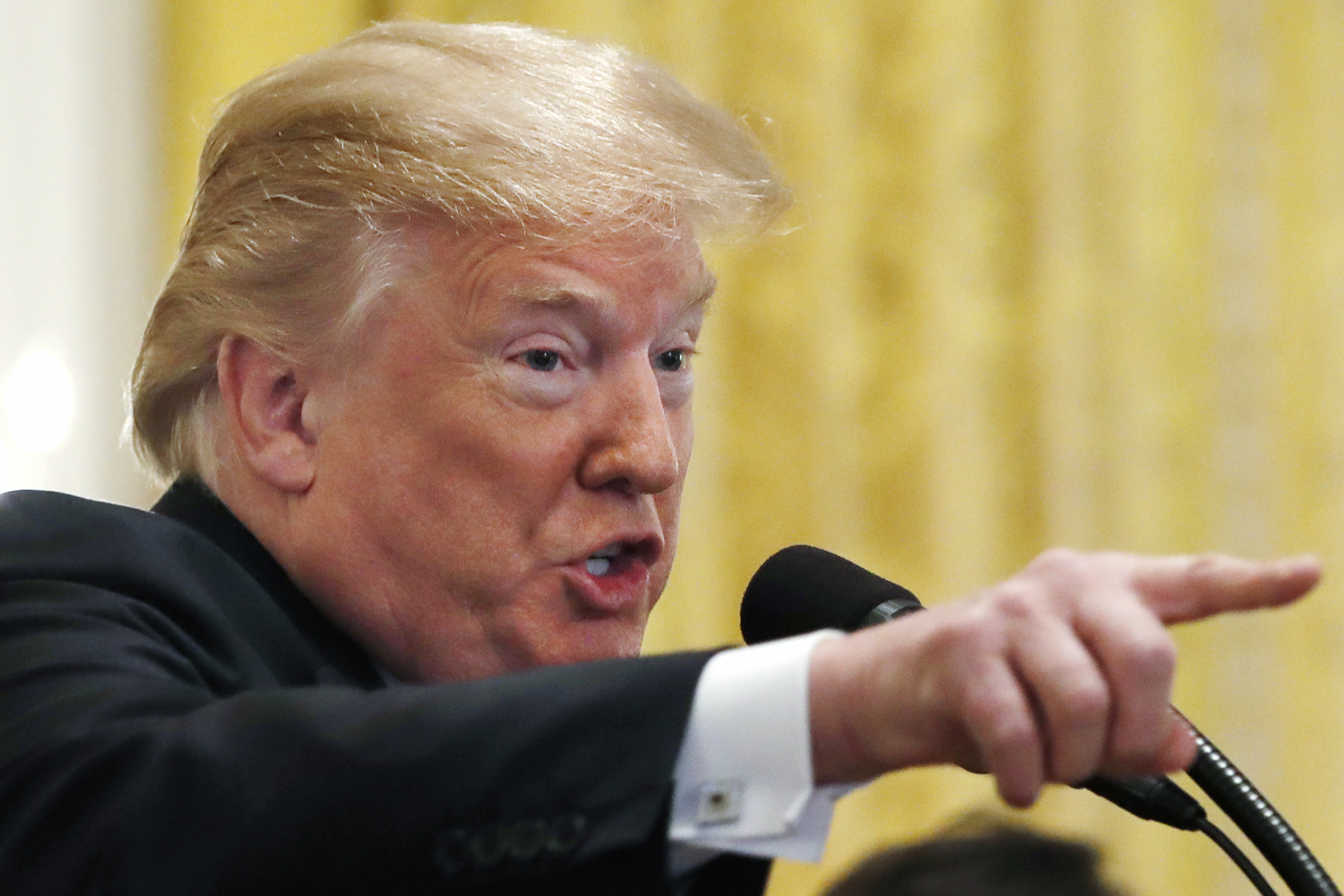 The Congressional Budget Office and other nonpartisan analyses project that President Donald Trump’s tax cuts passed in December will add more than $1 trillion to the deficit over the next decade.
For those keeping track at home, fortune.com reports that the U.S. deficit — relative to the economy’s size — is set to soar past World War II levels by the 2030s if current laws remain in place.
So what is Trump talking about doing?
Cutting the corporate tax rate again, accompanied by tax cuts tailored to the middle class.

“One of the things we’re thinking about is bringing the 21 percent down to 20, and for the most part the rest of it will go right to the middle class,” Trump told Maria Bartiromo in an interview aired July 1 on Fox News Channel’s “Sunday Morning Futures.”
The tax law Trump signed last year lowered the corporate tax rate from 35 percent to 21 percent. The 21 percent rate was higher than many Republicans had initially wanted, and Trump sought a 15 percent rate during his campaign. Earlier versions of the tax bill included a corporate rate of 20 percent.
House GOP lawmakers and the White House have been discussing additional tax cuts this year, and a potential package is expected to focus on a permanent extension of tax changes for individuals that are temporary under the law Trump signed in December, The Hill reported.

Trump also didn’t say whether Republicans planned other changes to tax policy that might offset these new tax cuts in a way that would prevent a further deficit increase.
The Washington Post reported that it’s possible some Republicans would block the effort to drop the corporate rate.
Since passing their tax law, Republicans have mainly talked about the importance of impressing on voters how the legislation will do more for workers, and they have not talked much about the need to provide more assistance for corporations, The Post reported.

Meanwhile, an Associated Press fact-check of the Trump administration’s claims about the tax cuts showed that he’s exaggerating their impacts.
Here is the AP story:
President Donald Trump has elevated his tax cuts to an act of biblical proportions, misleadingly claiming at a White House speech June 29 that they triggered an “economic miracle.Not quite.
Also on Friday, the president’s top economics aide, Larry Kudlow, appeared on the Fox Business Network to address one of the major problems with the tax cuts — that they’ll heap more than $1 trillion onto the national debt. Kudlow falsely countered that the budget deficit was falling because of growth generated by the tax cuts. The deficit is actually rising.

TRUMP: “Six months ago, we unleashed an economic miracle by signing the biggest tax cuts and reforms …the biggest tax cuts in American history.”
THE FACTS: The president is exaggerating, if not being outright deceptive.
Rather than achieving a miracle, his tax cuts have helped stoke additional growth in an economic expansion that was already approaching its tenth year. The additional growth is largely fueled by government borrowing, as the federal deficit rises because of the tax cut. The pace of growth is expected to taper off after next year, according to the Congressional Budget Office, the Federal Reserve and outside analysts.
And while the $1.5 trillion worth of tax reductions over the next decade are substantial, they’re far from the largest in U.S. history as a share of the overall economy. The Trump tax cut ranks behind Ronald Reagan’s in the early 1980s, post-World War II tax cuts and at least several more, according to the Committee for a Responsible Federal Budget, which advocates for deficit reduction.
Trump proudly went through a list of economic achievements that build on the progress begun under former President Barack Obama. The 3.8 percent unemployment rate and the historically low level of requests for jobless aid are both the result of a steady and gradual recovery from the worst economic meltdown since 1929.
Several hundred companies responded to the tax cuts by paying workers bonuses or hiking hourly wages, but any significant income growth has yet to surface in the overall economy.
The tax cuts have added on average $17 a month to people’s incomes, according to an analysis by Ernie Tedeschi, head of fiscal policy analysis at the investment firm Evercore ISI and a former Treasury Department economist. The analysis is based off consumer spending, income and inflation data released Friday.
That $17 monthly gain is helpful, but it’s far from miraculous.

Deficit Is ‘Coming Down Rapidly’

KUDLOW: “As the economy gears up, more people working, better jobs and careers, those revenues come rolling in, and the deficit, which is one of the other criticisms, is coming down, and it’s coming down rapidly.”
THE FACTS: Nope.
Since the fiscal year started in October, Treasury Department reports show the federal government has recorded a $385.4 billion deficit, a 12 percent jump from the same period in the previous year.
The Congressional Budget Office was even more blunt in its long-term assessment.
It estimates that the national debt — the sum of yearly deficits — will be $2.2 trillion higher in 2027 than it had previously forecast, largely a consequence of Trump’s 10-year, $1.5 trillion tax cut. The size of the debt could be even higher if provisions of the tax cut that are set to expire are, instead, renewed.
You can find AP Fact Checks at this link.
Follow @APFactCheck on Twitter: https://twitter.com/APFactCheck

Here is Bartiromo’s interview with Trump. He discusses additional tax cuts at the 5:10 mark.