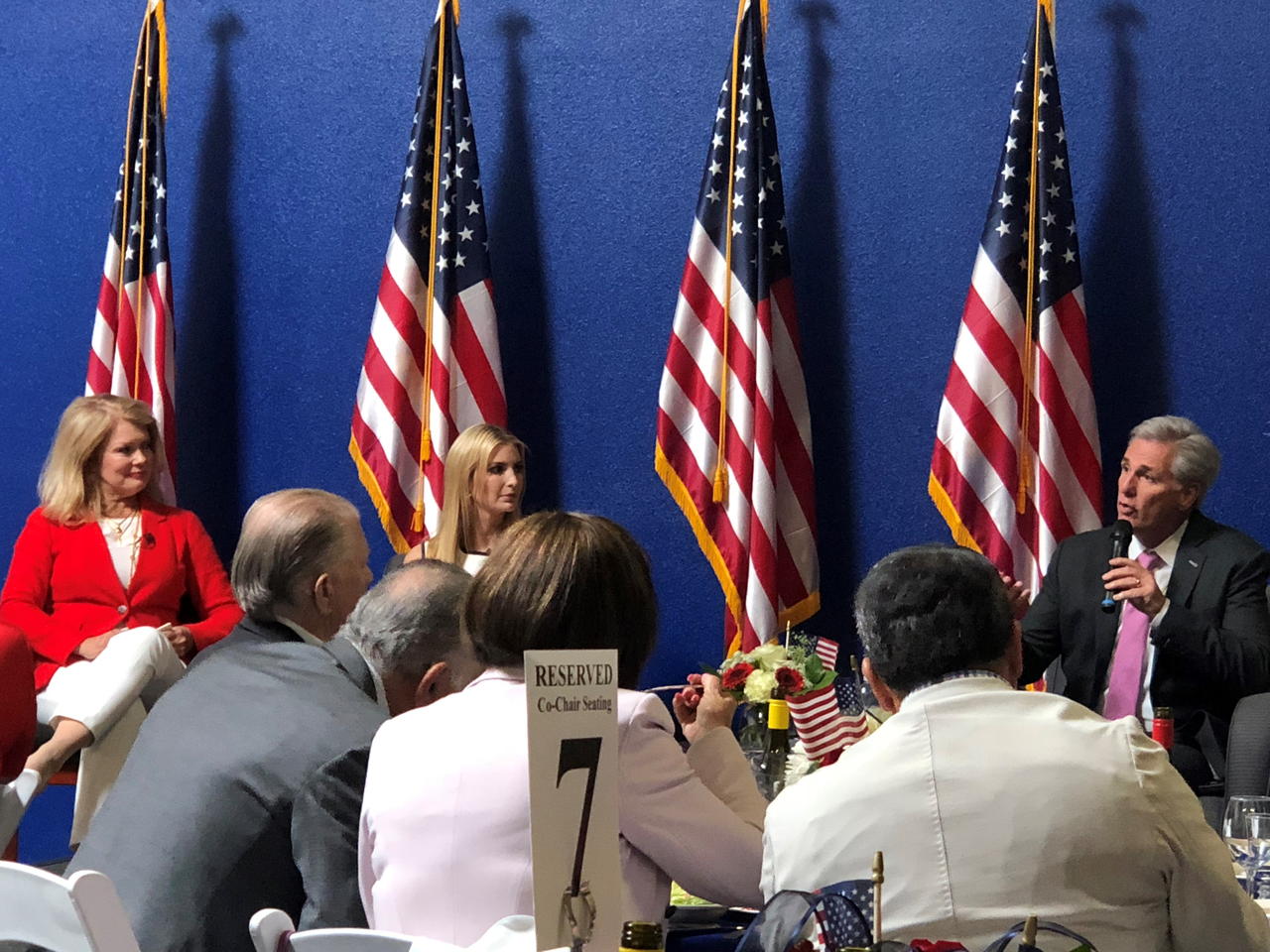 Unless you shelled out up to $5,000, the closest anyone could get to Ivanka Trump on Monday in Fresno was hundreds of feet away, separated by a wrought-iron fence.
The First Daughter and presidential adviser appeared at a fundraiser to raise money for Protect the House,  a campaign arm helping Republican House members retain their seats.
Trump arrived amid a CHP escort in a white SUV around noon. She stayed for approximately 90 minutes.
Majority Leader Kevin McCarthy (R-Bakersfield) held the fundraiser at Harris Construction near the Fresno airport. While organizers barred media from attending, other guests said Congressman David Valadao (R-Hanford) attended.
Guests paid $1,250 to get in the door and up to $5,000 for a photo session with Trump.
Mary Hart, the former longtime host of the nationally syndicated show “Entertainment Tonight,” emceed the event.

According to fundraiser attendees, Trump spoke about balancing her family life with advising the president and father, Donald Trump.
Trump and McCarthy also talked to the group about immigration policy, but not necessarily about reports of families being separated at the border.
Another congressional hopeful, Elizabeth Heng, appeared as a guest of McCarthy. Heng is trying to unseat Democratic incumbent Jim Costa of Fresno.

A Fancy Car and a Job Hunter 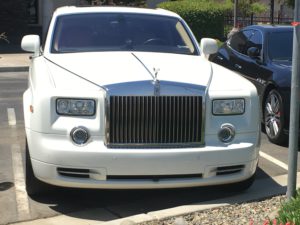 A Rolls Royce Phantom
Greg Hostetler may have driven the fanciest vehicle in the parking lot, a Rolls Royce Phantom. He also shared something else in common with the Trump family — the ill-fated Running Horse golf course in Fresno.
Donald Trump considered buying the ill-fated property in west Fresno in 2007, but passed when Mayor Alan Autry rejected Trump’s terms. Hostetler, along with the Assemi family, eventually bought the land after the golf course and housing project failed.
“They brought me in because I have bulldozers and heavy equipment. I like to play with that,” Hostetler said. “So, we went in there and cleaned it up.”
Disclosure: GV Wire is part of the Assemi Group.
Travis Preheim showed up at Harris Construction for a different reason — employment.
“I literally just showed up here looking for a job. I had no idea what was going on today,” Preheim said, wearing a bright orange shirt. 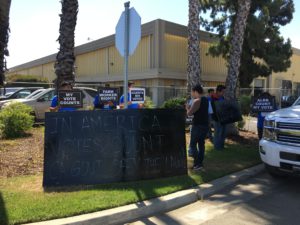 Pick Justice protesters
About 20 protesters in multiple groups aligned themselves on Home Avenue in front of Harris Construction.
Seven Pick Justice demonstrators stood in a shady spot in a corner, holding signs about the plight of Gerawan Farms workers. The workers are engaged in a battle with the ALRB regarding a vote to remove UFW as the recognized labor union. A state appellate court recently ordered the ARLB to reconsider its decision not to count the votes in the election.
Inside, Jesse Rojas, a spokesman for Pick Justice, says he delivered a letter spelling out Gerawan workers’ troubles to Ms. Trump’s staff.
Other protesters held signs denouncing foreign wars. One woman drove in from Oakland with a “Trump is a racist” shirt.
There were no incidents, other than a spirited dialogue between a Trump supporter and a detractor.
Related Topics:FresnofundraiserGOPHarris ConstructionimmigrationIvanaka TrumpKevin McCarthyPick JusticePresident Donald Trump
Up Next

Americans Own 46% of World's Civilian Guns