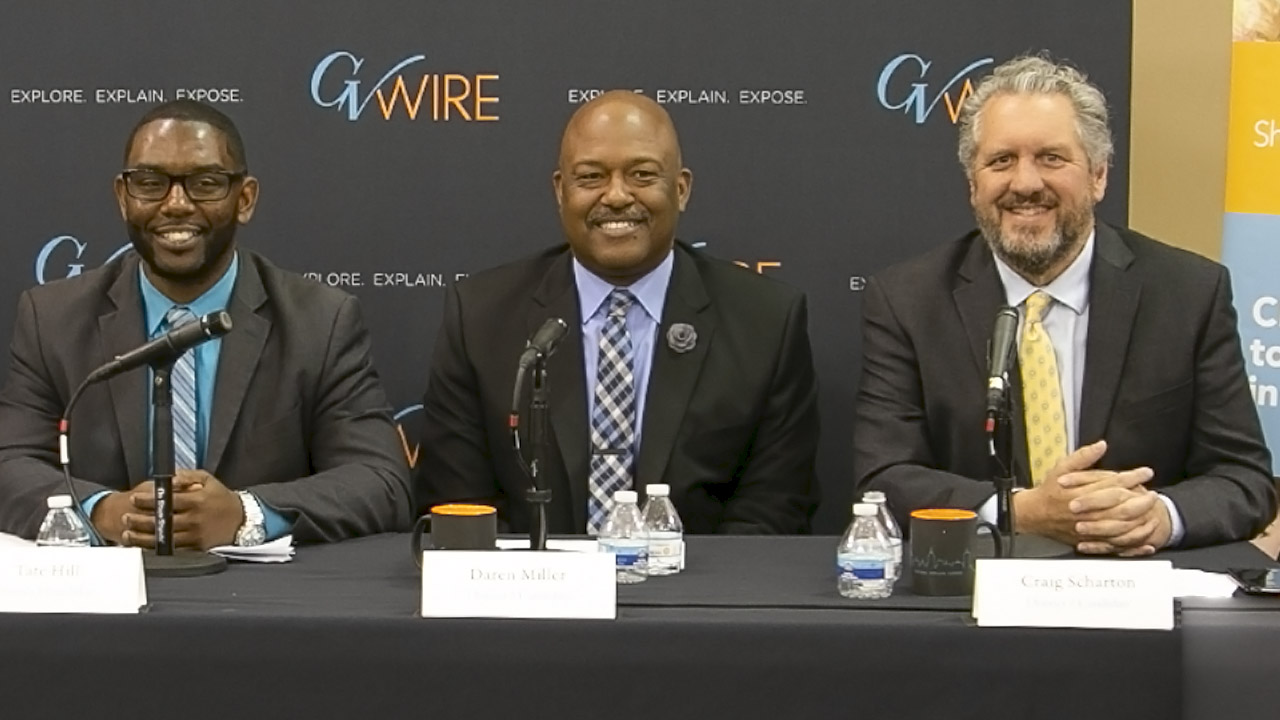 Updated results for the Fresno City Council elections, released Friday, provide a bit of clarity in the races.
While still preliminary, these new results show slight increases in the narrow margins held by Luis Chavez in District 5 and Brian Whelan in District 7. More importantly, the outcome for second place in the tightly-contested District 3 race shows some movement but remains too close to call.

Hill Moves Into Second in District 3

In the District 3 race, frontrunner Miguel Arias picked up an additional 319 votes, slightly dropping his proportional total from 30.09% to 29.58%. However, Arias has been able to rest easy since election night as the clear-cut victor.


“I’m still optimistic that I’ll prevail in the long run.” — District 3 candidate Daren Miller, on the tight battle for the second runoff spot
The other candidates have been left with tension since Tuesday, and today’s release does little to resolve that.
Tate Hill moved from a nine-votes-back third into second by picking up just under 200 votes. He now leads the current third-place holder, Daren Miller, by 18 votes.
“This so far has been an incredible journey. The absentee ballots are swinging my way. I’m waiting on what will hopefully be a favorable final count on this coming Wednesday,” Hill told GV Wire via text message.
His opponents remain undeterred.
“I’m still optimistic that I’ll prevail in the long run,” said Miller who dropped a spot to third. “We are eagerly awaiting (next) Wednesday’s update. If this was easy, everybody would be running.”
Trailing closely on their heels is Craig Scharton, who remains in fourth place. His margin to second, however, expanded from 14 votes to 38.
“There are still quite a few votes to count and it’s way too early to make any predictions,” Scharton said. “I think we should all just sit back and relax and wait until we get the final numbers.”
Essentially, Hill’s results prove that his voters performed well on election day, but his is still incredibly narrow.
According to state election law, if the final results show a tie for second, then the knotted candidates advance to the general election.  That means Arias could face, one, two or even three competitors in November.

Chavez, who faces a more serious challenge than expected, modestly increased his proportional lead, jumping from 41.03% to 41.21%. He will face Hmong television anchor Paula Yang in November in a race that has a significant chance of unseating the incumbent. During the primary, Yang peppered the district with signs to increase her visibility.
Whelan saw a similar jump, from 38.56% to 38.92%, and will face Nelson Esparza who now trails Whelan by 48 votes.

According to a representative at the County of Fresno Elections office, there are still about 21,000 votes left to be counted county-wide – about 14,000 vote-by-mail and 7,000 provisional ballots.
It is uncertain how many of these votes fall within these particular city council districts. However, it is safe to say that, in the District 3 race, there remains plenty of room for movement.
GV Wire’s David Taub contributed to this report.