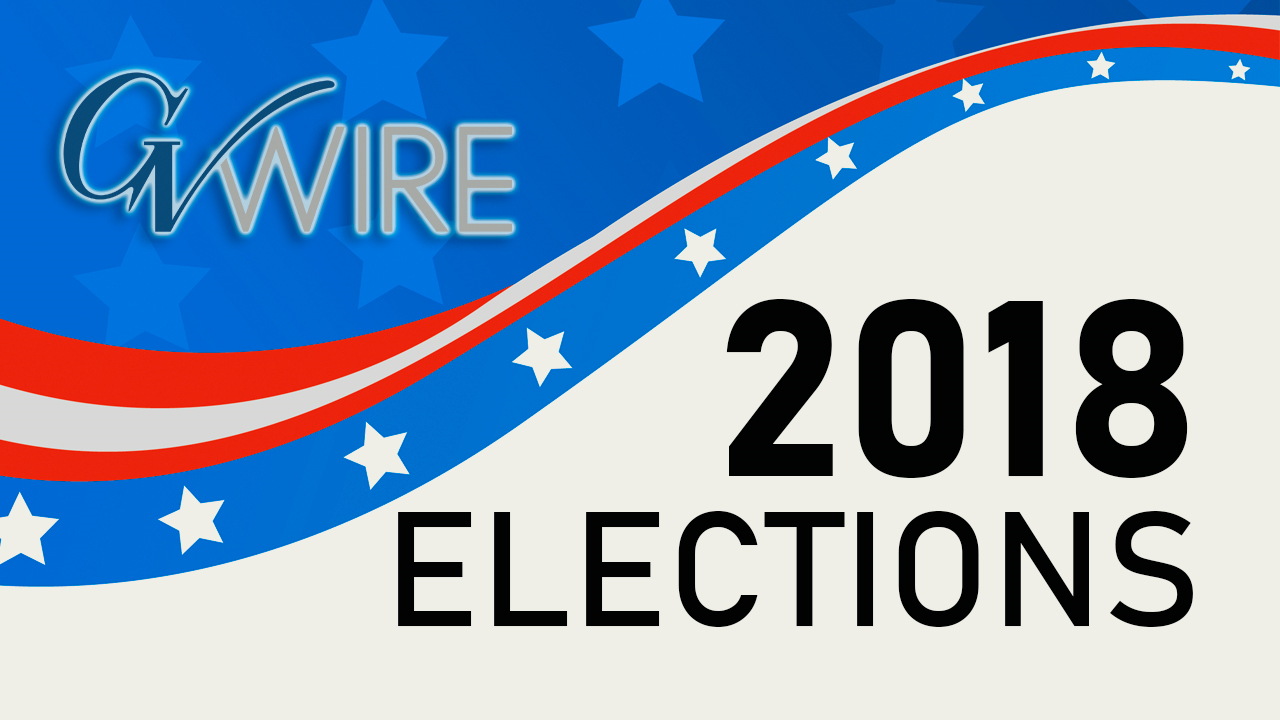 UPDATED AT 12:18 A.M.
The three Fresno City Council seats up for grabs in Tuesday’s primary appear headed to November run-offs.
With 91% of precincts reporting in District 7, Brian Whelan was capturing 39% of the vote — well below the 50% plus one vote needed to avoid a run-off.
Nelson Esparza was second at 38% and Veva Islas third at 23%,
The race to succeed the termed-out Clint Olivier is considered crucial to the council’s political leanings. Currently, the council majority is aligned with Mayor Lee Brand, a centrist conservative, and a victory by Whelan in November would continue the status quo. Whelan was endorsed early on by Brand.
However, a run-off victory by the more liberal Esparza could change the council’s dynamics and relationships with Brand.
According to conventional political wisdom, because of District 7’s Democratic voter registration edge, the Republican Whelan’s best chance at winning the seat involved taking it in the primary.

In District 3, where a large field is vying to replace the termed-out Oliver Baines, Miguel Arias appeared in control of one run-off berth. However, the battle for the second run-off spot was being closely contested.
With 94% of precincts reporting, Arias had 30% of the vote. He was followed by Daren Miller (14.50%), former Fresno City Councilman Craig Scharton (14.32%), and Brand-endorsed Tate Hill (14.18%).

Incumbents rarely lose Fresno City Council races, but Paula Yang appears to be en route to forcing a run-off in District 5, which covers the southeast section of the city.
With 97% of precincts reporting, she was garnering 37% of the vote compared to 41% for incumbent Luis Chavez.

Linn Out as Madera County DA

In a race that commanded much attention, controversial Madera County District Attorney David Linn was tossed out of office.
Sally Orme Moreno, a Fresno County prosecutor, captured 44% of the vote. She was followed by Paul Hornick, Madera County’s senior deputy DA, with 33%. Linn was last at 22%.
If the current trend continues, Moreno will face Hornick in a November run-off.

Rogers Cruises, But Wheeler Squeaks By

In the two contested Madera County supervisorial races, the unofficial results showed that District 2 incumbent David Rogers received 66% of the vote compared to 33% for challenger Al Galvez.
But District 5 incumbent Tom Wheeler held a narrow advantage in his effort to avoid a run-off.
Wheeler stood at 50.64% while runner-up Marc Sobel had 45.69%.

Fresno County had only one contested supervisorial race. That was in District 1, where incumbent Brian Pacheco (80%) was easily fending off the challenge of Jose Ornelas (20%).
In the Fresno County Clerk’s race, incumbent Brandi Orth also was cruising to another term. She stood at 78% compared to 22% for challenger S. Adrian Rivera.

With 94% of precincts reporting, Oscar J. Garcia was leading two challengers in his effort to win a full term as auditor-controller/treasurer-tax collector.
Garcia, who was appointed to the post following the mid-term retirement of Vicki Crow after 14 years, stood at 48.35%. David L. Keyes, who was endorsed by assessor-recorder Paul Dictos, was second at 43.94%. Alan Cade Jr. perhaps was playing the spoiler in Garcia’s quest to avoid a run-off. Cade has 7.52% of the vote.