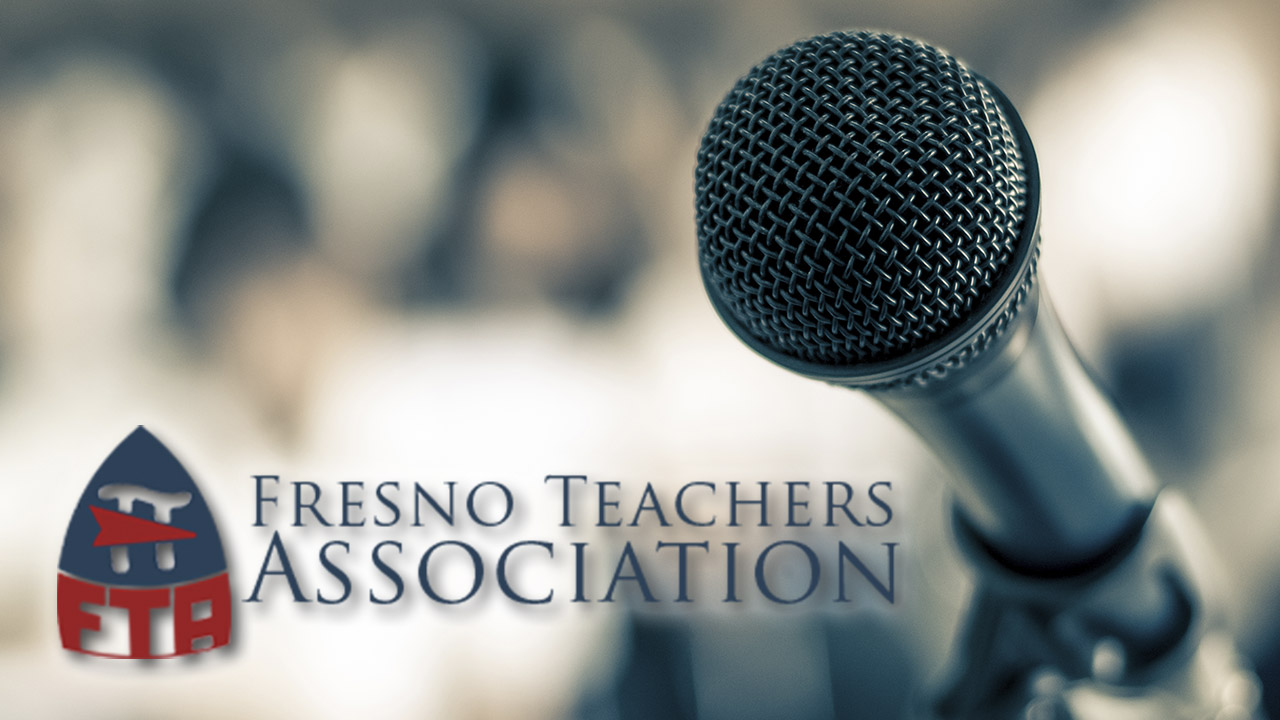 Looking ahead to the November election, the Fresno Teachers Association is holding a school board candidates town hall Thursday night (May 31).
Four Fresno Unified trustee areas are up for grabs. And at least six candidates — some who have filed paperwork and some who have not — will take questions from the teachers union.
The forum takes place 5:30 to 7 p.m. at the Bullard High School Theatre.

The most interesting attendee might be Fresno City Councilman Clint Olivier, who terms out at the end of the year. When I asked if this means he’s officially running for the school board, Olivier replied, “Maybe, maybe not.”
Olivier has not filed paperwork with the county clerk indicating his interest. Olivier lives in Area 4, which is the McLane High School area represented by Christopher De La Cerda.
De La Cerda said that he is running for re-election. However, he will not attend the forum.
Also running in the McLane area and attending is Va Her, who works for the U.S. Department of Veterans Affairs and is a board member of Hmong New Year.
Trustee Valerie Davis plans to run for re-election in Area 3 (Sunnyside High School), where she’s served since 2004. She cannot attend the forum because of scheduling conflicts with graduation ceremonies.

Changing of the Guard on Board

The November election will bring at least two new members.
In April, Brooke Ashjian announced he would not seek re-election after serving one term. He represents Area 7 (Bullard High School). Two candidates hoping to succeed him are scheduled to appear at the forum.
Nasreen Johnson works in marketing for the Fresno EOC. She had raised about $9,000 cash on hand as of January, according to the latest campaign finance documents.
The other Bullard area candidate thus far is Terri Edwards, an administrator with the Parents University program at Fresno Unified. She has not filed paperwork with the county.

Cal Johnson, first elected in 2006, will not run for re-election in Area 1 (Edison High School). He is endorsing Keshia Thomas, a teacher at McLane High.
Thomas will appear at the forum, as will another candidate for the Area 1 seat, Robert Fuentes, a local attorney.
According to campaign fundraising documents, Fuentes raised $12,425 last year and had more than $8,000 on hand as of January.
The deadline for candidates to file is Aug. 10 (extended to Aug. 15 if an incumbent does not run).

Becerra-Mims on Same Side of Illegal Marijuana

.@realdonaldtrump, Scapegoating and fear-mongering is the wrong way to strike a conversation about public safety. In California, we believe we are safest when there is trust between our communities, including our #immigrant neighbors, and local law enforcement. https://t.co/losDwFOHfA

If there were any hard feelings, Mims and Becerra put them aside during a forum Tuesday on illegal marijuana grows.
Technically, U.S. Attorney McGregor Scott convened the Sacramento meeting with state and federal officials. And, while Becerra and Mims may argue over immigration enforcement policy, they agree when it comes to the environmental damage caused by the illicit grows.
Mims told the panel that people experiencing California’s wonders “should not come across fishhooks hanging at eye level. They should not come across trip wires that may be attached to shotgun shells. They should not face armed guards.”
Watch her comments below:

More than a week after his remarks on Facebook about ag prompted a fierce backlash, Tulare Mayor Carlton Jones is holding an ag forum Thursday (May 31) night 7 p.m. at the Tulare Senior Center (201 N. F Street in Tulare).
Jones says the event will include a panel discussion, questions and debate. He did not specify who would be on the panel.

With less than a week to go from the June 5 primary, Fresno County Clerk Brandi Orth says that voters have returned 36,563 absentee ballots by mail as of today (May 30).
According to vote-tracking website Political Data Inc., about half of those were from the city of Fresno.
In the last midterm primary (June 2014), only 26% turned out to vote countywide.