Is Nunes Off the Deep End? Schumer Says Some in GOP Think So 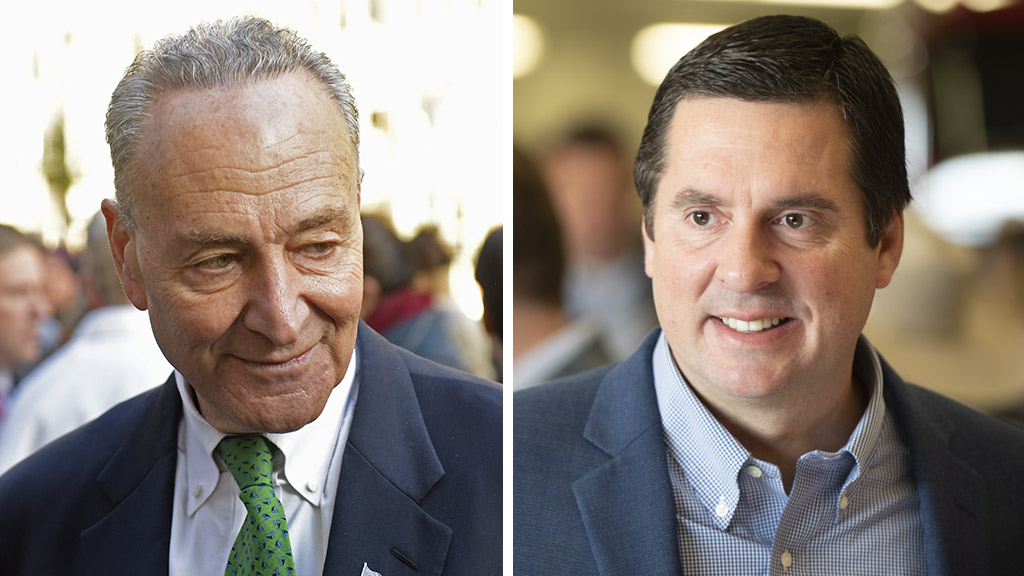 Andrew Janz, a Democratic challenger to Rep. Devin Nunes, said earlier this year that “We don’t need Nancy Pelosi and Chuck Schumer or the national party here” on the campaign trail.
But you can bet that Janz welcomed what Schumer, the Senate minority leader, said about Nunes on Tuesday.

Hey @SenSchumer republicans in #CA22 are telling me the same thing! https://t.co/P1YPLce6ia

Nunes has placed himself in the national spotlight with his handling of the committee’s investigation into Russian influence in the 2016 presidential election.

Trump and GOP Hail Nunes as a Hero

Many Republicans, including Trump, have called Nunes a national hero for his inquiries into the FBI and the Department of Justice.
Democrats, meanwhile, portray Nunes as a Trump “stooge.” They say he used his chairmanship to cut short the probe into whether members of the Trump campaign colluded with Russians against Democratic presidential candidate Hillary Clinton.
Most recently, Nunes pressured the DOJ to release information about the FBI’s use of an informant who met with three of President Trump‘s campaign advisers during the 2016 campaign.
That pressure included Nunes threatening on Fox News to hold Attorney General Sessions in contempt after the DOJ said it would not comply with his subpoena sent in April about records involving the Russia investigation and the Foreign Intelligence Surveillance Act.

Video: Rep. Nunes Says He Will Push To Hold AG in Contempt