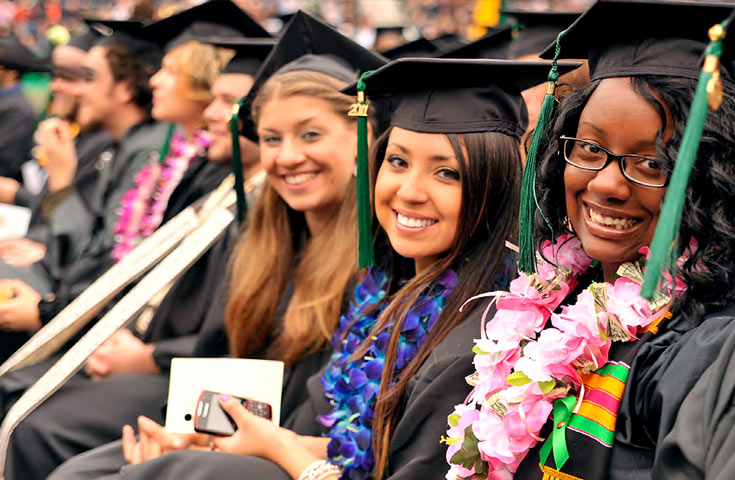 The Fresno Bee sports page delivered quite a 1-2 punch in the gut to Fresno State recently.

First, Marek Warszawski wrote, “At some point Fresno State baseball stopped being a victim of its own success, and started to become a victim of its own neglect.”
He voiced that opinion in a column about the Bulldogs’ failures to match their past glories, which include winning the 2008 College World Series under Coach Mike Batesole.
David White followed with a column decrying the fact that only one Fresno State team — women’s tennis — won a conference title this season.

What the San Joaquin Valley needs a lot more than a powerhouse mid-major athletic program is for Fresno State to continue its upward trajectory in academics.
Without identifying Joe Castro by name, White lays the blame at the Fresno State president’s feet. He’s wasted valuable time hiring an athletic director, White writes.
Yes, an athletic director is important. But Castro needs to take as much time as is needed to make the right hire.

Athletics Shouldn’t Be the Tail That Wags the Dog

Fans and the sports media, of course, expect Fresno State to rule the Mountain West Conference.
But the expectations must be accompanied by reality.
What the San Joaquin Valley needs a lot more than a powerhouse mid-major athletic program is for Fresno State to continue its upward trajectory in academics.
The Valley needs more engineers, nurses, teachers, and water technology wizards than it needs more NFL or NBA stars.
Our region needs more chemists, psychologists, viticulturists and bright, young entrepreneurs than it needs another NCAA championship team.
Without graduates in these fields — and many others — the Valley won’t realize its economic and human potential. Putting it another way: Without more and better-prepared graduates, the Valley will remain the “Appalachia of the West,” mired in poverty and all the ills that come with it.
Fresno State graduated 6,076 students Saturday, the most since its founding in 1911. I doubt they and their proud family members were bummed out that the Bulldogs didn’t qualify for the postseason in baseball and softball.

Castro’s Vision Is the Right One

Castro clearly stated in his first year as university president his mission: Academics and Athletics must rise together.
“From my early days transitioning to the presidency, some people presented academics and athletics as an ‘either-or’ to me,” Castro said then. “I know some people love one or the other more, but they are both so important to the university, the community and the Valley. I want academics and athletics to rise together, and I want us to invest more in both areas.” I’d like that to happen, too.
Fresno State athletics provide scholarship opportunities for students. Winning teams deliver excitement and contribute to the local economy. And television appearances enable the university to sell itself to students and parents across the country.
But the last thing the university needs to do is get in an “arms race” with its conference rivals on facilities and coaching salaries. That would be the definition of insanity at Fresno State, which through the CSU Chancellor’s office must battle the governor and the Legislature every year for precious dollars to educate students.
Moreover, Fresno State has many facilities — classrooms, labs, dorm rooms, electrical infrastructure — that are more frayed and longer in the tooth than Pete Beiden Field and the baseball locker rooms cited by Warszawski in his piece on the baseball program.

If the Valley Wants Sports Powerhouse, Show Up and Fund It

Success in sports at the mid-major level is cyclical.  A little-heralded recruit who blossoms into a dominant player or the hiring of the right coach can turn things around. I’m confident the Bulldogs’ baseball and softball teams will win big again. Just as Jeff Tedford turned around the football program in 2017.
But if fans and boosters want Fresno State to dominate the Mountain West Conference, then they will have to dig deep into their pockets. Understand: The best coaches want huge salaries, glittering facilities and experienced, well-paid assistants. The highest-rated recruits want the best dorms, training facilities and locker rooms.
All of these things require a lot more money than the Red Wave has been willing to part with thus far.
That’s not necessarily a bad thing. Joining the madness gripping college sports these days is like mining fool’s gold. It’s the express lane to insolvency.
Priorities change. In this case, perhaps, for the better.
So what if the Bulldogs captured one measly conference sports title in 2017-18.
They had a championship season on the academic side. And that’s where the standings matter.

Will the Gaza Events Further Polarize the Middle East?