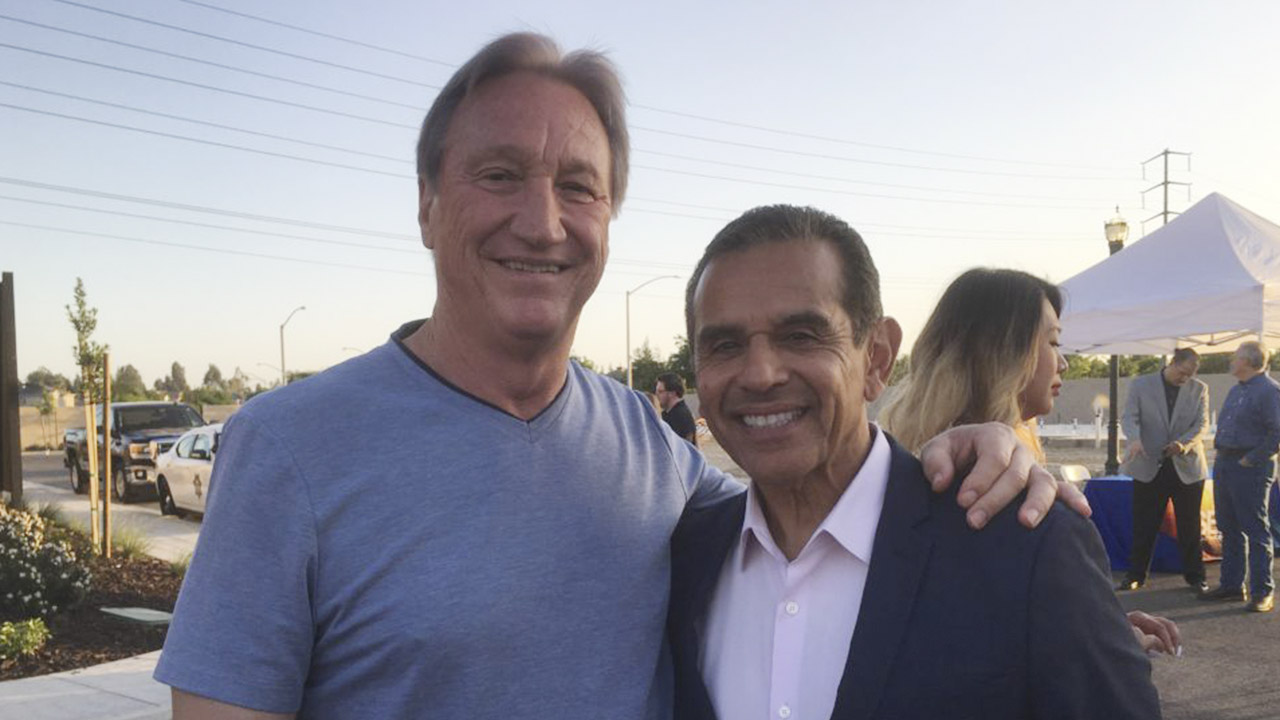 Alan Autry, former Republican Mayor of Fresno, has endorsed Antonio Villaraigosa for governor. In an interview with GV Wire, Autry said the Democratic candidate is the best choice to lead California.
“He’s head and shoulders the best problem solver on the ballot,” Autry said. “There’s a whole laundry list of issues here in California that have been left unmet for not just years, but decades,” Autry said. “He, by far, has demonstrated his ability to attack these problems.”

Autry, a past NFL quarterback and a professional actor with Hollywood credits, served as Fresno’s mayor from 2001-2009. His second term overlapped with Villaraigosa’s first four years as mayor of Los Angeles.


“He’s head and shoulders the best problem solver on the ballot,” — Alan Autry on Antonio Villaraigosa
During those years, Villaraigosa focused considerable energy on reforming underperforming schools in his city. Autry had pursued similar a similar goal in Fresno.
“Antonio Villaraigosa demonstrated, when he took on the school system in LA, he is willing to do what is right, at least what he thinks is right, to fight the battle that needs to be fought to get things done, ” Autry said. “That is why I’m supporting him.”

Despite Autry’s more conservative political leanings, he says Villaraigosa has the unique ability to bridge differences. “In California, you have a Tale of Three States — northern, central and southern California,” he says. Villaraigosa, he believes, will be able to bring diverse interests to the table.
“I think that first responsibility is to show the rest of the country, ‘Hey, here’s how we work together within our state to solve problems,’ ” Autry says. “He sees that we need to begin the process of having policies that bring us together.”
The top-two finishers in California’s June 5 primary will advance to the November general election, regardless of political party. Lieutenant Governor Gavin Newsom, a Democrat, has been the frontrunner in most polls. Villaraigosa, also a Democrat, is battling Republicans John Cox and Travis Allen for the second position.
Cox’s campaign received a boost Friday when President Donald Trump endorsed him Friday afternoon via Twitter.

In another announcement, Autry said he recently changed his voter registration status to No Party Preference.
“I’ve always been an independent thinker, an independent decision maker. I think party politics is so out of control. It’s taken away the independent mind. It is collective groupthink on both sides. That’s not going to get things done.”

One Charter School Fights for Survival. Another Wants to Open.