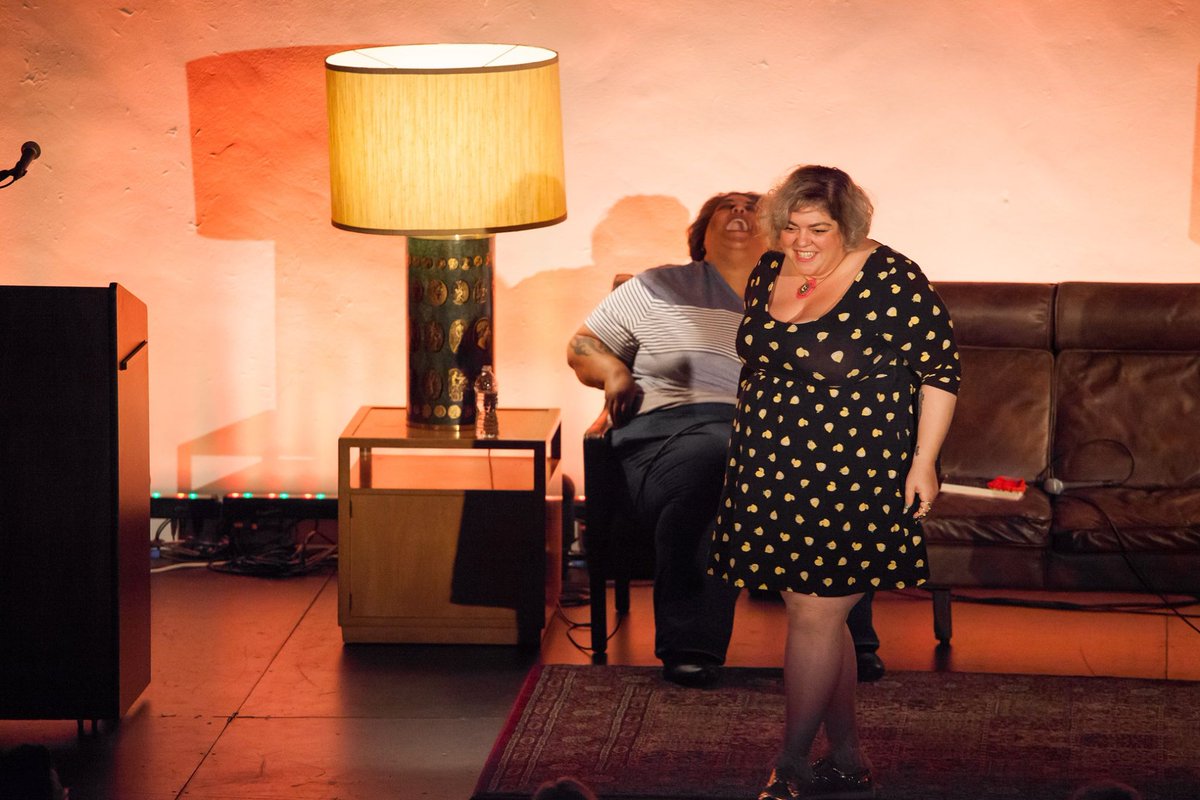 Randa Jarrar, whose tweet that former first lady Barbara Bush was an “amazing racist” is stirring national outrage, has withdrawn from a planned speaking engagement Saturday at Fresno City College.

The school said in a statement released Wednesday afternoon that the “headline speaker for LitHop 2018, Randa Jarrar, has informed the LitHop organizers that she will not be a participant in this weekend’s events, which included her appearance at Fresno City College Saturday evening.  Fresno City College and LitHop 2018 support her decision to withdraw.”

The community college additionally said in its statement that “Fresno City College and the LitHop 2018 organizers wish to send condolences to the Bush family as we join the rest of our country in mourning the loss of our former First Lady, Barbara Bush.

“While we respect the right to free speech, even objectionable speech, Jarrar’s statements are her own and do not reflect the values of LitHop or Fresno City College. We acknowledge the severity of her statements and take very seriously the concerns expressed throughout the community. The safety of each individual, including Jarrar’s, and all members of the LitHop and Fresno City College community is our paramount concern. We do not support violence or threats on social media or elsewhere; rather, we value civil discourse and look forward to the necessary healing ahead.”

Jarrar, an English professor at Fresno State and award-winning author, wrapped herself and her university in national controversy Tuesday with the tweet.

That prompted Fresno State President Joseph I. Castro to say in a statement Tuesday night:

“On behalf of Fresno State, I extend my deepest condolences to the Bush family on the loss of our former First Lady, Barbara Bush. We share the deep concerns expressed by others over the personal comments made today by professor Randa Jarrar, a professor in the English department at Fresno State.

“Her statements were made as a private citizen, not as a representative at Fresno State.”

The fallout continued Wednesday. With Castro out of town, damage control fell to Provost Lynnette Zelezny.

The soon-to-be president of CSU Bakersfield asaid that the school was putting Jarrar’s actions “under review.”

Jarrar’s crude tweets about the death of Bush ignited an online and a real-world storm of anger.

“Barbara Bush was a generous and smart and amazing racist who, along with her husband, raised a war criminal. F*** outta here with your nice words,” Jarrar sent from Twitter at 5:27 p.m. on April 17.

Zelezny said a review consists of working with Jarrar’s union and researching facts. Representatives from the faculty, president’s office and attorneys would also be involved.

She did not say whether the university wanted to fire her.

“The goal is to follow the policies and requirements to strictly review this,” Zelezny said.

On Wednesday, The Fresno Bee published a story that included this comment from Castro:

“A professor with tenure does not have blanket protection to say and do what they wish,” Castro told The Bee. “We are all held accountable for our actions.”

“I work as a tenured professor. I make 100k a year doing that. I will never be fired. I will always have people wanting to hear what I have to say,” Jarrar tweeted.

Jarrar earned $85,000, according to Fresno State. Zelezny said professors can still be fired, even with tenure status.

Jarrar has taught creative writing at Fresno State since 2010. She has won awards for her work, including a Hopwood Award and Arab-American Book Award, according to her school bio.

Before yesterday’s controversial tweet, she already was taking the semester off, for what Zelezny described as a personally requested leave of absence.

Not the First Controversial Piece

Jarrar has published numerous essays and books in her career, including “Him, Me, Muhammad Ali.” Her 2014 piece in Salon, “I Can’t Stand White Belly Dancers” drew criticism.

“Many white women who presently practice belly dance are continuing this century-old tradition of appropriation, whether they are willing to view their practice this way or not,” Jarrar wrote.

Jarrar has not replied to GV Wire’s attempts to reach out to her. After her Bush posts, she locked her Twitter account, meaning only confirmed followers could see her tweets.

Last year, Jarrar complained about a story in the magazine Literary Hub, titled “The Abu Dhabi Bar Mitzvah.” Jarrar and other critics found the piece to be disrespectful to Arabs.

Free speech experts say Jarrar’s speech is perfectly legal and should not cause any employment consequence.

“Fresno State correctly acknowledges that Jarrar’s tweets were made as a private citizen. As such, and because they touched upon a matter of public concern, Jarrar’s tweets are unquestionably protected speech under the First Amendment and Fresno State has no power to censor, punish, or terminate Jarrar for them,” wrote Adam Steinbaugh, of the Foundation for Individual Rights in Education.

Castro has recent experience dealing with a professor’s controversial tweet. Last year, history professor Lars Maischak tweeted “To save American democracy, Trump must hang. The sooner and the higher, the better.”

He took a voluntary leave of absence in April 2017. He did not teach an on-campus class in the fall of 2017 — his classes were converted to online instruction instead. His contract with the school ended in December 2017.

Maischak spoke of his experience to GV Wire last year. He knew that tweet, sent to a small group of followers, likely cost him his job. He blamed right-wing extremists for creating the hysteria.

“Wow… I don’t care how much you dislike some one you don’t talk about them and their family like that. This right here is ridiculous,” Derek said in reply to David’s quotation of a famous Barbara Bush line.

Wow… I don’t care how much you dislike some one you don’t talk about them and their family like that. This right here is ridiculous. https://t.co/Yxn8blBdN9