It's PACs vs. Grassroots in Nunes-Janz Battle 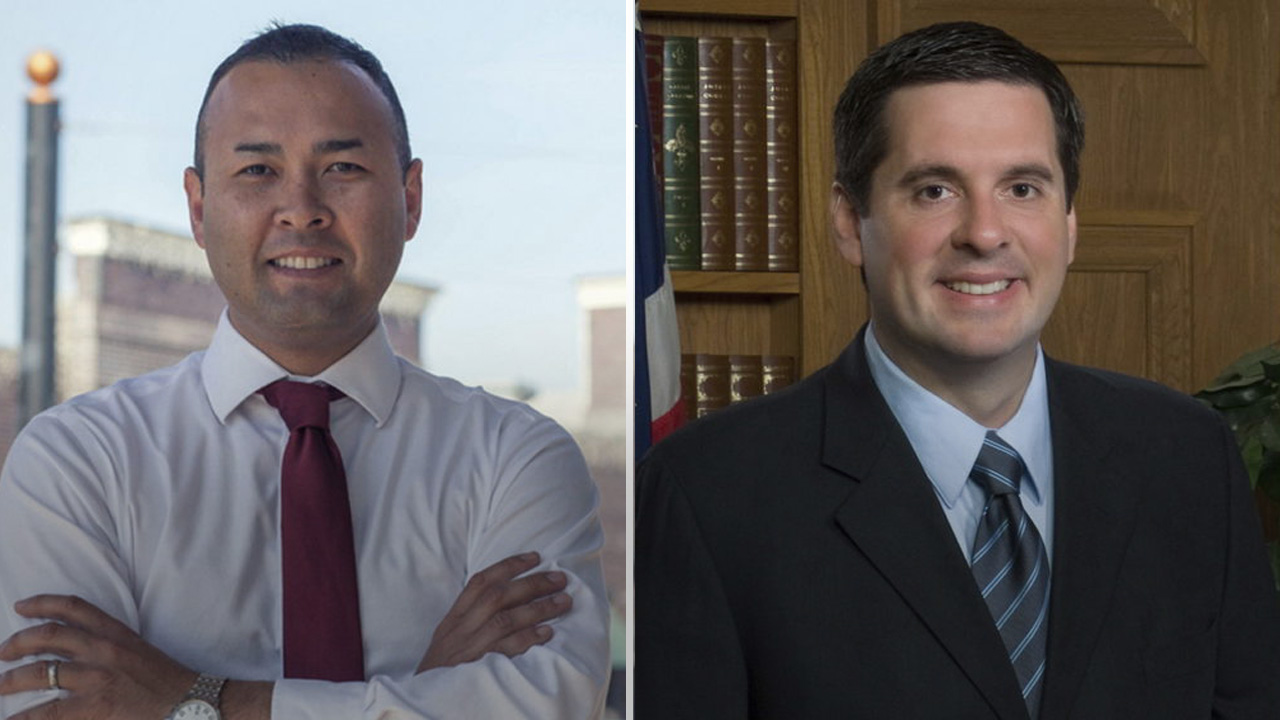 The two top candidates in the race, Rep. Nunes and Fresno County prosecutor Andrew Janz, both raised over $1 million in the first quarter of 2018, according to Federal Election Commission (FEC) data released April 15.

However, other Valley races are worthy of attention as well, particularly Rep. Jeff Denham’s (R- Turlock) fight for reelection in a district that slightly favored Hillary Clinton for president in 2016. While the Democrats in that race are hopeful of victory, the primary also might advance two Republicans to the November general election.

Above all, with election season drawing closer, these new numbers help further define the serious races — and challengers — to watch.

The other two candidates in the race, Democrats Bobby Bliatout and Ricardo Franco, reported $45,372 and $20,492 raised, respectively.

Despite Janz’s fundraising achievements, it is clear that he is also quickly learning the demands of a high-profile campaign. In trying to keep up with Nunes’ spending and boost his profile in the district, Janz spent $589,781 in the quarter compared to Nunes’ $559,467.

The controversy surrounding Nunes’ memo saga, along with his position as a powerful and influential member of the House, has brought the spotlight to CA-22 and attracted a large number of donations for Nunes and Janz from outside the district.

Both candidates received low proportions of their itemized donations from within the district – 25% for Janz and 14% for Nunes.

However, the difference in average amounts indicates that, though similar in their geographically-broad support, the overall trend between the two candidates is quite different.

While Nunes’ average donor gave approximately $1,163, Janz’s average was only $42. This average is incredibly low for the total raised and was driven by $695,200 in small unitemized contributions. Among Janz larger donors – those who gave over $200 and were itemized in the quarter-end filing – the average was still low: $263.

Meanwhile, Janz received only $7,300 from PACs.

This trend clearly signifies a divergence between the candidates: Janz has attracted a populist base riled up about Republican leadership while Nunes continues to embrace the support of interest groups.

This trend clearly signifies a divergence between the candidates: Janz has attracted a populist base riled up about Republican leadership while Nunes continues to embrace the support of interest groups.

In the seat held by incumbent Rep. Jeff Denham, six other candidates, one Republican and five Democrats, are vying to win.

Democrat and farmer Michael Eggman is challenging Denham for the third time after losing in 2014 and 2016. He raised a first-quarter total of $204,884 after jumping into the race fairly late, and ended the period with $170,393 remaining.

Along with Eggman, former venture capitalist and now Modesto Junior College business instructor Josh Harder is seen as one of the Democrats with a chance of unseating Denham if all the stars align.

Given his past in Silicon Valley finance, Harder has been a strong fundraiser, but most of his donations have come from outside the district.

At the end of the period, Harder held the most of any challenger with $816,928 on hand.

Accusing Denham of “hiding from public engagement” Howze appears to be putting an effort into running – he loaned himself $135,000 and raised another $6,630.

With the Democratic vote split five ways (six if you count Dotty Nygard, who withdrew from the race after the filing deadline but will still appear on the ballot), it is quite possible that Howze could garner enough splinter or strategic votes to set up an all-Republican runoff in November.

While Denham is favored in November, the results, particularly for the June primary, are cloudy. That’s because of the large field.