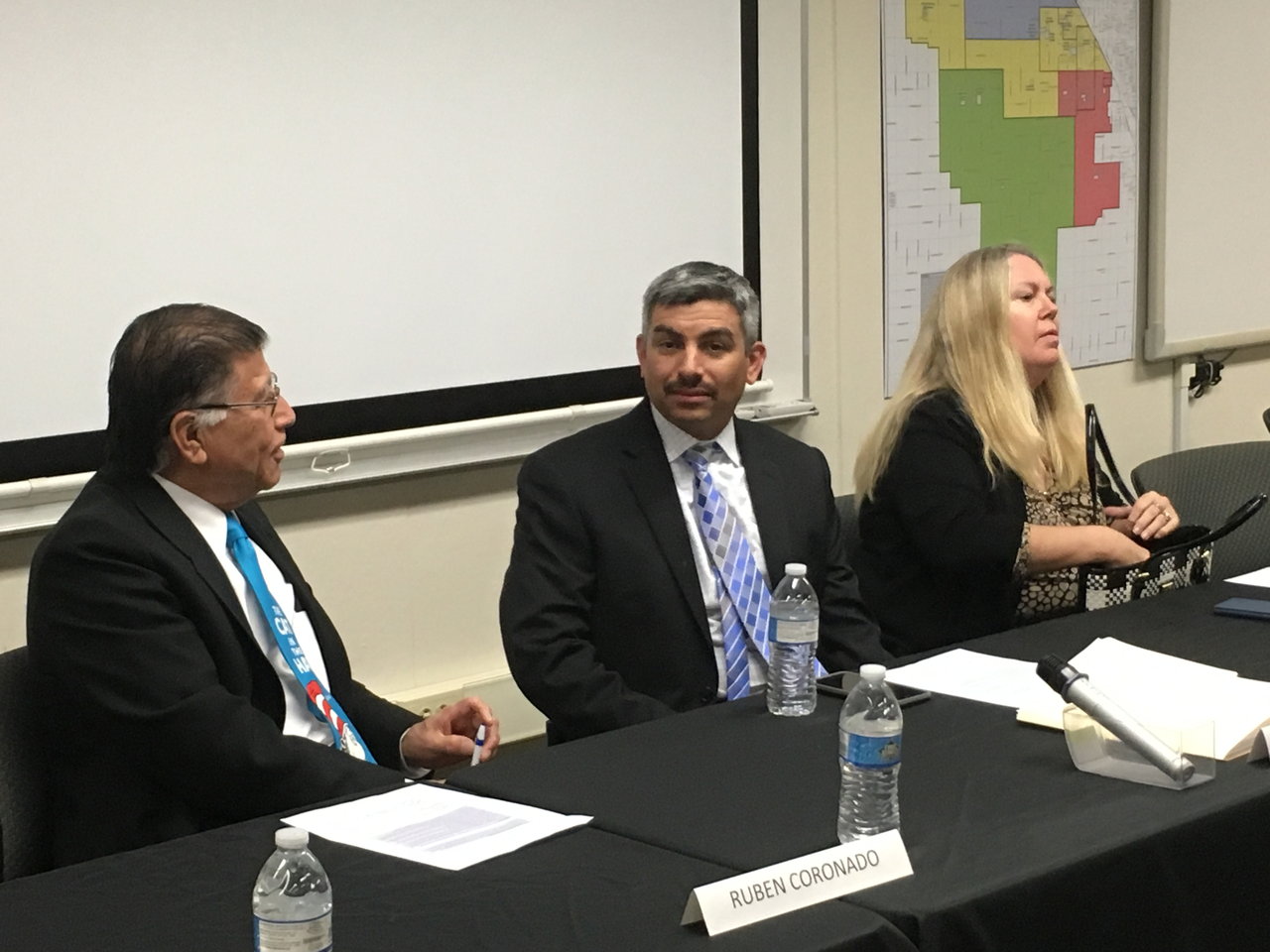 While an advocacy group awaits the OK from the county clerk’s office for a recall of two Central Unified trustees associated with the firing of Superintendent Mark Sutton, a third trustee, Terry Cox, is the target of a second effort.

Cox was one of three trustees to vote against Sutton’s Feb. 27 dismissal. According to the clerk’s office, Richard Martinez filed a notice of intention to circulate petitions to recall Cox on April 12.

“It’s retaliation for the fact the community is trying to right the Mark Sutton decision,” Cox said. “They are trying to take away one more vote for Sutton.”

Martinez, a business consultant, declined to comment. He ran against Cox for the trustee seat in 2016. Cox won with 53% of the vote. Martinez’s wife, Judee Martinez, is president of the union representing Central Unified teachers.

The firing of Sutton exposed divisions among community groups and the board. Many parents expressed their dismay over losing Sutton. They formed Central Community United PAC to organize the recall of Richard Solis and Phillip Cervantes. The group vows to vote three others out of office in November: Cesar Granda, Rama Dawar and Ruben Coronado.

Even though he voted against the firing, Cervantes is the subject of the PAC’s recall efforts.

Many in the group allege that the five trustees conspired to fire Sutton, possibly violating the Brown Act. They also accuse Martinez of orchestrating the meetings, an allegation he has denied. Granda, the board president, also has denied that the board violated the Brown Act.

The PAC is hoping to restore Sutton as superintendent once a new board is installed. Last week (April 10), the board voted 6-1 to start the process of hiring a new superintendent.

Cox and some community members have asked the board to hold off the hiring until after the November election. Sutton has expressed interest in resuming the job.

The notice of intention is the first step in the recall process. It alleges five grounds for Cox’s dismissal:

—  Despite a $24 million budget surplus, the district has failed to hire sufficient counselors and instructional aides.

— “Mrs. Cox is the principal instigator in a recall effort that is dividing and hurting our Central community!”

— “Mrs. Terry Cox has failed our students and community!”

The petition is signed by 12 people.

Cox said that she plans to file a formal response with the clerk’s office.

“Their statements are inaccurate,” Cox said. “They are slanted without all the information pertinent to that discussion.”

“Teachers and staff always keep their focus on why we’re here: to educate and make a difference in the lives of our students.” — Interim Superintendent Kelly Porterfield

The school board appointed Kelly Porterfield as the interim superintendent March 6. In an interview Monday, he said he wanted to make that sure kids are the top priority.

“Regardless of what happens to board members in regular or recall elections, our district-wide administration, teachers and staff always keep their focus on why we’re here: to educate and make a difference in the lives of our students,” Porterfield said.

“Student learning and growth are always at the forefront of our minds and we try not to allow external distractions to deter us from our mission.”

The recall notice also includes a proof of service, a document stating that the notice was legally served to Cox. The trustee says that it didn’t happen.

Cox has sent a letter in rebuttal.

“The declaration of Proof of Service is fraudulent and … Santillano perjured herself. I have documentation and personal statements that verify … Santillano could not have served the papers as she stated on April 5 at 2:27 pm,” Cox wrote.

Cox says she was at her office at the time, behind secured doors.

GV Wire left a message for a number listed for Santillano but did not hear back from her before publication.

Cox sent the letter to Fresno County Clerk Brandi Orth, as well as the Fresno County District Attorney’s Office and the secretary of state among others.

Orth’s office said it will continue to process the recall until instructed otherwise by a court order.