With Hanson Ousted, It's One and Done for Ashjian 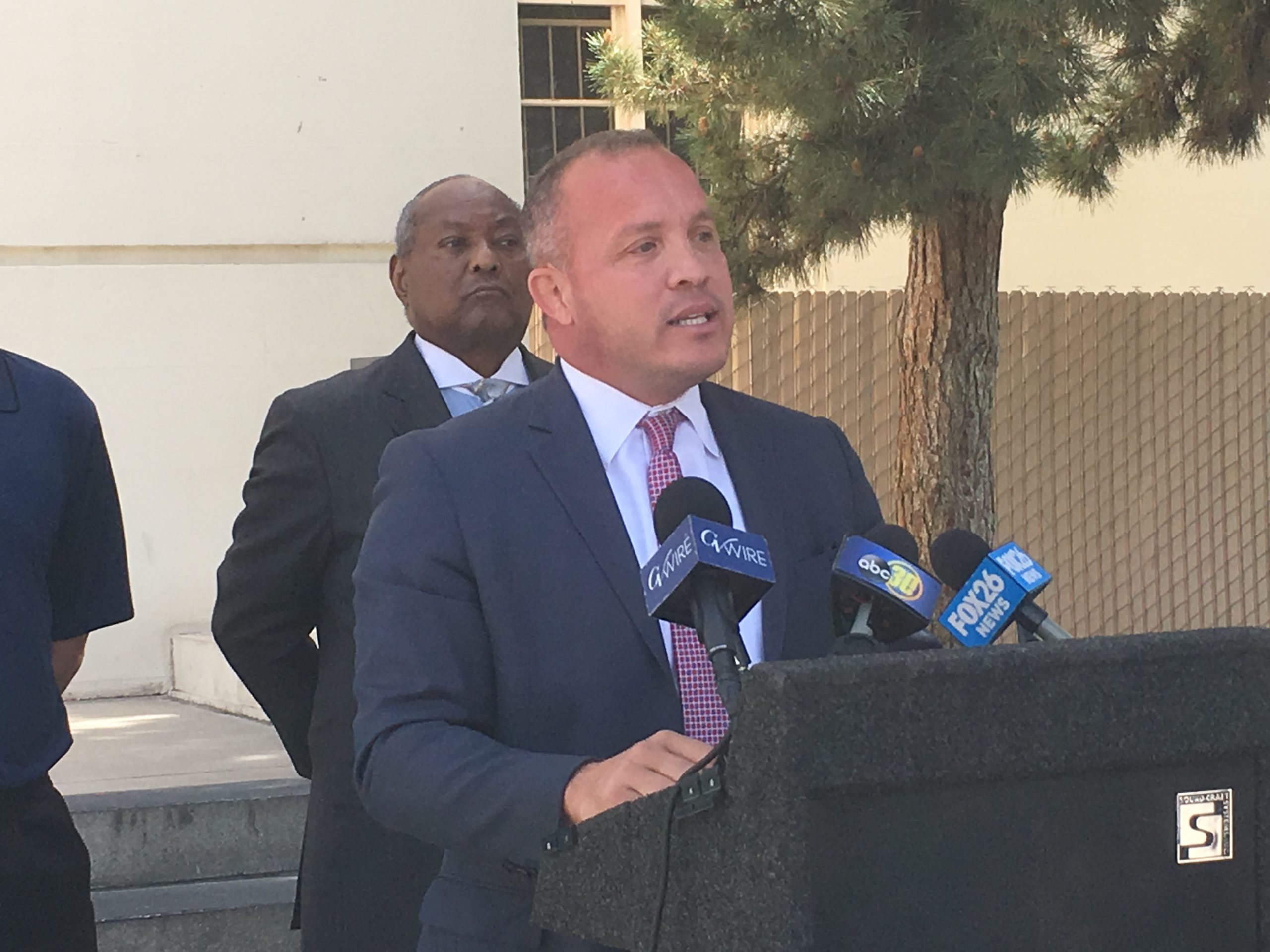 The fact that Bob Nelson is the Fresno Unified School District superintendent might be the biggest reason that Brooke Ashjian isn’t running for a second term as the Bullard High School area trustee.

Ashjian supported Nelson’s ascension from assistant to full-time education chief. More than that, Ashjian made ousting Nelson’s predecessor, Michael Hanson, one of his top goals.

“I won’t be running for school board in the coming election. I feel that I’ve run the course. I finished the task and I’ve set the place for success.” — Fresno Unified Trustee Brooke Ashjian

During his news conference in front of Fresno Unified’s downtown headquarters Wednesday (April 11), Ashjian announced that he was pulling the pin after one term. Nelson attended the announcement.

“I won’t be running for school board in the coming election. I feel that I’ve run the course. I finished the task and I’ve set the place for success,” Ashjian said.

“We have an outstanding superintendent that is leading the charge. We’ve changed the actual, physical makeup of the board. We’ve outed the old superintendent (amid) controversy and concerns,” Ashjian said.

Hanson, in a short statement to GV Wire, said of Ashjian, “I wish him well.”

Taking Control of the Board

The board fired Hanson in January 2017. That came a month after Hanson, the longtime superintendent, said he would exit the district in August 2017.

Ashjian won election in 2014 in a landslide, garnering 83% of the vote. Two years later, he campaigned for Elizabeth Jonasson Rosas and Claudia Cazares to win seats on the board. Along with board ally Carol Mills, Ashjian had a majority to carry out his initiatives. He served as board president in 2017.

“I promised to be a fighter for our children. I never backed down from a fight, whether it was the media, parents, or children — no matter what it was. If I felt I was right,” Ashjian said.

“I’ve never been a politician. I’ve been a parent and a business guy. I don’t know how I stayed in business these last four years with all the time I spent here in these buildings (pointing to the district office).”

Ashjian battled many controversies in his term. Among them: his controversial comments about sex education and the LGBT community that offended many. He withstood repeated calls to step down as board president and for the board to remove him from the leadership position. He even opposed the district’s Measure X construction bond, which was passed by voters.

“I can tell you that among all of the controversy, my companies have prospered better than they ever have prospered because of the people who appreciate an honest person willing to tell the truth. That’s what I feel like I’ve done.”

Ashjian said he ran “to clear the cloud of corruption” and “restore accountability and bring back truth and transparency to the education system that Fresno so desperately needed.”

He cited ridding the district of the lease-leaseback construction method, initiating ShotSpotter and revving up career technical education programs as his top accomplishments.

Will Ashjian Endorse in the Bullard Seat Race?

Ashjian said he has someone specific in mind to endorse as his successor in the November election. However, Ashjian said he will hold back on the endorsement until that person publicly declares for the seat.

He said he looks forward to returning to his family life and concentrating on his construction business.

Newsom’s Support Drops in PPIC Poll. Should He Be Worried?